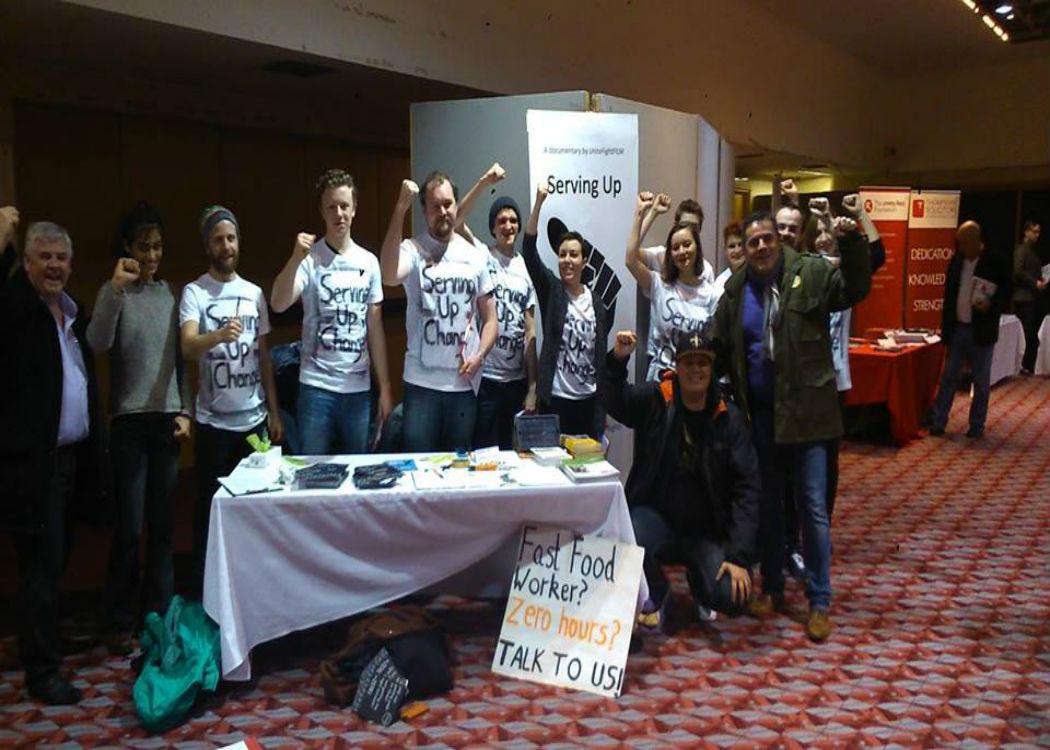 Young workers are demanding a PS10 per hour minimum wage, an end to zero hours contracts, and union recognition

YOUNG fast food workers in Glasgow are set to launch a day of action, protesting against fast food outlets they claim are engaged in exploitative work practices.

The newly established Fast Food Rights (FFR) open branch in Glasgow, which organisers claim has gained around 50 members across workplaces in recent weeks and is attached to the Bakers, Food and Allied Workers Union (BFAWU) will take to the streets of Glasgow on Thursday (14 April).

“Workers in many different industries have been rallying behind the campaign building it in strength and in numbers.” Lorna McKinnon, BFAWU

Lorna McKinnon, chair of the Glasgow BFAWU branch said: “Our newly established FFR branch has been grown significantly with young workers at the front of it, leading the battle to win PS10 an hour, and end to zero hours and union rights and recognition. We are but one example of similar FFR branches that are springing up all over the country.

“The campaign targets issues that are widespread, low pay, zero hours, lack of dignity and respect, so the scope of the type of workers involved has been far and wide. Workers in many different industries have been rallying behind the campaign building it in strength and in numbers.”

Read: How young people are changing the face of trade unionism in Scotland

The new fast food workers union movement has emerged partly out of a youth campaign against exploitative work practices in Scotland. The Better than Zero group, established by young trade unionists in 2015, has conducted a spree of creative protests and direct actions in Scotland’s hospitality industry in recent months.

The Glasgow day of action has been organised to co-incide with the international day of solidarity actions, called for by the Fast Food Rights global campaign. The movement has had successes in the US, where fast food strikes have seen some of the countries lowest paid workers achieve better pay and conditions.

Some of the largest fast food companies – McDonald’s, Burger King and KFC – make billions of pounds in turnover, while enforcing poverty pay on employees.

The social security system in Scotland subsidies low pay by billions of pounds every year.