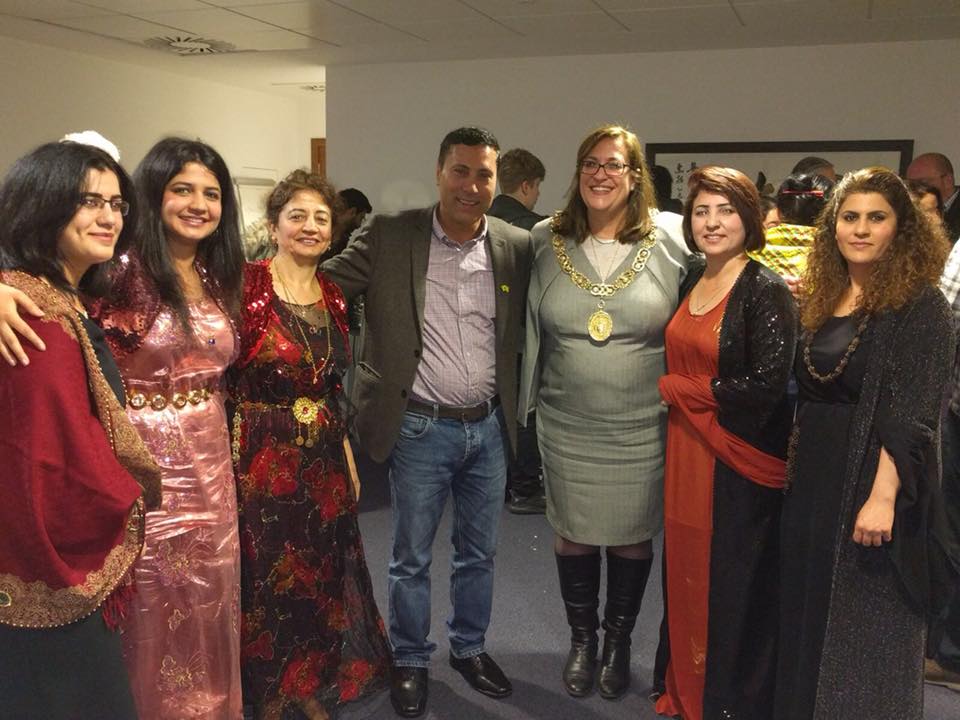 LORD PROVOST OF GLASGOW Eva Bolander addressed a Scottish Solidarity with Kurdistan event on Wednesday night to mark the third anniversary of the Kurds’ success in pushing Isis, or Daesh, out of the city of Kobane in northern Syria.

The event also celebrated the birth of a new democracy in Rojava, in which Kobane is one of three cantons, and where direct democracy, gender equality, and representation of minorities have been fully embraced.

SNP Councillor and Lord Provost Eva Bolander recognised the oppression faced by the Kurdish people and called for support for their cause.

“I am very much encouraging people to mobilise and add their voice to yours,” Bolander told attendees, many of whom were from the Kurdish community themselves.

“The plight of the Kurdish people didn’t start three years ago,” she said. “It started long before that.”

Bolander recalled meeting Kurdish people years ago in her home city of Stockholm, when atrocities were being committed against the Kurds in Iraq under Saddam Hussein.

As someone who emigrated to Glasgow from Sweden herself, Bolander said that her message to Kurdish people coming to Glasgow was: “I want to help you as much as I can”.

To the Kurdish people struggling against Isis and oppressive regimes around the world, she said: “From Glasgow I want to say we send our best wishes.” 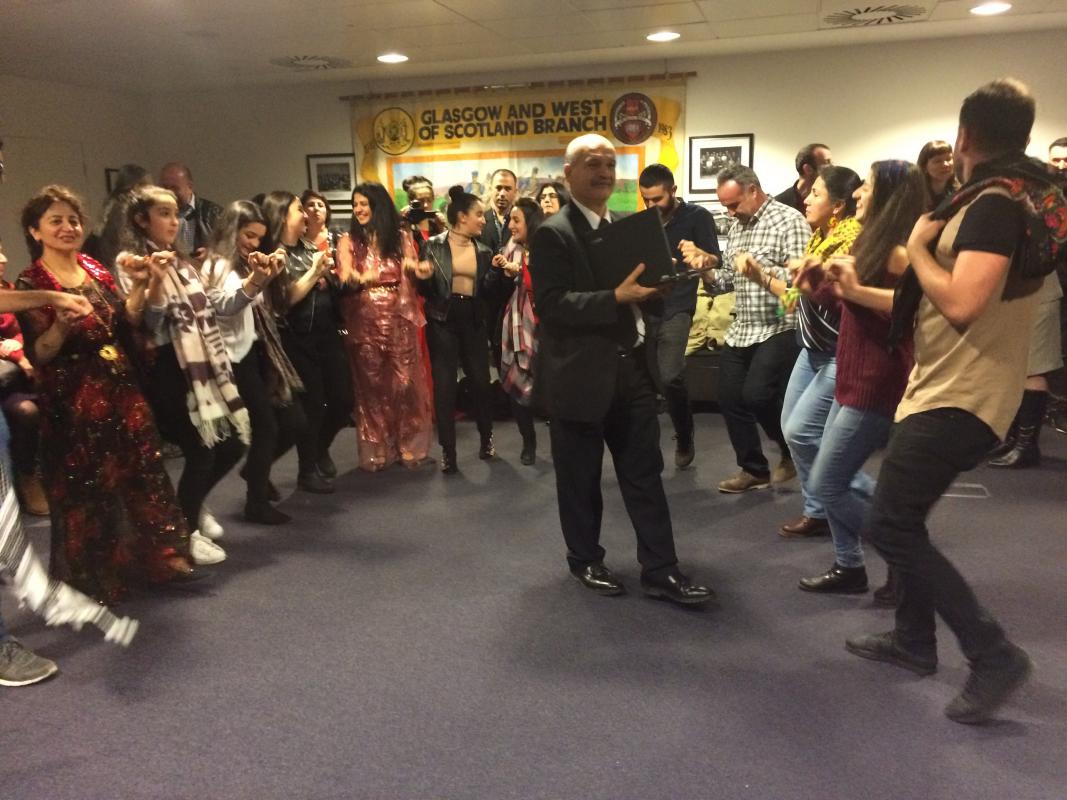 “In [Isis’] ideology if they capture one Kurd and kill and behead them, they are going to heaven.” Mustafa Suleman

Scottish Solidarity with Kurdistan co-convener Roza Salih interpreted for Mustafa Suleman, who came to Scotland from Kobane eight months ago, and recalled the horrific scenes of violence to which the city bore witness.

Having been surrounded on three sides by Isis, Suleman said, the people of Kobane were displaced and had to seek refuge.

“However”, he said, “Turkey closed the border and they did not allow anyone to seek safety [until] the international community spoke out and demanded that Turkey open the border.”

“When Isis captured some of the villages they killed elderly people and massacred the people who stayed behind,” Suleman said. “They beheaded people in front of their families.”

Suleman said that around 1700 people were killed in these massacres.

“Isis says Kurdish people are Kafirs’ – infidels, they are not Muslims and so they should be killed”, he explained. “In their ideology if they capture one Kurd and kill and behead them, they are going to heaven.”

While the Kurdish people are Muslim, Isis considers them as enemies because they do not follow and practice the religion in keeping with the fundamentalist doctrine which Isis propagates.

“It should be a celebration – not only of the victory over Isis, but of the vision they created.” Stephen Smellie, Scottish Solidarity with Kurdistan

Stephen Smellie, co-convener of Scottish Solidarity with Kurdistan, who visited Kobane as part of a delegation, said the reasons to celebrate World Kobane Day were numerous.

The Kurdish people’s perseverance and success against Isis in spite of an initial absence of international support, he said, was “reason enough to celebrate”. This, he said, was a clear-cut case of the “good guys” beating the “bad guys”.

However, he argued: “What they were fighting for was more than to defeat Isis.”

Smellie explained that the Kurdish people in Kobane and the rest of Rojava were determined to establish a society in which women played an equal role – with committee positions for women, and co-Mayor roles to allow men and women to act in leadership positions.

“They’re the only people fighting for gender equality in that region,” he said. “For those reasons it should be a celebration – not only of the victory over Isis, but of the vision they created.”

This vision was pioneered by Abdullah Öcalan, a founding member of the Kurdistan Workers’ Party (PKK) in Turkey. Öcalan has been imprisoned for the past 18 years as a result of his role in the PKK, which is classified by Turkey, the UK, USA, EU and others as a terrorist organisation.

The event on Wednesday night honoured Öcalan’s role in the Kurdish movement and called for support in the campaign for his release. Smellie argued that the Kurdish struggles around the world must be viewed as interconnected, and drew attention to the oppression faced by the Kurds in Turkey.

Scottish author James Kelman, who has long been a supporter of Kurdish liberation and has questioned the classification of the PKK as a terrorist organisation, also spoke at the event.

Kelman said: “Contrary to what the establishment are telling us, the PKK are very willing to move and respond to change.”

He argued that the PKK had for years “been looking at things like devolution”, because they had realised how hard independence would be to achieve.

“Don’t dismiss the situation because of a label” was Kelman’s message, adding that people “should not be scared to support the PKK”.

However, he acknowledged, there are legal difficulties in this position because of the PKK’s terrorist classification in the UK. “To stand here and talk about the PKK right now I can be arrested – it’s a criminal act,” he said.

The event raised £500 to add to the £8000 of funds raised by Scottish Solidarity with Kurdistan for a school in Kobane, and attendees were invited to sign an open letter to Theresa May asking that the UK Government provide “material, political and logistical support” to the people of Kobane, Syria and Iraq who are rebuilding their communities following conflict with Isis.

Picture courtesy of Scottish Solidarity with Kurdistan and CommonSpace