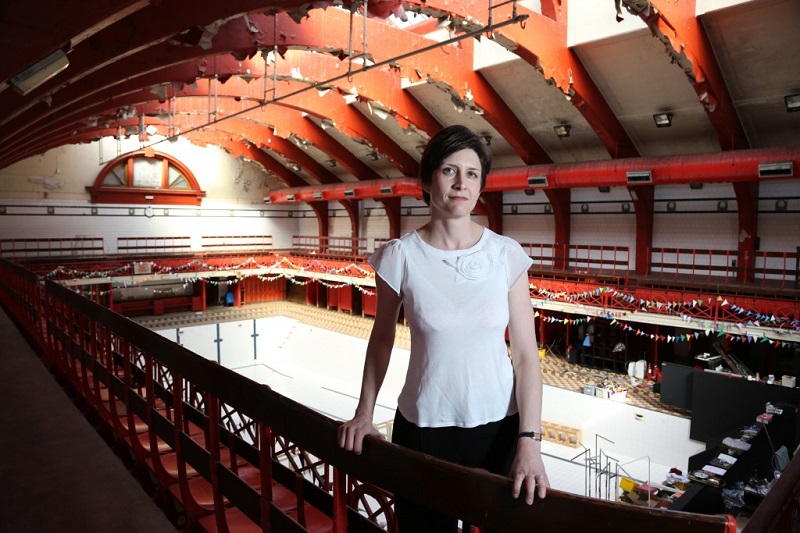 GOVANHILL BATHS has been hit with a funding rejection from the Scottish Government’s Regeneration Capital Grant Fund (RCGF) for a second year, reportedly jeopardising other funding secured by the trustees who have fought for 17 years to keep the building open.

Speaking to CommonSpace, SNP MP for the area Alison Thewliss described the decision by the RCGF to “overlook” Govanhill Bath’s bid as “deeply disappointing”.

“I am deeply disappointed by the recent decision made by the RCGF to overlook the Govanhill Baths’ bid for £2.1m of funding for their project proposals,” Thewliss said.

She added: “The plans to redevelop Govanhill Baths are the very embodiment of community empowerment, particularly as over 600 people bought Community Shares in the Baths to help with the funding effort. It is a shining example of people coming together for the benefit of their community.

“All this makes the decision not to grant funds all the more disappointing. I have spoken to Govanhill Baths Community Trust (GBCT) to discuss this matter, and to offer my ongoing support for the project in any way possible.”

Operated by GBCT, the Baths are owned as a cooperative model with nearly 600 locals owning shares. Since Glasgow City Council closed the building in 2001, the group have fought the keep it open and used it to fundraise for a regeneration plan.

Scottish Labour list MSP for Glasgow Anas Sarwar has lodged a motion in the Scottish Parliament, noting calls for the project to be “celebrated and financially supported as an inspirational campaign and a community ‘doing it for themselves’ in the face of adversity”.

Speaking to CommonSpace, Sarwar said: “I share the disappointment of the Govanhill Baths Community Trust and local residents on the refusal of their funding application. I have lodged a motion in the Scottish Parliament recognising the important work it does in regenerating the community and their local built environment.

“It is a shining light in a community blighted by poverty and deprivation.” Anas Sarwar MSP

“The project is owned by 580 local people as a Cooperative “Community Benefit Society” and has a footfall of over 20,000 people even before the exciting plans for refurbishment. It is a shining light in a community blighted by poverty and deprivation.

“That is why Govanhill Baths should be celebrated and financially supported by an inspirational campaign and a community delivering change in the face of adversity.”

Fatima Uygun, trust manager of GBCT, told CommonSpace that the support shown to the group since the decision was made public had been “overwhelming”. She said: “We wish to thank all our friends and supporters for their messages of support in the last 48 hours.

“We have been overwhelmed by phone calls, emails and messages on social media. This underlines why we will fight on to make sure the refurbishment goes ahead, it’s far too important to far too many people to accept this decision. United We Will Swim!”