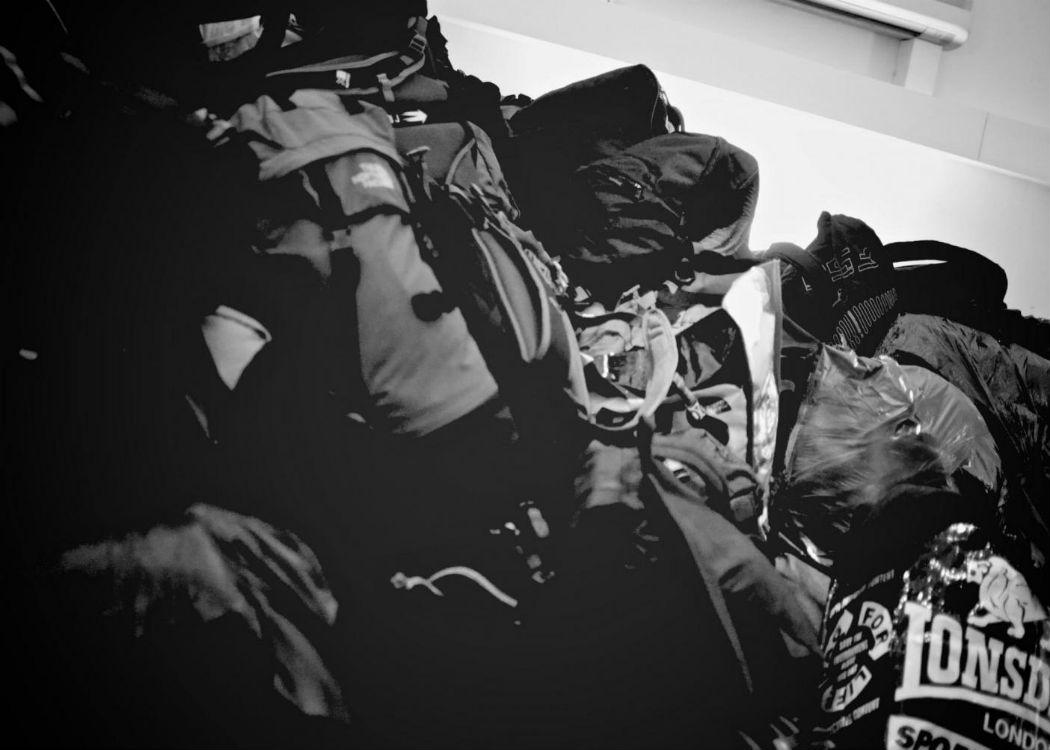 Community organisation The Invisibles are set to take the Glasgow reins of one of the UK’s biggest collection events in aid of the homeless community.

The Rucksack Project – which collects essential items for homeless people through donations submitted in rucksacks – has seen the greater Glasgow community, alongisde growing support from wider Scotland, contribute to around half of the total UK collections of life-saving goods, producing 4,000 of the 10,000 collected in 2013.

Donations doubled in the 2014 collection in Glasgow to way over 8,000 individual rucksack donations from generous locals, set to be a much larger proportion of the UK-wide event’s total yearly haul.

Now, the Glasgow operation is set to be taken over by The Invisibles, founded in 2014 after Celtic fan Dermot Hill, a Scotstoun local, published a blog post asking for help in setting up a sleeping bag collection.

He was prompted by his first-hand experience of witnessing poverty as a nightshift railway worker in Scotland. The idea quickly snowballed via Twitter and the wider network of Celtic supporters, resulting in an organised meeting in February.

The group’s first major campaign was a sleeping bag collection after T in the Park which collected around 1,100 in total to distribute to collaborating organisations, including the Marie Trust, the Simon Community and Glasgow City Mission.

Spokesperson Mark O’Brien told CommonSpace that the success was down to using a collaboration of “new and old media”, and to the “social responsibility” of gig-goers. He said that many donations were “just normal folk who turned up to get a much-needed job done”, especially motivated after having seen the controversial ‘homeless spikes’ in the cities of London and Glasgow.

O’Brien explained that the group chose the name ‘The Invisibles’ because of the societal impression of the homeless. He said that they wanted to emphasise the dehumanisation of the homeless as citizens who often “remain in the background”, and on the periphery of society.

“We’re just all normal Glaswegians ourselves,” he continued, “coming from all different walks of life: bank workers, railways, trades, teachers.”

O’Brien emphasised the role the group plays in connecting with front-line organisations: “We find out from the shelters exactly what they need, and we can do campaigns,” he said.

The group has received help from many collaborating organisations including the Celtic Supporters Association and Parkhead Housing Association.

“It makes a significant difference to our work,” he said. “These guys are spending their valuable time and energy trying to organise things Glasgow-wide and even further afield.”

According to member Tommy Lamb, aside from taking charge of the successful Rucksack Project from organiser Lorna McLean and continuing collection campaigns, The Invisibles are interested in organising a more user-friendly website, including a series of educational videos about the extent of homelessness in Scotland, and the impact it has on individuals’ lives.

They are currently looking for any help in achieving these goals, and welcome any advice and offers of help.