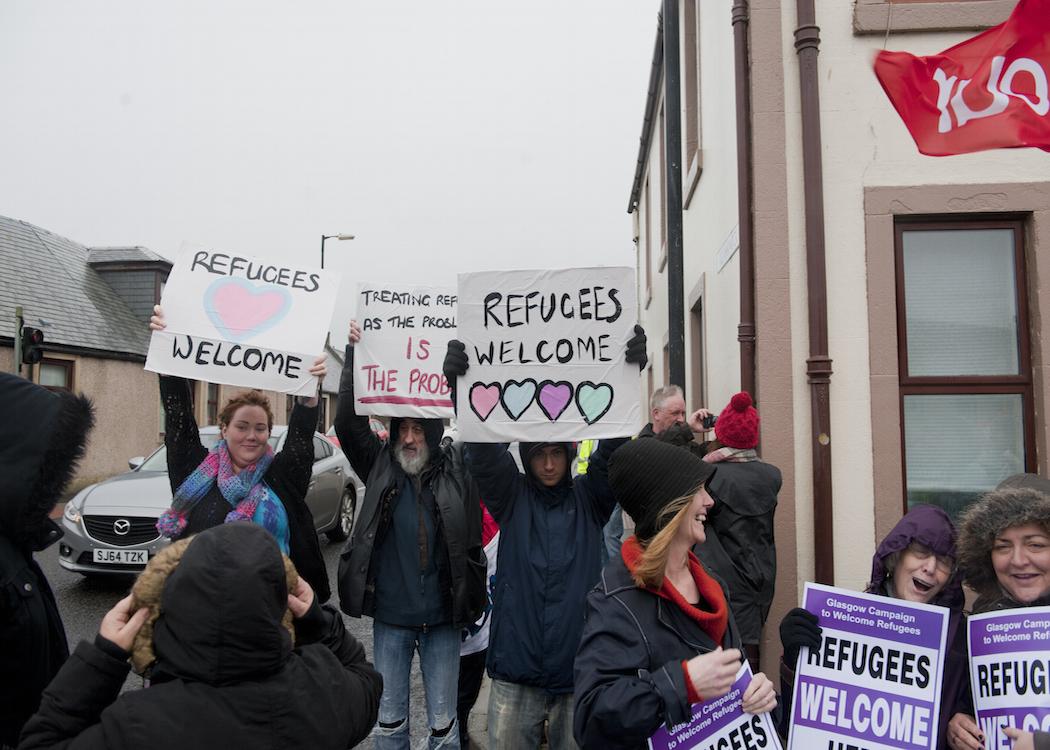 Refugees from Syria are set to arrive in Glasgow in the first stage of the government resettlement programme.

THE first of several charter flights will bring people to Scotland directly from camps around Syria today.

Around half of the 100 refugees will be housed by Glasgow City Council, with 10 other local authorities preparing to accommodate families.

Deputy council leader Archie Graham said: “Glasgow doesn’t turn its back to those facing a humanitarian crisis and our record on welcoming refugees is one that should be an example to all Scottish councils, as well as the Scottish and UK governments.”

South Lanarkshire will take two families and expect 60 more people over the next year. Council leader Eddie McAvoy said his council had been quick to offer help when the crisis first started, and added: “I am sure they will receive a good Scots welcome in their new communities.”

However, a Facebook event inviting people to welcome the refugees at the airport has been cancelled, with the Home Office deciding to keep refugees out of public areas due to fear of negative attention. A rally to welcome refugees will take place on 28 November at Glasgow Green; a rally will also take place in Aberdeen as part of the annual St Andrew’s Day anti-racism weekend.

The Syrian Vulnerable Persons Resettlement Scheme will see local authorities taking the most vulnerable refugees, some of whom have survived torture and violence. They have come from camps near Syria and have passed stringent background checks, something emphasised by Home Secretary Theresa May after unconfirmed rumours were spread that the Paris terrorist attackers posed as refugees.

David Cameron increased the quota after coming under fire for the very low numbers of refugees accepted so far compared to other European countries. Since the Syrian crisis began in 2011, the UK has accepted 4,980 Syrians and deported 145. Germany has accepted 105,000.

After the picture of toddler Alan Kurdi , who drowned in the dangerous sea crossing to mainland Europe, spread around the world, public pressure forced the UK Government to take in more refugees from the Syrian conflict.

More than a quarter of a million people have lost their lives in the Syrian civil war, with 11 million forced to flee their homes. Half of these refugees are children. The war has seen chemical weapons and bombardment used against civilians as well as human rights abuses committed by both government and rebel forces.

Glasgow has been an official dispersal zone for refugees since 2000. Immigration is wholly reserved to Westminster, and the Home Office has come under fire for its policies of dawn raids, indefinite detention and mass-deportation.

Scottish Government minister Humza Yousaf said in 2014 that his government would close Dungavel detention centre and immediately cease all dawn raids if it held the power.