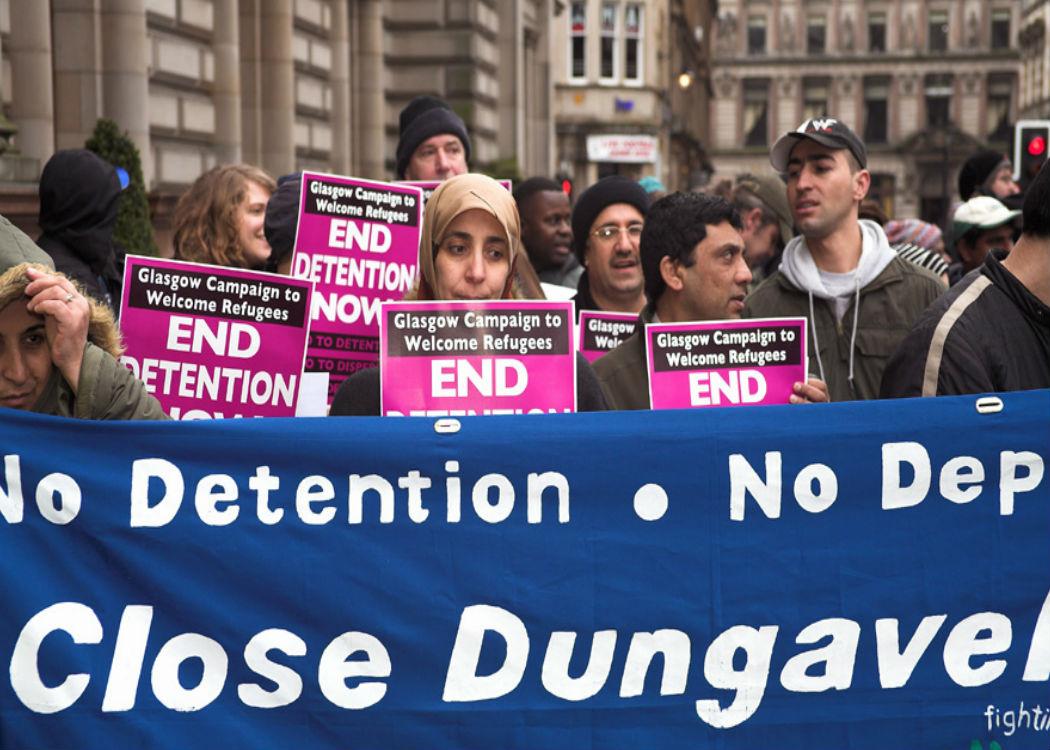 A DEMONSTRATION has been called in Glasgow after a 33-year-old Indian man died in Yarl’s Wood detention centre in Bedfordshire.

Protesters will gather at noon on Thursday 23 April at the Glasgow immigration reporting centre on Brand Street.

It follows the death of Pinakin Patel in detention on Monday in a suspected cardiac arrest.

A source inside Yarl’s Wood told CommonSpace that Patel and his wife had been held in detention for two months (click here to read more).

According to the detainee, the couple had arrived on a valid six-month tourist visa and had planned to tour the UK but had been taken straight to Yarl’s Wood from the airport upon arrival.

The source also said that the couple had a young child back in India.

According to the Glasgow protest’s Facebook event, the demonstration has been called because of a “nation wide emergency as deaths keep on happening due to lack of adequate medical care and an abusive immigration system that keeps criminalizing migrants”.

It continues: “Far too many people have died in immigration detention just as far too many have been allowed to drown in the Mediterranean. We are building the movement to tear down this barbaric Europe-wide racist policy.”

Jasmine Sillas from the Unity Centre said that the demonstration is called in solidarity with other actions taking place around the UK.

“We feel that no matter where we are in the UK its important to speak about the nature of detenion and deaths that continue to occur that are easily preventable,” said Sillas.

“Private organisations are making millions of pounds from detaining people and putting them in danger. We feel that detention cannot continue and there needs to be a humane alternative.”

A recent Channel 4 News undercover investigation uncovered incidences of racism and mistreatment of detainees at Yarl’s Wood which is run by private contractors Serco.

Two members of Serco staff have been suspended and an investigation into their behaviour continues.

Detainees at detention centres across the UK, including Dungavel in Scotland, recently staged a hunger strike to protest conditions and the lack of a term-limit on detention (click here to read more).

The Home Office refused a request from Scottish trade union and religious leaders to visit detainees inside Dungavel (click here to read more).

Britain is the only country in the EU that holds migrants indefinitely in detention centres.