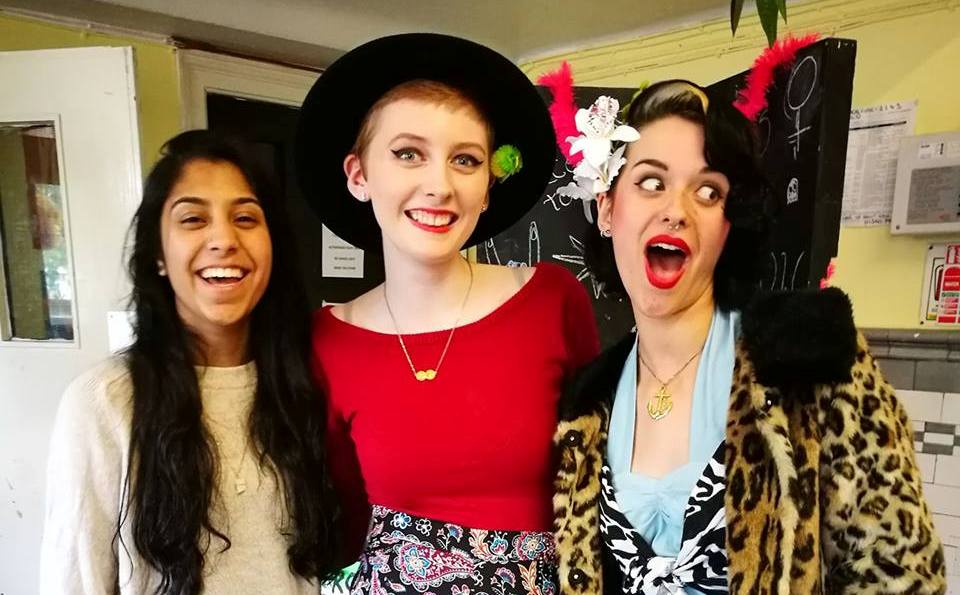 “AS A SMALL girl you can feel that everyone else has a voice and you don’t matter. It’s really important to give girls those places to build their confidence and know they deserve to be heard.”

Open to girls age 8-16, the week-long summer school takes its inspiration from riot grrrl, a feminist punk rock movement which originated in the USA in the early 90s.

Stewart first had the idea to establish the programme in 2014, when she learned that similar ideas had been established elsewhere. “I had a friend over from Canada who said she’d been to a feminist summer camp as a teenager, which I thought sounded amazing,” she says.

“I asked her if it still existed and she said no, but there was Girls Rock in America. There was also one in London, and one in Berlin, but there hadn’t been one in Glasgow before.”

Instantly inspired, Stewart read the handbook based on the American model – Rock ‘n’ Roll Camp for Girls: How to Start a Band, Write Songs, Record an Album and Rock Out by – and learned that the camp was about much more than music.

“Girls Rock has its roots in the riot grrrl movement, and the handbook, which has a foreword by Carrie Brownstein of Sleater Kinney, included chapters on self defence, punk aerobics, and women only spaces,” she recalls.

Four years later, and Stewart has already paved the way in bringing the empowering potential of “rock ’n’ roll” to girls in Scotland, having run three successful summer schools with the help of an enthusiastic team of volunteers.

The summer school is centred around team building and working towards a performance at the end of the week, so naturally music is integral to the programme – but, Stewart explains, it’s also about teaching the girls everything from positive body image and self-compassion, to mindfulness and yoga. 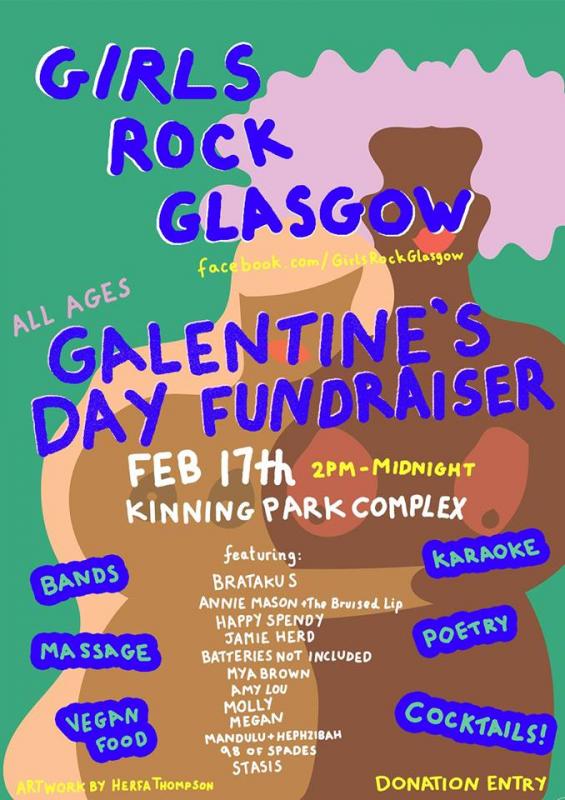 “Last year we ran our first workshops on consent,” Stewart says. “We separate the girls into two age groups, so in the youngest group it was just about troubling behaviour and people touching you and learning to ask.”

With around 30 volunteers each year supporting the 40 participants, the girls are also given the chance to learn from local female musicians.

“One year we had Stina Tweeddale from Honeyblood volunteer, we have Sarah Glass from the Fonords on our board, and we’ve had other established musicians as well as younger female musicians starting out,” Stewart says.

“What we do through our volunteers is provide good role models to show girls that women come in all shapes and sizes, some are butch, some are femme, and there are many different ways to be a woman,” she explains.

“Volunteers do this out of love, to provide those places because we want to be for girls of all backgrounds.” Jude Stewart, Girls Rock Glasgow

Inclusivity is central to Girls Rock Glasgow, and the summer school has featured workshops on LGBT issues. “We’re about equality and that includes LGBT equality,” Stewart says.

“We have LGBT participants and board members, and we’re open to anyone who defines themselves as a girl, but we have also had non-binary participants and that’s not a problem, as long as you’re a feminist.”

Part of this ethos of inclusion is ensuring that money is not a barrier to participation, and this is where the fundraiser comes in. At Kinning Park this Saturday, the Girls Rock volunteers will come together to host an all day, all ages Galentine’s Day “self care fiesta” featuring live music – including bands formed from previous years of the summer school – poetry, art activities, food, cocktails, karaoke, and massage.

Stewart explains: “The funds raised will ensure we can provide free places. It’s Galentine’s Day and it’s a celebration of love – volunteers do this out of love, to provide those places because we want to be for girls of all backgrounds.

“We are still waiting to hear about official funding which we’ve applied for, and probably won’t get, so we need that support. One year we had funding and were able to fund free places, and we’d love to be able to do that again, but we have to self fund, so last year we were able to fund 12 places for free.” 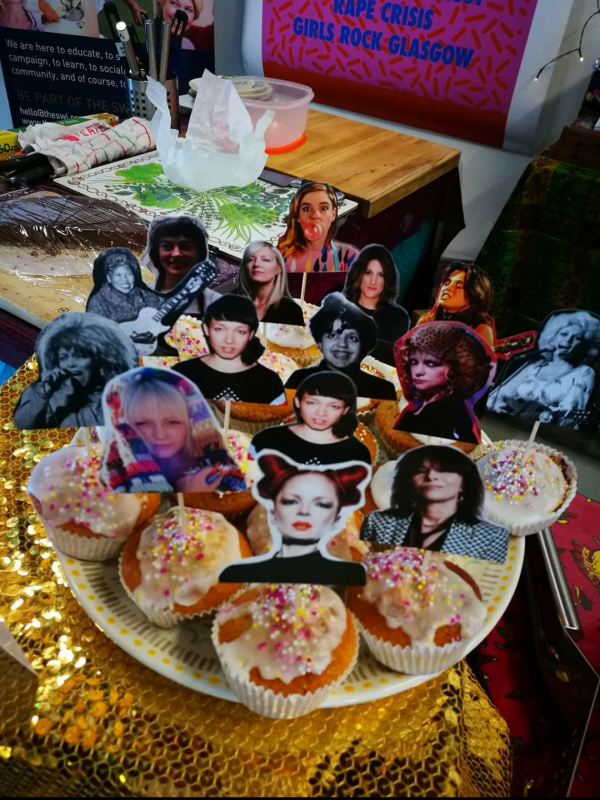 Stewart notes that the fact that the summer school is entirely volunteer led helps to keep costs down. “If it was paid like a youth theatre camp it would be much more expensive and exclusive to so many people,” she says.

While the summer school is centred around music and some of the girls who have attended have been “fabulously talented”, she says it’s also not necessary for participants to have any prior musical experience. “I think you’re very lucky if you have music lessons, so it’s really important that girls think they can try it out,” she says.

“We are also open to girls learning the technicalities like the sound desk, so you don’t have to be a singer or a brilliant guitarist – if you can keep a beat, that’s fab.”

Some of the former attendees have formed and continue to play in bands, Stewart says. For example, Batteries Not Included, and the 98 of Spades (featuring 10 year olds doing “a lot of screaming”, Stewart adds), both of whom will perform at Saturday’s event.

The location and date of this year’s summer school is yet to be confirmed, but details will be posted on the Rock ‘n’ Roll Summer School for Girls Glasgow Facebook page. In the meantime, consider heading along to the fundraiser – entry will be by donation.