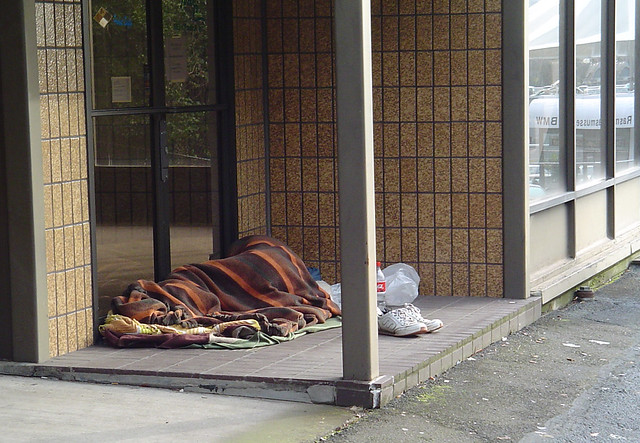 GLASGOW CITY COUNCIL has claimed that its disproportionate figures on failure to support vulnerable people facing homelessness, described by housing campaigners as “shocking”, is partly due to a “more comprehensive approach to data collection”.

The council was highlighted as a repeat offender in not supporting vulnerable people facing homelessness with temporary accommodation. Government statistics released today [26 June] show that 95 per cent of all people turned away from emergency services over the last year applied for assistance in Glasgow.

However, the council stated that they record homelessness figures differently to other local councils, and that this is one reason for the hugely disproportionate figure.

Councillor Mhairi Hunter, City Convener for Health and Social Care, said: “Glasgow is committed to tackling homelessness and rough sleeping. Glasgow Health and Social Care Partnership officials have volunteered to work with the Scottish Government to review data and methods of recording to ensure there is consistency across the country.  It appears that Glasgow is currently taking a significantly broader and more comprehensive approach to data collection than other local authorities.

READ MORE: Analysis: New statistics show funding has to catch up with policy in the fight against homelessness

“Glasgow also continues to invest millions in Rapid Re-Housing, including a commitment to the Housing First model, and has worked closely to support the third sector led multi-agency, city centre hub offering services to adults with multiple complex needs. Preventing homelessness and improving our service remains a core priority for the city council.”

Hunter also pointed to the failures of the UK Government’s Universal Credit welfare reform as a factor in increased application figures.

David MacIver, Shelter Scotland Glasgow Community Hub Manager, said: “These shocking figures come as no surprise to me and our team in Glasgow, as day-in and day-out we are helping people who have been turned away by the council, despite having a right to a home.

“We recognise that the council has agreed to a voluntary review on its awful failure to accommodate record, but in the meantime, we urge the council to do all it can to treat homeless people with the dignity and respect they deserve and grant them their legal right to a home.”

The number of homeless children in the city also rose for the fifth year in a row, with almost 2,000 living in temporary accommodation.

Gordon MacRae, head of communications and policy at Shelter Scotland, has said: “These statistics expose the devastating impact Scotland’s housing emergency is having on people’s lives. This is the human cost of our collective failure to build the homes we need. On an industrial scale, thousands of men, women and children are being denied their most basic right to a safe home.

“The question every citizen of Scotland must ask ourselves is how much longer are we prepared to tolerate the shame of increasing homelessness across Scotland.”

Homelessness numbers in Scotland overall have risen by three per cent, with over 36,000 applications over the past year.