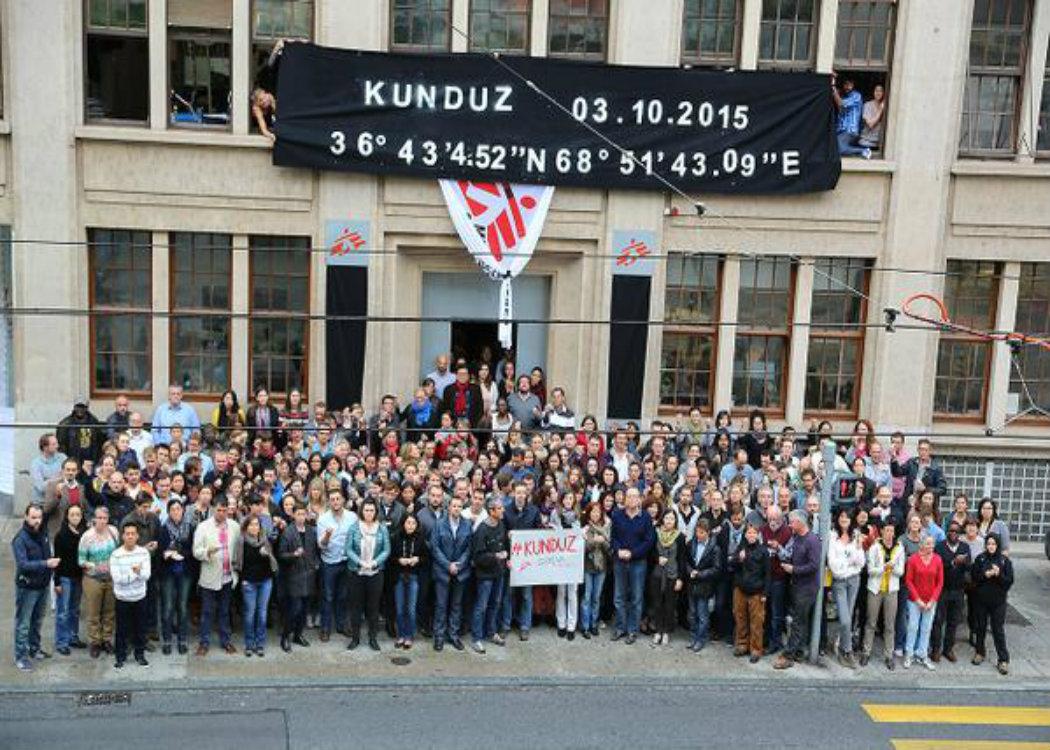 HUMANITARIAN AND HUMAN RIGHTS organisations across the world have joined with Doctors Without Borders in demanding a war crimes investigation following the US bombing of an Afghan hospital that resulted in the deaths of 22 medical staff and patients.

Health teams providing emergency aid support from Switzerland, Jordan, Hong Kong, France, Austria, Sweden, Norway, and the United Kingdom have signalled their solidarity with the Kunduz hospital in Afghanistan, which came under sustained bombardment from a US attack.

Campaign organisations Human Rights Watch and Greenpeace have also shown their support for an independent investigation, on the basis that a breach of international humanitarian law has taken place.

“The bombing of the hospital is a shocking development for Kunduz, where civilians and aid workers are already at grave risk from the fighting,” said Patricia Gossman, senior Afghanistan researcher at Human Rights Watch.

“All forces are obligated to do their utmost to avoid causing civilian harm.

“We agree & stand with Medecins Sans Frontieres in calling for #independentinvestigation into #Kunduz airstrike,” the organisation added.

Doctors Without Borders, Medecins Sans Frontieres in its French form, have called for an investigation follow the admission of US army forced that they were responsible for the airstrike that killed 12 medical staff and 10 patients, including three children.

Christopher Stokes, general director of Medecins Sans Frontieres (MSF) said: “Today [evening of Monday 5 October] the US government has admitted that it was their airstrike that hit our hospital in Kunduz and killed 22 patients and MSF staff. Their description of the attack keeps changing–from collateral damage, to a tragic incident, to now attempting to pass responsibility to the Afghanistan government.

“The reality is the US dropped those bombs. The US hit a huge hospital full of wounded patients and MSF staff. The US military remains responsible for the targets it hits, even though it is part of a coalition. There can be no justification for this horrible attack. With such constant discrepancies in the US and Afghan accounts of what happened, the need for a full transparent independent investigation is ever more critical.”

The United Nations High Commission for Human Rights suggested the strike may be a war crime, stating the attack was “inexcusable and possibly even criminal”.

US President Barack Obama has promised an internal investigation into the bombing. So far there has been confusion over why the attack took place. US officials have since claimed that Afghan sources requested that the bombing took place.