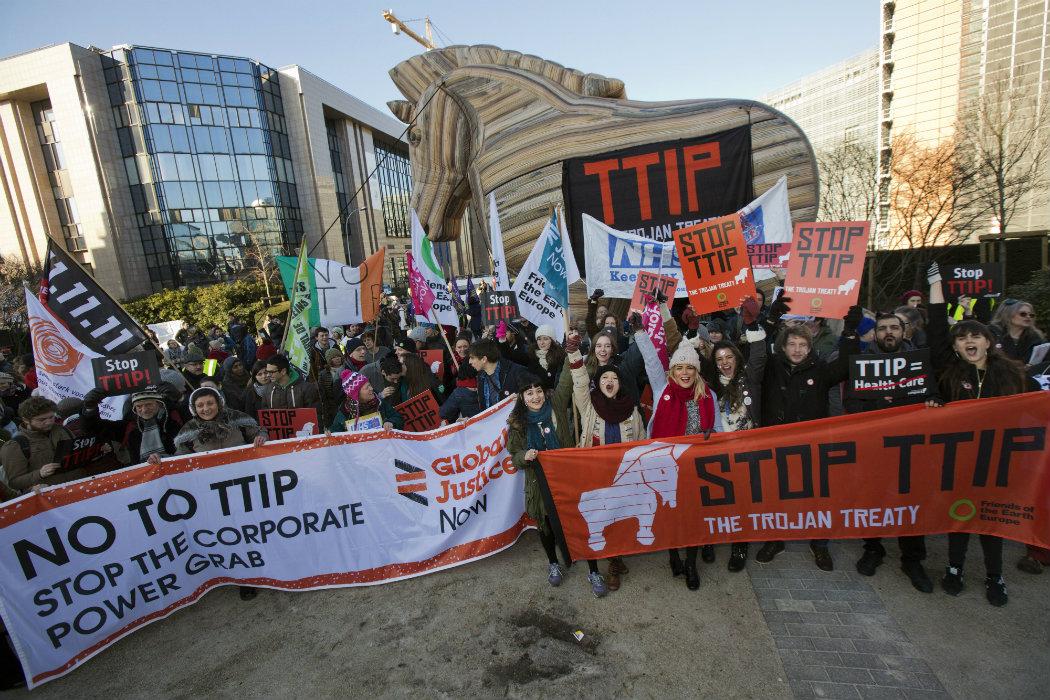 Speakers will discuss threats to democracy and environmental protection

CAMPAIGNERS seeking to stop the Transatlantic Trade and Investment Partnership will meet tonight [Friday 27 February] in Glasgow to consider what actions can halt the legislation.

The group, which campaigns for a more equal distribution of wealth, is critical of the ongoing TTIP negotiations between the US and European Union: “These negotiations are currently being decided in secret with the Scottish Government being given very little information about this.

“This deal undermines the sovereign power of a nation and opens the UK up to a free for all race for conglomerates and the super-rich to come and play at a huge detriment to the nation’s welfare and wellbeing,” the group continued.

Syriza, the new left-wing Greek Government, is opposed to TTIP. The French Government has also asked for opt outs.

The People’s NHS in the UK is campaigning to ensure that any treaty does not risk greater privatisation of the health service.

Following campaigning efforts from activists in Scotland, the Scottish Government has taken a more critical approach. After becoming First Minister near the end of 2014, Nicola Sturgeon said that public services should be exempt from TTIP arrangements.

The event is co-sponsored by the Radical Independence Campaign in Glasgow south side.

Click here for CommonSpace’s explainer article on the TTIP