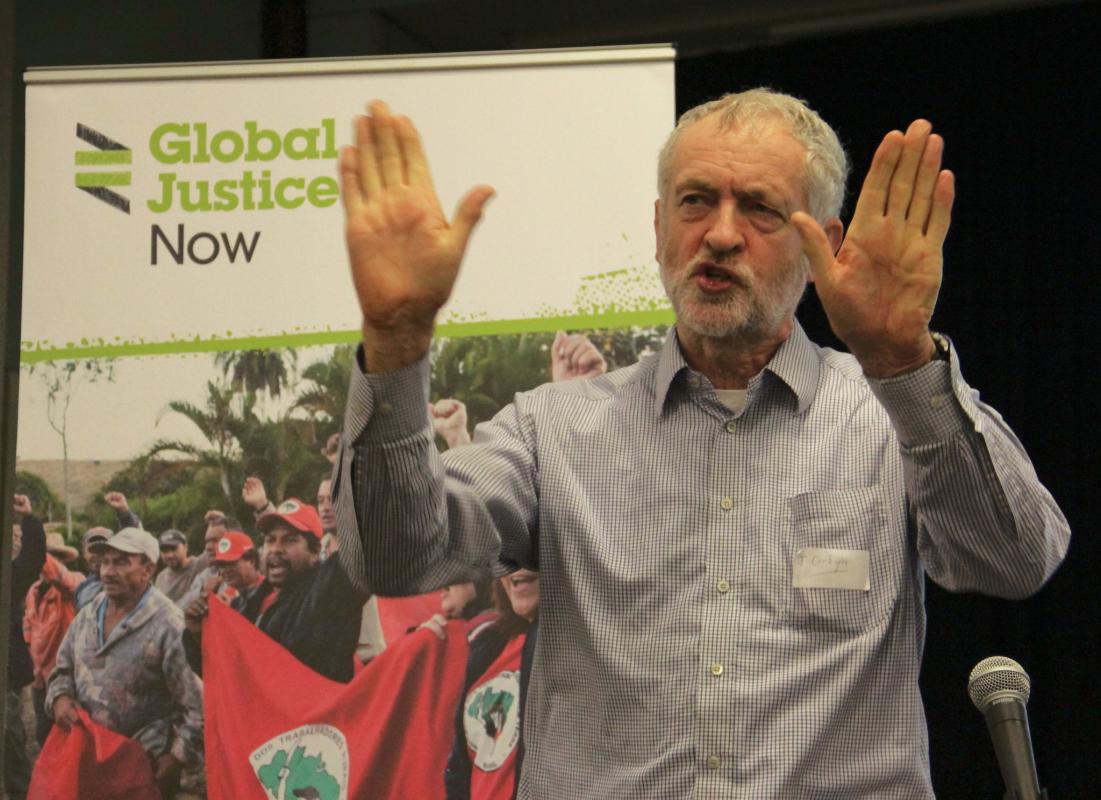 THE SCOTTISH branch of the GMB trade union has said it will not be balloting its members on the leadership contest in the Labour party due to the state of “decline” in the Scottish party.

The membership ballot would have been necessary for Scottish GMB to take a position on who should lead the Labour party.

The contest, which pits the leftwing leader since September 2015, Jeremy Corbyn, against centre left candidate Owen Smith, has seen huge rallies across Engalnd in support of Corbyn in English cities including Liverpool, Hull and Brighton. The leadership race comes amid unprecedented turmoil in the Labour party following Corbyn’s election and attempts by the parliamentary Labour party to oust him.

But a GMB Scotland spokesperson told CommonSpace that the leadership drama was an English phenomenon, and that the “stark” decline in Scottish Labour’s fortunes meant that the contest wasn’t a matter for their Scottish members.

“Obviously the debate in the Labour party is much more acute in England,” he said.

“There's been a stark decline for Labour in Scotland – that doesn't need to be debated. Scottish Labour is in third place behind the Conservatives.” GMB Scotland spokesperson

“There's been a stark decline for Labour in Scotland – that doesn't need to be debated. Scottish Labour is in third place behind the Conservatives.”

“We have our main business to get on with, representing our members. “GMB members who are also members of the Labour will of course have their say, and that is right.”

“It isn't practically or useful for us to send out an open ended question to our 55,000 members across the country.”

Changes to the way Scottish Labour members vote for their party leader helped Corbyn to victory in 2015. Taditionally, union votes counted as one of three different voting blocks which made up the voting structure for Labour leaders. However, under changes introduced by former leader Ed Miliband, votes are now counted under a one-member-one-vote system. Union balloting now serves the purpose of deciding a union’s position on candidates, but has no bearing on the result.

The individual voting system was one of several factors which strengthened the left of the party. Following the announcement of the Labour leadership contest in June 2016, the Labour’s National Executive Committee controversially opted to debar all members from voting who had joined the party since January 2016.

In 2013, the GMB union opted to support a No vote in the Scottish independence referendum without giving its membership a vote on the decision, though the union claimed it had organised an extensive consultation with members across Scotland.

Other unions including the CWU, which has around 200,000 members, have already voted to back Corbyn’s leadership bid. At the end of June at height of the attempt to remove Corbyn by Labour MPs unions, including the UKs largest union Unite, wrote an open letter to the party calling for an end to infighting.

The news comes as Scottish Labour members begin voting for the respective constituency Labour parties (CLPs) to take a stance in support of either leadership candidates.

Three Scottish CLPs have so far voted in the leadership election, with Cunninghame South voting for the current leftist party leader and Provan and East Kilbride choosing not to nominate either Corbyn or Smith.

The Glasgow Kelvin CLP is set to decide which contender it is supporting tonight (Wednesday 3 August), with most of Scotland’s CLPs voting over the next two weeks,

A large number of neutral stances by Scottish CLP’s, which some activists are predicting, may suggest a growing gulf between the Scottish party and the UK party engulfed in a struggle between two wings of the party’s left.

The results in the UK-wide Labour leadership race are expected on September 24 2016.