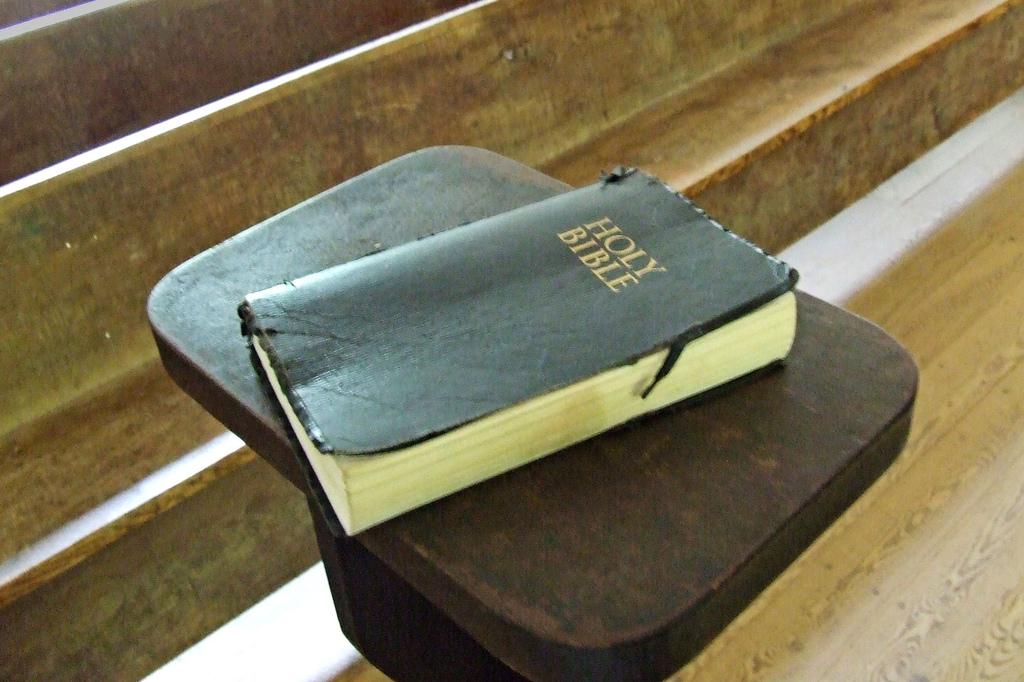 CHILDREN in Scotland’s schools should be aware that the creation of the Earth in six days cannot be “proved or disproved by science”, according to three Scottish National Party MSPs.

The motion follows new guidelines in South Lanarkshire relating to the behaviour of chaplains and religious organisations in schools.

Thomson told CommonSpace: “There are a variety of different views in relation to faith and interpretation of the bible. Children should be open to these things. Faith has been an important part of the history of man and woman kind, and children should be aware of a broad range of views.”

“Where I object is that the Secular Society are trying to shut down discussion and oppose free speech. The whole thing around the French magazine Charlie Hebdo was about free speech, and the freedom to criticise religion. Equally religion has to have the freedom of speech to express its beliefs.”

Teaching literal interpretations of the Genesis creation story to children is rejected as unethical and inaccurate by scientific and secular campaigning groups.

The motion comes after further fall out from the Kirktonholme Primary in East Kilbride, where creationist missionaries were invited into the school by its head teachers to share books on the dangers of atheism and raise money for church building in the United States. Parents accused the ‘Church of Christ’ sect of attempting to brainwash their children. The two head teachers were then sacked and the group denied further access to the school.

On Tuesday the Scottish Parliament welcomed a petition from the Scottish Secular Society (SSS) in favour of national guidelines on the issue.

Caroline Lynch, former chair of SSS, said: “It is important that they understand we seek no new law or ban on Creationism, but guidance that ensures that discussions of the creation myths of any religions featured in schools are conveyed in the appropriate place, the Religious and Moral Education classroom. Guidelines mirroring those already in place in England need not stifle discussion and debate, but simply ensure that ideas without evidence are not given the stature of accepted science.”

The petition – which has the support of nobel prize winners Sir Richard Roberts, Harold Kroto and Sir John Sulston – will now be considered by the Education and Culture committee. Previously, the Scottish Government’s Learning Directorate said that “guidance on these matters is unnecessary”.

The petitions proposals are opposed by the Free Church of Scotland, who say they risk authoritarianism.

Professor Paul Braterman, senior chemistry researcher at the University of Glasgow and adviser to SSS, satirised the Mason motion in an online piece.

Braterman asked: “What is the evidence that you are not a dinosaur? Why is it not a valid belief for people to hold that you really are a dinosaur? How does the evidence compare with the evidence against a six-day creation from geology, physics, astronomy and cosmology, geography, and I haven’t even started on the fossil record or molecular biology.”

Braterman references research in astronomy on the origin of the big-bang, finding that the sun is around 4.5 billion years old (helioseismology), and light patterns from universes 12 billion light-years away.

The Society of Biology submitted its support for scientific guidelines on teaching to the Scottish Parliament Petition’s Committee.

Their recommendations stated: “Creationism and intelligent design are not considered to be scientific theories based on tested hypotheses, and therefore should not be taught in science lessons. Furthermore we urge the Scottish Government to provide teachers with appropriate training opportunities to develop the skills to answer controversial questions posed in science lessons in a clear and sensitive manner.”

John Mason’s office directed CommonSpace towards his recent Twitter comments on the issue where he said: “Even young kids can understand that God made them…Religious people deserve their voice to be hear just like other minorities e.g. black, disabled, LGBT”.