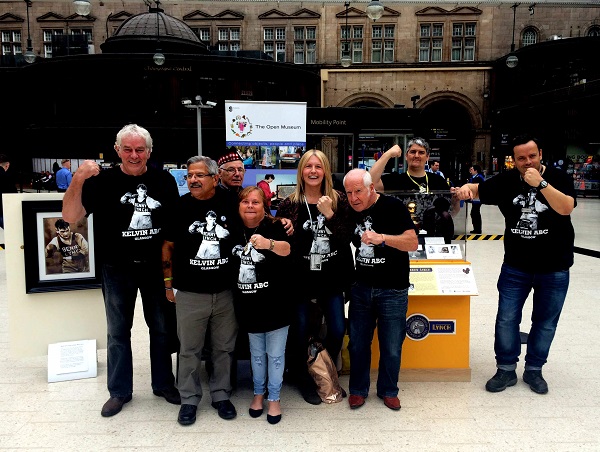 "YOU can focus on the tragedy or you can focus on the achievements." Eighty-one years on from Benny Lynch’s world flyweight championship win, Kevin Kerrigan believes that the latter is vital.

Kerrigan, an outreach assistant for Open Museum, is working with community group Remembering Benny Lynch to deliver a travelling exhibition of the boxing star’s trophies and memorabilia. The aim of the exhibition: to raise awareness of the legacy of the 'The Little King' of the Gorbals and raise funds for a statue to permanently celebrate it.

Many people below a certain age may not recognise the name 'Benny Lynch' today, but in the 1930s he was very much a household name. At age 22, on 9 September 1935, the Gorbals-born Lynch won the British, European and World flyweight titles from Jackie Brown in Manchester, granting him the status of one of Scotland’s greatest boxers to this day.

Read more: Why it's time to raise a statue up to the best of Benny Lynch and the Glaswegian spirit

Returning home by train, he was met by over 100,000 supporters in Glasgow Central station and the surrounding streets. This was a result of Lynch’s relationship to the community, Open Museum’s Kevin Kerrigan explains, while the council itself did not arrange a civic reception or celebration for the champion.

The exhibition came to Glasgow Central station on 9 September to mark the anniversary of the historic win, in a location where so many celebrated years before. The dream for the campaigners is to see a statue of Benny installed in the station, but they are open to other city centre locations. 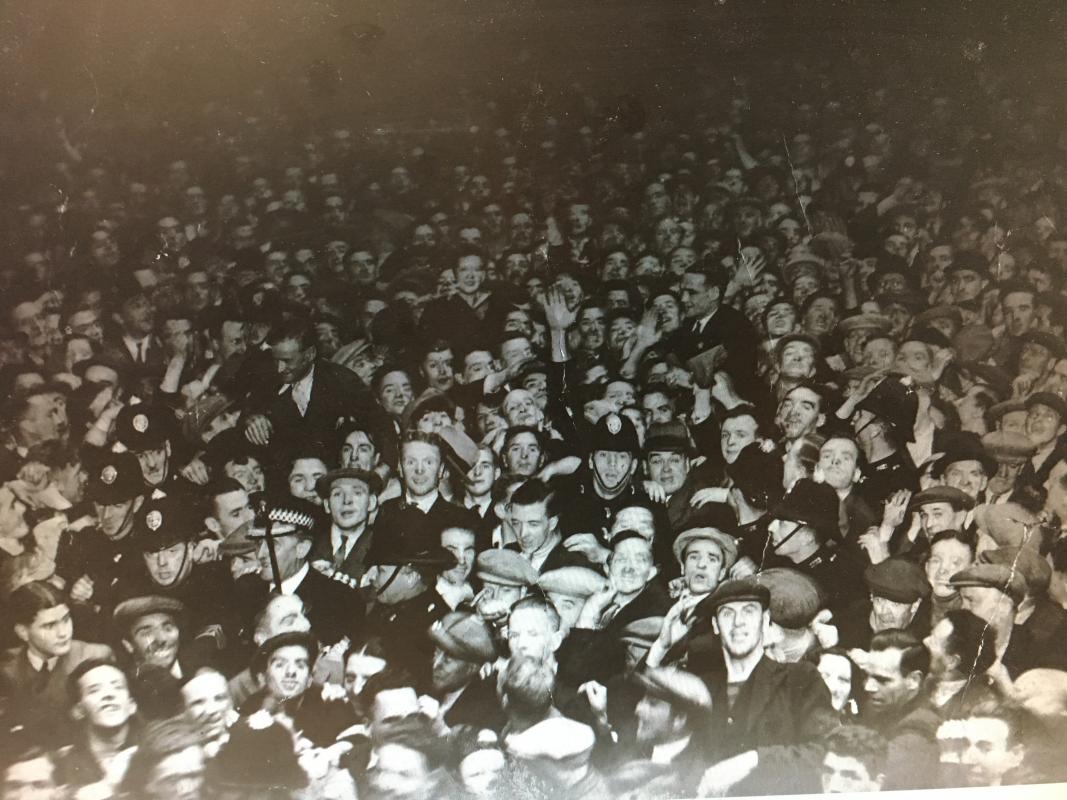 The display itself includes a photograph of the day, taken inside the train station, where working men packed in to catch sight of the flyweight boxer.

Kerrigan explains why he and the Remembering Benny Lynch group are seeking to celebrate Lynch’s successes.

"The story of Benny Lynch has been almost entirely negative in the last 80 years but this is not that, this is a positive story," he says. "He achieved so much in a seven-year career. You can focus on the tragedy or you can focus on the achievements.

"He was champion of the world and he was the first to do it [in Scotland]. A man is the sum of all of his parts so you can’t just look at one aspect."

The tragedy in Benny Lynch’s life has been well documented. He struggled for years with alcoholism which ended his career and finally his life at age 33, when he died of respiratory failure, induced by malnutrition.

As Kerrigan points out, this was not so unusual in 1946, when men in Glasgow were not expected to live past their forties. In many ways, Lynch’s experiences were a product of his time and place, when the success which he achieved as a boxer was what truly set him apart.

Kerrigan first learned of the campaign on social media and was intrigued because his own grandfather had sparred with Benny Lynch. Speaking of the importance of recognising Lynch’s achievements in Glasgow, Kerrigan said the boxer was "not a middle class sportsman or part of a team. He was a man of the people and to them he was a superhero."

This is apparent when speaking to members of the Remembering Benny Lynch group, for whom the weight of Lynch’s legacy and his relationship to their community has passed down through the generations.

Chair of the campaign, Bryan Turnbull, also has a personal connection to Benny Lynch – his father knew him and used to cut his hair. This is not uncommon among the group, who were able to pool together with others in the community to source items for the exhibition, which includes trophies, boxing gloves, tickets and news clippings.

As Turnbull explains, Benny Lynch was an "ordinary guy".

"We think it’s time for Benny to have a statue because as Glasgow says, 'People Make Glasgow'. Well, Benny was one of those people." Bryan Turnbull, Remembering Benny Lynch

"When you look around Glasgow, there are hundreds of statues but if you asked anyone to name them they couldn’t tell you because they’re not relevant to today’s world," he says.

"The only one people know is the Duke of Wellington and the only reason is because there’s a cone on his head so often. We think it’s time for Benny to have a statue because as Glasgow says, 'People Make Glasgow'.

"Well, Benny was one of those people."

The campaign has gained the support of Glasgow’s Lord Provost Sadie Doherty, who held a civic reception for Benny Lynch to mark the 70th anniversary of his death last month.

Carlyle has donated a signed script of his hit TV show Once Upon A Time to the campaign for fundraising, while Flanagan has sent a helmet from his role in Sons of Anarchy signed by the cast.

This is expected to bring a further boost to the campaign’s efforts, but it continues to seek support through its gofundme campaign.

So far the group has raised over £14,000 in 12 months, and believes that £100,000 will be necessary to make the statue a reality. In the event that the statue can’t be achieved, the funds raised will be distributed to charities in Glasgow, Turnbull says.

The exhibition will be held in Glasgow Museums Resource Centre in Nitshill on 6 October and Bridgeton Library from 7 October until 24 November, before moving back to Gorbals Library until the end of January.