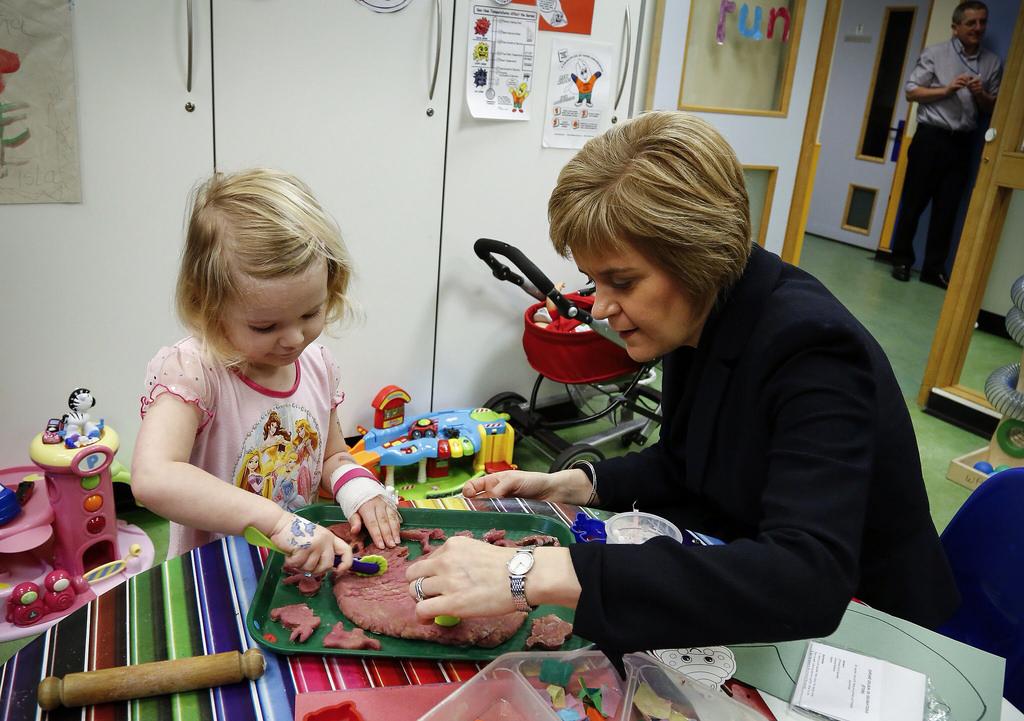 McAlpine: “‘Alien forces of change’ were not only things Brown’s economic dogma failed to protect us from, they were things Brown celebrated effusively”

GORDON Brown and Nicola Sturgeon have both made speeches claiming Labour and the SNP respectively are the parties to tackle inequality as the battle to win the tightest and most unpredictable General Election in the post-war era continues.

Sturgeon, speaking in Linlithgow, outlined the Scottish Government’s new economic strategy, saying that tackling inequality would be at its heart as it could raise PS1,600 per head of population.

Sturgeon said: “Today’s strategy draws on international evidence and is endorsed by independent experts. It offers a vision, not just of our economy, but also of our society, which I believe will command wide support from businesses, the trade unions, the third sector and many others. And it sets out the policies and measures which will help to achieve that vision.”

Sturgeon added: “By taking action to increase exports, build on our historic reputation for innovation, invest in infrastructure from child care facilities to broadband and create more inclusive growth through fair work we can take Scotland’s economic competitiveness to the next level.

“We have significantly reduced the gap in productivity between Scotland and the UK since 2007. I now want to see Scotland match the productivity levels of the strongest economies in Europe.”

Brown spoke yesterday, using John F Kennedy’s turn of phrase in his US presidential inauguration address, stating: “Ask not what Scotland can do for Labour, but what Labour can do for Scotland.”

Brown said that the SNP was focused on the parochial Westminster politics of ‘confidence and supply’ measures whereas Labour “will talk about the big issues that matter such as ending poverty, unemployment, inequality and injustice in Scotland”.

Brown, speaking in the East End of Glasgow, said that skyrocketing house prices had pushed people into private rents, where a third of people are in poverty.

“In a manner reminiscent of Victorian times before the building of public sector housing, there will soon be as many poor households in the smaller private rented sector as in the larger social housing sector,” he said.

Brown presented the SNP and Tory governments at Holyrood and Westminster respectively as both presiding “over a rise in poverty and inequality”.

Commenting on both speeches, Robin McAlpine, director of the Common Weal campaign group and think-tank, said that while Brown’s speech was “vague” with “little sense of meaningful action”, Sturgeon’s was free of the usual party rhetoric and was focused instead “on goals and actions”.

“Brown bemoans the lack of protection for British citizens from what he calls ‘often bewildering and alien forces of change’,” McAlpine said. “But hold on: ‘alien forces of change’ were not only things Brown’s economic dogma failed to protect us from, they were things Brown celebrated effusively, encouraged in almost every government policy (flexibility, globalisation, market forces, efficiency and so on).”

Of Sturgeon’s speech, McAlpine said there was “good, serious” proposals, “though perhaps tending towards a restatement of economic development orthodoxy with some useful proposals on reducing inequality”.

“It falls short of setting an industrial policy for Scotland and seems too cautious in some areas but is at least a step forwards,” McAlpine added.

Labour says that every vote for the nationalists is a vote for putting the Tories in power, as polls show the race between Labour and the Tories for most seats across the UK is very close. The nationalists say backing them is a vote for greater Scottish influence on the UK Parliament as Labour may become a minority government and rely on the votes of smaller parties like the SNP, Plaid Cymru and the Greens to govern.