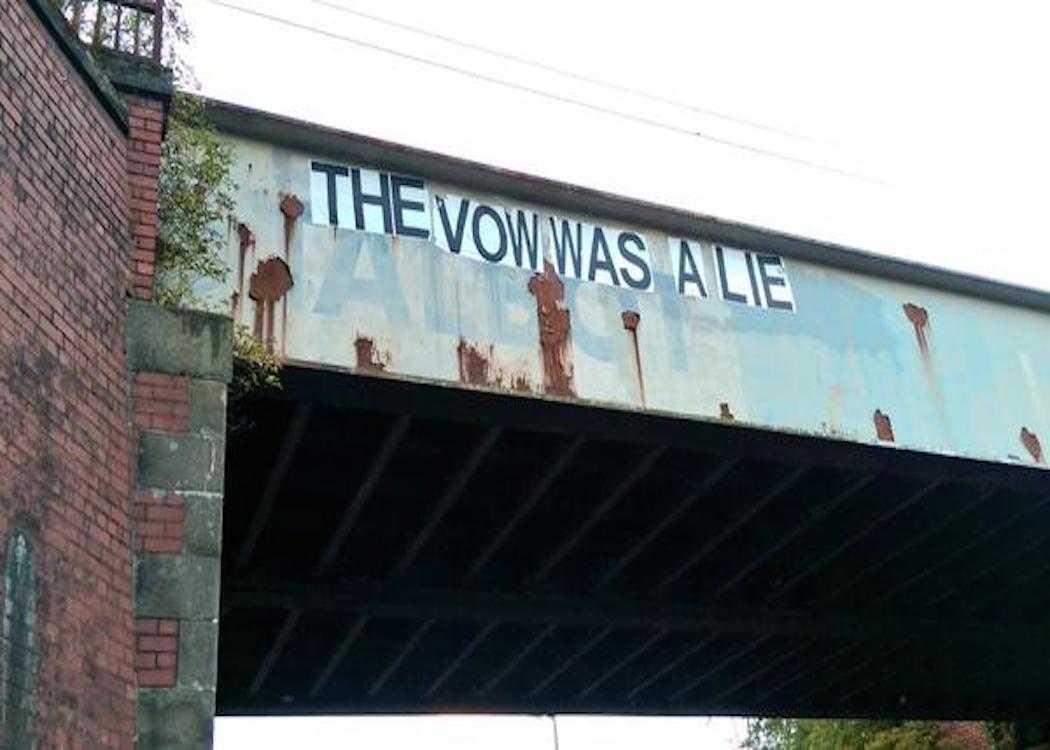 THE TORY FAILURE to deliver what was promised to Scotland during the independence referendum threatens a betrayal that “could blow the Union apart”, according to former prime minister and key anti-independence campaigner Gordon Brown.

Speaking in Glasgow yesterday [Thursday 9 October], Brown raised fears that the vow on further powers – which led to the Smith Commission – was being betrayed by David Cameron, especially over powers to improve social security.

In his latest intervention, quoted in The Herald , Brown said: “Without the changes that give the welfare top-up powers to Scotland, we face a perfect storm – an explosive cocktail of measures that could blow the Union apart – the Conservative Government defying the Smith proposals on welfare, the very issue where their controversial imposition of cuts hits Scotland hard.”

This refers to the upcoming cut in tax credits from April 2016, that experts calculate will make hundreds of thousands of people worse off by over PS1,000 a year. 350,000 children in Scotland will be impacted by the cuts, according to Scottish Parliament figures.

Under the current Scotland Bill powers over income tax would mean the Scottish Parliament could raise revenue to reduce Tory cuts, but it remains unclear whether Westminster would retain a “veto” over any change to social security payments.

Brown added: “The prime minister was simply wrong to claim in the [House of] commons in September that Smith [the commission] has been delivered ‘in full’.”

Further amendments from both the SNP and Labour will be considered in further debates on the Scotland Bill near the end of October.

At its preliminary stage all proposals to strengthen the bill to meet the Smith Commission recommendations were rejected by the Conservatives, despite the party only having one elected MP in Scotland.

Charities, anti-poverty groups and campaign groups have criticised the proposals for not going far enough to improve Scotland’s economy or tackle inequality.

The proposals are particularly controversial as Westminster party leaders promised Scotland far greater powers in the final days of the independence referendum. Recently polling found that only nine per cent of Scots thought that ‘the vow’ had been kept.