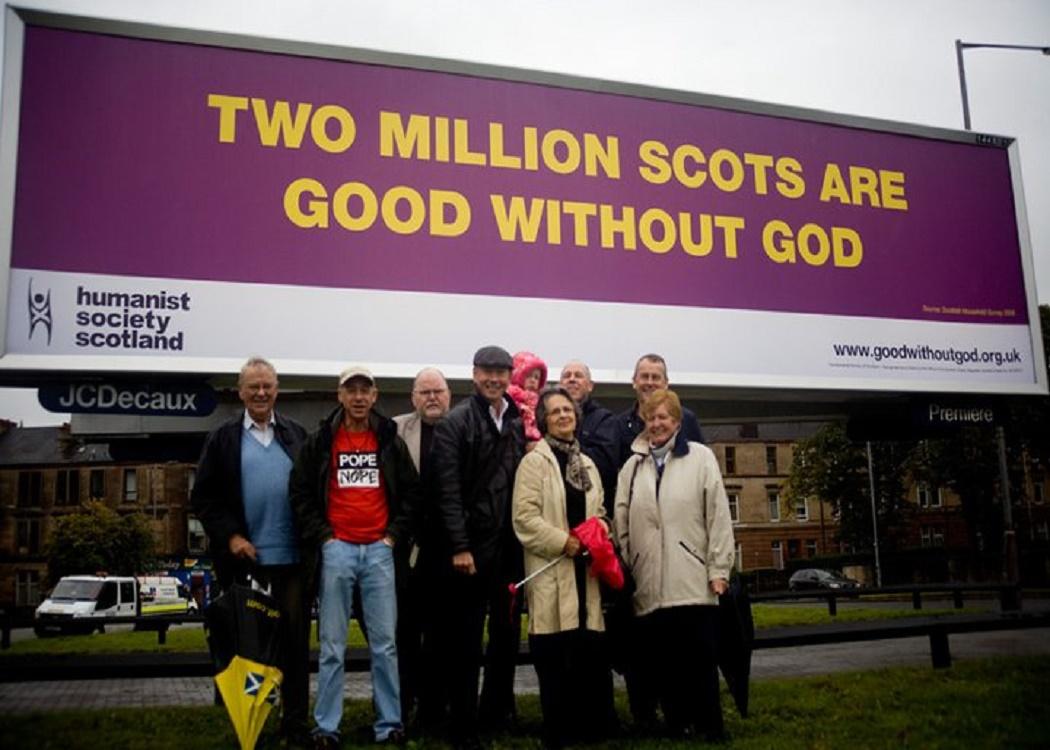 I READ with interest Ross Ahlfeld’s recent piece on ‘current relationships in Scotland between religious and non-religious groups’ .

I felt that some of Ross’s assertions and comments deserved a response. Humanist Society Scotland has over 14,000 members from Stranraer to Stornoway. We provide a range of non-religious ceremonies and services, as well as campaign for a secular state.

Claiming that an opposing viewpoint or perception is ‘militant’ is very easy to do. It’s not very useful, however, and doesn’t help advance the argument.

When we argue for a secular state we do so based on our values of democracy, fairness and a respect for freedom of belief and expression.

When we argue for a secular state we do so based on our values of democracy, fairness and a respect for freedom of belief and expression. These are values shared by both people of faith and of none.

Far from being an attack on religion this is a plea for equity between all belief groups. The accusation that the role of religious groups in public life is under “attack”, or our approach “aggressive”, often fails to differentiate between the criticism of the religious institution’s legal and cultural privilege and the personal criticism of an individual’s personal beliefs.

It is the case that debates around the role of religion in society have become more prevalent in recent years. This has occurred at a time when nearly one in two (47 per cent in the latest Scottish Household Survey) report that they identify with no religion at all.

As society changes it is right that we question the special legal privilege afforded to churches over the lives of people who do not subscribe to their teachings.

One of the areas where the debate becomes more pointed is in education. At HSS we believe that inclusive education is the way forward, we want to see children and young people with different backgrounds and philosophical perspectives learn and live together.

As society changes it is right that we question the special legal privilege afforded to churches over the lives of people who do not subscribe to their teachings.

We believe that separating children into different schools based on religion, or more accurately the religion of their parents, is wrong. We also believe that given the diverse nature of religion and belief in 21st century Scotland, we think it’s wrong to have prayers or religious worship in schools.

Ideally we would like a secular education system where education about religion and belief can enhance a child’s understanding of both their own culture and that of other peoples around the world.

Far from banning religion from the public sphere, religious perspectives must be presented, and criticised, on the same platform as the vast swathes of other philosophical world-views, including humanism.

Religious privilege extends beyond what is taught in classrooms and school assemblies into management – right into our democratic structures. At this very moment every local authority in Scotland is mandated to appoint three unelected religious representatives to their education committees, a privilege denied to atheists and humanists.

There are no state-funded secular schools in Scotland (non-denominational does not mean secular). Denominational, ‘faith’, schools are allowed to discriminate on religious grounds with staff recruitment and pupil selection.

Our concerns are not academic. I’m always shocked how many people are unaware that in 2011 a teacher lost her job with Glasgow City Council because the Roman Catholic Church refused to allow her to continue working in a state-funded school.

This was not even the first time that an issue like this was reported. For teachers in Scotland losing your faith can mean losing your job.

At this very moment every local authority in Scotland is mandated to appoint three unelected religious representatives to their education committees, a privilege denied to atheists and humanists.

This outdated requirement is even questioned by some within the education sector, in March 2014 Anthony Finn, former head of the General Teaching Council Scotland, said: “If you had to choose between a very good teacher who is not Catholic and what we might best describe as an adequate Catholic teacher, which would you choose?”

The daily work of Humanist Society Scotland, which is the largest secularist organisation in Scotland, involves a great deal of things: we provide thousands of non-religious ceremonies for weddings, funerals, baby naming; we have six local groups across the country involved in community work such as a soup-kitchen in Glasgow, a cinema club in Edinburgh and a choir group; we support international partners in Malawi who are campaigning to prevent women being accused and beaten for ‘witchcraft’.

Not what I would consider militant. If Ross ever wants to come and find out more about humanism, or our campaign work, I’ll gladly buy him a coffee.