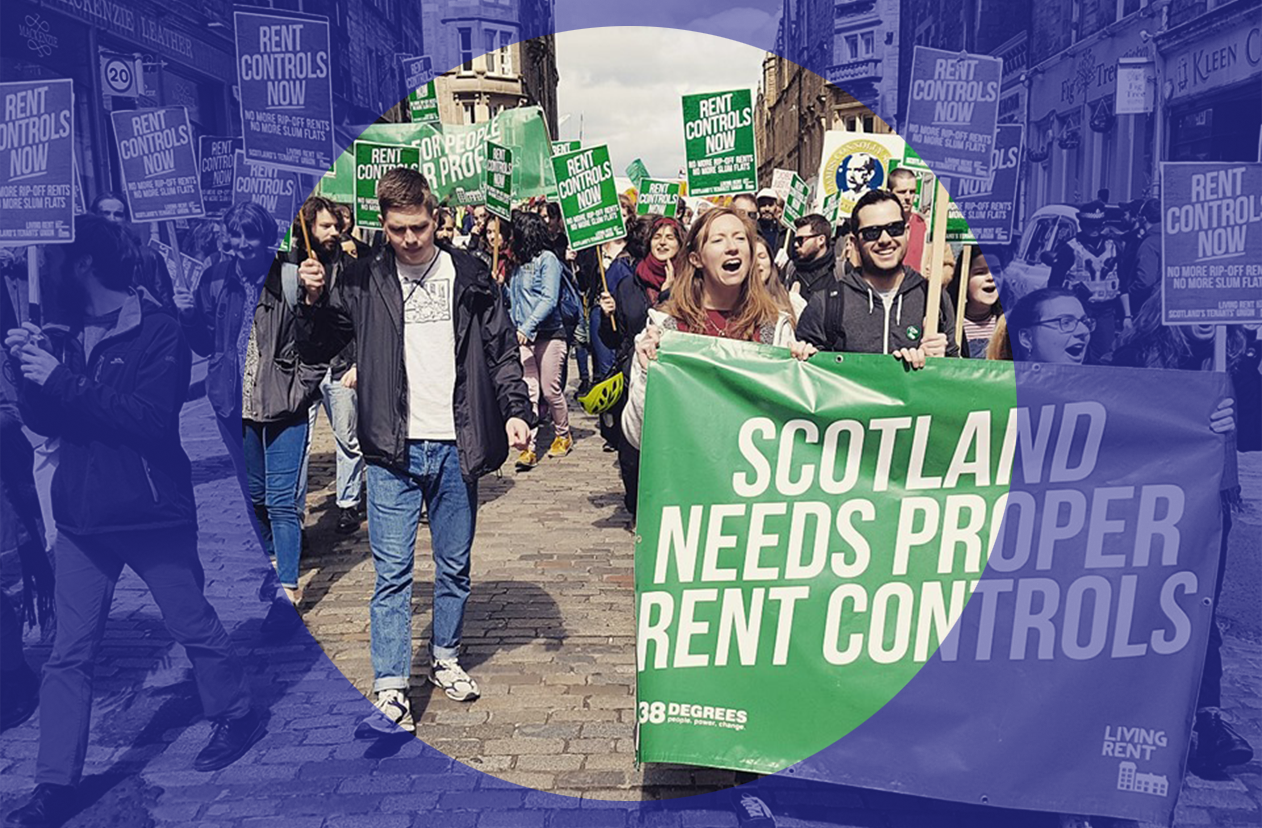 “Tenants were already being driven into poverty by unaffordable rents before the pandemic, but the situation is now beyond repair, and we need to undo the damage that has already been done before we start to talk about stabilising things.”

LIVING RENT, the Scottish tenants union, today called upon the Scottish Government to introduce limits on private rents as part of the national recovery from the Coronavirus pandemic.

Presenting evidence to the Scottish Parliament’s housing committee today (24 February), which is currently holding sessions on Labour MSP Pauline McNeill’s proposed ‘Fair Rents Bill’, Living Rent highlighted recent research indicating that rents in some parts of Scotland have risen by as much as 7.3 per cent over the course of the pandemic.

The Fair Rents Bill would impose limits on how much landlords in Scotland can increase rents year-on-year, and strengthen tenants’ rights to challenge unfair levels of rent.

Findings from housing charity Shelter have revealed that across the UK, more than 450,000 people now fear homelessness as a result of the pandemic, which has left many in debt or forced tenants to make major cutbacks in essential expenditure such as food and heating.

Source spoke with Living Rent’s Gordon Maloney, who presented evidence to MSPs today on behalf of the union.

Source: Does Living Rent feel the proposed ‘Fair Rents Bill’ goes far enough, or are there further moves towards rent controls that could be made?

Gordon Maloney: While we’re supporting this bill as a vital step forward, we don’t believe it goes far enough. In particular, the limits it proposes to rent increases are nowhere near strict enough, and we’ll be arguing for much clearer and more progressive guidelines. It is our view that the primary goal of rent controls must first be to reduce rents, not only to limit increases going forward. Tenants were already being driven into poverty by unaffordable rents before the pandemic, but the situation is now beyond repair, and we need to undo the damage that has already been done before we start to talk about stabilising things.

What do you believe the main obstacles have been to achieving rent controls in Scotland so far, and how might they be overcome?

And yet, rent controls are a common sense policy that have overwhelming public support – including up to 85 per cent support amongst SNP voters. The Scottish Citizen’s Assembly also endorsed them overwhelmingly, and poverty experts repeatedly cite rent controls as a vital step in tackling poverty. The Scottish Government did introduce a “Rent Pressure Zone” policy at the beginning of this Parliament, but this policy has failed utterly, even on its own terms.

You’ve argued that limits on rent increases should be a part of Scotland’s national recovery from the pandemic. Are there other housing-related measures that should be part of that recovery?

We have published a manifesto, outlining the five key things we think the Scottish Government – and parties looking at the May elections – need to commit to. They are:

Why do you think rents in some parts of Scotland have risen to the levels they have (as shown in the research Living Rent has cited) over the course of the pandemic?

The unfortunate, but simple answer, answer to this is that rents have risen because nothing is stopping landlords from doing it. The Scottish Government had multiple opportunities to freeze rents over the course of the pandemic, but they rejected all of them. And with that, landlords have taken advantage of the very basic need for human shelter to hike up rents – even where that has driven tenants into poverty. This last year has illustrated perfectly why the Scottish Government’s approach of relying on the good will of landlords is a dead-end. We need concrete, watertight legislation, not polite requests.

Are there examples of rent controls in other countries which you think Scotland could learn from?

This month marks a year since much stronger rent controls were brought in in Berlin, and rents have fallen there by almost 8 per cent. The landlord lobby paint rent controls as some fringe policy, untested and unworkable, but the reality is that almost every other country in Europe has better protections from rent increases than we do. We have spent a long time working with experts to take learnings from the best examples across Europe and develop a policy that will work for Scotland’s specific challenges, and there is no shortage of success stories to learn from.

The question of whether sufficient support has been given to tenants over the course of the pandemic has been a source of ongoing controversy. Do you think the Scottish Government has done enough?

It is indisputable that the Scottish Government has not done enough to protect renters during the pandemic, and the consequences of this are extremely serious. Almost one in five renters now fear “covid-homelessness” and hundreds of thousands of people have been forced to rely on foodbanks and to cut back on vital expenditure. Time after time, the Scottish Government has rejected opposition proposals to do more, and while there is now a light at the end of the tunnel with the vaccine, the reality is that the crisis for tenants is only just beginning. We urgently need dramatic action.

The Scottish Government is also set to withdraw some of the protections they have given tenants during lockdown – such as the ban on evictions. But if nothing is done, when that ban is lifted we face the prospect of an utterly unprecedented wave of people being made homeless, as people have not been given any route out of the debt they’ve accumulated in this time.

What commitments would Living Rent like to see from Scotland’s political parties going into the 2021 Holyrood election?

We are asking all parties and all candidates to sign up to our Tenants’ Manifesto, and to stand up to the vested interests of landlords, developers, and housing associations. For forty years, Scotland’s housing system has been run in the interests of the extremely wealthy, and it has been a disaster for everyone else. We now have an opportunity to change that, and it is an opportunity we simply cannot afford to miss.