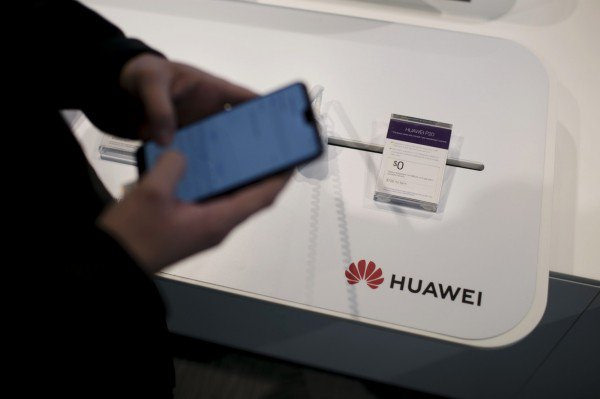 Gordon Morgan, Common Weal energy researcher, looks at the recent arrest of a Huawei executive in Canada, and finds it to be at the centre of an imperialist rivalry between the US and China over the future of big tech, as 5G is about to transform the digital communications market

ON FRIDAY 30 NOVEMBER after a year of arguing and tariff threats, the US, Canada and Mexico signed a trade deal at the G20 summit in Argentina which largely reinstates NAFTA. Then on Saturday 1 December US President Donald Trump and Chinese President Xi Jinping also in Argentina agreed to halt new trade tariffs for 90 days. This followed tit for tat tariffs which were introduced by Trump and appeared to be hitting US agriculture and steel makers more than the Chinese. Stock markets temporarily rose.

However, almost simultaneously on Saturday 1 December Meng Wanzhou, the chief financial officer of Chinese tech company Huawei and the daughter of the Huawei founder, was arrested in Vancouver whilst passing through the airport, by Canadian police at the request of the US Government. This was supposedly linked to dealings with Iran, something the US considers illegal although the EU, China and indeed the UN view the US as in breach of a UN resolution on the Iranian nuclear deal.

During last week there was a broad sell off of US tech stocks partly as a consequence. Many were companies selling components to Huawei afraid the US was about to extend a ban as it had done earlier for ZTE. However, Apple also suffered as fears grew of Chinese retaliation. On Saturday 8 December, the Canadian Ambassador was summoned by China’s foreign minister demanding Wanzhou’s immediate release. On Tuesday 10 Wanzhou was released on bail, however, a Canadian former diplomat was arrested in China. There followed a discussion between the US and Chinese trade envoys and Trump has now said he may intervene on her behalf if it threatens a US-China trade deal which would be in America’s interests.

READ MORE: How the explosion of the Chinese middle class will change the West

What is Huawei so important? Huawei is China’s most important telecom company with a turnover of around $90 Billion. The U.S. Government has banned the use of Huawei products including smartphones and 5G telecoms equipment across all its agencies and is pressuring other countries to follow suit. This is because of fears of “hidden” malware or “backdoors” which could leave them vulnerable to virus attack, much like Iran’s nuclear programme, which was attacked by the US/Israel Stuxnet virus. There are only five major manufacturers of telecoms network infrastructure across the world: Eriksson, Nokia, Samsung, Huawei and ZTE. The latter two being Chinese, with Huawei having a 28 per cent share of the world market with Erikson second on 27 per cent and Nokia third on 23 per cent. Notably the US is not included, although Cisco and Qualcomm – both US companies – are well placed to adapt and expand their range of equipment. Samsung and Huawei are also the largest manufacturers of smartphones ahead of Apple.

China has the largest number of electric cars in the world and is well placed to compete with the US on 5G, driverless cars and other advanced technologies. Huawei is central to this ambition. China is on a 10 year programme to 2025 to acquire or invent all the key technologies it requires to move it from a developing to a developed nation that can compete with the US on an even footing. Hence the US resort to protectionist measures, justified or not, and it looks like the UK will follow their lead, with BT having confirmed that following MI6 concerns they are removing Huawei 4G network infrastructure equipment from their sites.

In a probably unconnected event on Thursday 6th December, 37 million users of the O2 network across the UK lost 4G data  services for more than 24 hours. This was blamed on a software update from Eriksson, a Swedish telecom company. Could this actually be sabotage by Chinese agents? Unlikely, but possible – we will never know for sure. However, it showcases how vulnerable networks are to human error or sabotage. This reliance on networks is set to grow as 5G is rolled out across the UK and US starting next year.

READ MORE: Scottish Government should go back to the drawing board on rural broadband, report says

So what is 5G and why is it so important? 5G stands for fifth generation mobile network, it is like the 3G or 4G which appears on existing smartphones only much faster – possibly 100 times faster than 4G. More importantly, it will allow more devices to be connected and in a smaller area many more devices, again possibly hundreds of times more than 4G. This allows the Internet of Things (IOT) to be rolled out, particularly autonomous devices such as driverless cars. As it has a low lag time, milliseconds between refreshes, signal drop should be eliminated, provided the software works, this should be undetectable allowing an “always on” signal which is essential for device to device communication such as between cars. It also has the potential to be twice as fast as most home fibre connections thus reducing the need for a fixed line in many areas.

The UK government has already auctioned the bandwidth for 5G, which operates in the high frequency 3.4Ghz bandwidth which used to be reserved for the military. The firms O2, EE and Vodafone all won sufficient bandwidth and all look set to launch 5G networks in 2019. First they need to roll out network infrastructure. As it looks like Huawei will be prevented from installing their equipment, Eriksson and Nokia could be big winners. The infrastructure requires many more network nodes than 4G so it will appear in the busiest areas first with Edinburgh Waverley station amongst first in the UK and central Glasgow later in 2019. It is perhaps no coincidence that Edinburgh is also expected to introduce driverless buses in Fife in 2021.

READ MORE: Craig Berry: We don’t have to fear the AI revolution – we have to democratise it

Personally, I believe infrastructure needs defending and am unable to determine whether Huawei or indeed China poses a risk to it. Certainly the US seems determined to bully the world to follow its direction whether on trade or Iran. Indeed it is US companies notably Facebook who most compromise personal data and the US has been known to bug, through its influence with Cisco and phone manufacturers, most embassies and indeed Angela Merkel’s phone. I will certainly be buying a Huawei smartphone when I next change contracts – they are so cool!

China has risen incredibly quickly to become a major player in global advanced tech. It has become a symbol of the country’s rapid rise in the global economy – whereas red dragon was previously perceived as the low-tech, low-skill, cheap labour workshop of the world, it is now a global competitor at the cutting edge of tecnological devleopment. The US is seeking to stem that rise, as is global tech competitors, and therefore Wanzhou’s arrest must be seen in a broader context of imperialist rivalry and tech monopoly competition, with who owns and controls 5G the prize they are all chasing.