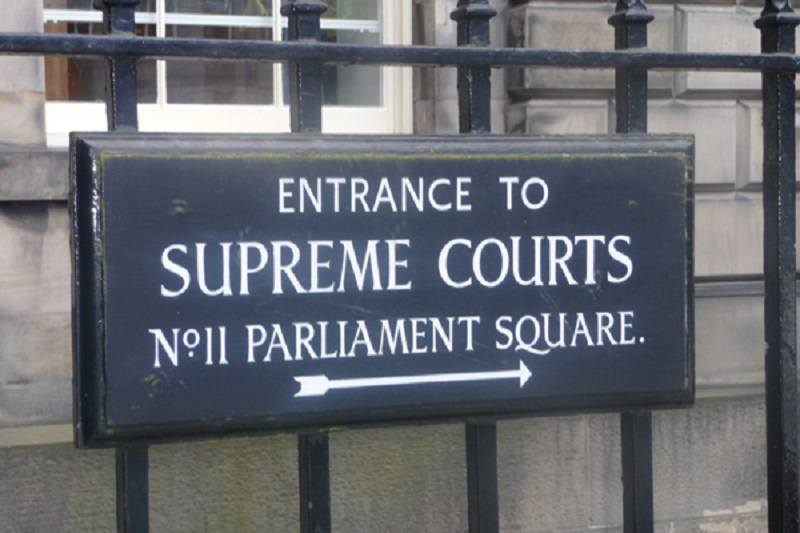 A COMMUNITY legal project is to launch court proceedings on behalf of a Glasgow asylum seeker, challenging a decision by government contractor Serco who has said it plans to evict up to 330 people.

Govan Law Centre [GLC] announced Wednesday [1 August] that it would be acting on behalf of one of the asylum seekers under threat of eviction, but Serco has insisted it is acting under a legitimate exception to ordinary Scots law.

GLC’s principal partner, solicitor advocate Mike Dailly, is working alongside SNP MP Chris Stephens to pursue the legal challenge in the Court of Session on behalf of an asylum seeker living in Glasgow South West.

Serco, which houses thousands of refugees in the city on behalf of the Home Office, insist that asylum seekers are exempt from ordinary Scots housing law which would usually require a court order before a tenant could be evicted from their home.

Explaining the legal case before the announcement, Dailly commented: “Scots common law has long since prohibited eviction without due process of law against residential occupiers. In Scotland, it is generally necessary to obtain a decree for ejection from the court as opposed to taking the law into your own hands – known as summary eviction or eviction brevi manu – which is generally a criminal offence and a civil wrong.”

Read More: ‘I am only Rahman from camp number 16’: The story of a ‘citizen of nowhere’ on hunger strike to keep the Serco wolves from the door

In a statement on their website, GLC set out its assessment of the legality of the firm’s decision, arguing that previous case laws shows possession of at least one room meets the legal definition for a tenancy under Scots law.

GLC is a well respected free legal resource which operates under the premise of using the law to challenge poverty and disadvantage and has used its experience to campaign for changes within public policy. The law centre specialises in housing, homelessness and welfare rights, representing Glasgow residents who seek justice through the Scottish courts and tribunal system.

Welcoming the intervention on behalf of his constituent, SNP MP for Glasgow South West Chris Stephens told CommonSpace: “I am grateful to the Govan Law Centre and in particular Mike Dailly for their assistance on behalf of a constituent.

“It is clear that the recent developments initiated by Serco require to be legally tested in court.

“It is clear that the recent developments initiated by Serco require to be legally tested in court.” SNP MP Chris Stephens

“The support from Glaswegians for asylum seekers and refugees suggests that injustice will not be tolerated in our city.

“Multinational companies preying on vulnerable people and threatening them is scandalous.”

Although the legal challenge is only on behalf of one of some 330 people affected, it is understood the court’s decision could set a precedent for how Serco proceeds in other cases, possibly forcing them to apply for eviction orders through the courts.

Speaking to CommonSpace, the leading human rights and criminal defence solicitor Aamer Anwar also welcomed the legal challenge: “Mike [Dailly] is Scotland’s leading lawyer on housing if anyone can beat Serco he can.

“Time and time again the Home Office break the law and abuse the human rights of asylum seekers – I hope this sets a precedent – but in the long run, we need to fight the barbaric regime that this Tory government operates and Glasgow is showing the way forward. If it means taking direct action, then so be it. Saving lives and showing humanity counts more than Serco’s profits.”

“In the long run, we need to fight the barbaric regime that this Tory government operates and Glasgow is showing the way forward.” Lawyer Aamer Anwar

In a letter to Glasgow politicians issued in response to cross-party concerns, Serco chief executive Rupert Soames, grandson of war-time prime minister Winston Churchill, said: “The one positive outcome of the events of recent days is that it has put very firmly on people’s agenda the nature of the crisis. This is that the local arrangements once Home Office support has ceased are inadequate, and we are put into the impossible position of having to make the choice of paying for people’s accommodation ourselves, or making them homeless and destitute.”

As part of a series of actions against the decision, anti-racist campaigners have organised a demonstration on Saturday 4 August at the Home Office and Serco building in Glasgow. More information can be found here.

Picture courtesy of Judiciary of Scotland