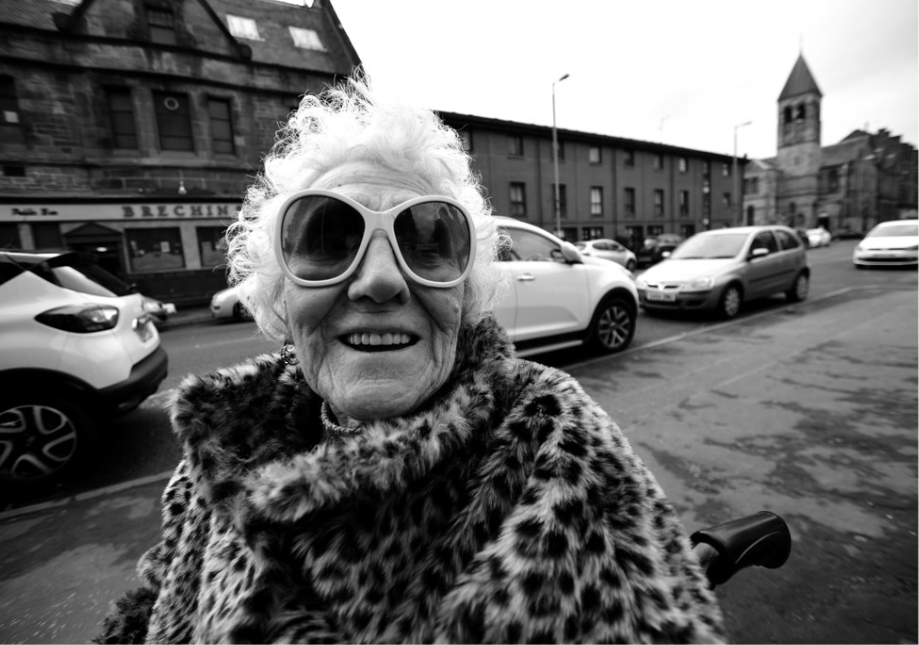 Govan Through a Social Lens – a ‘photographic journal from a socio-spatial wasteland’ by James Holloway, Jean Macfarlane and Frank Frankgate aims to ‘raise awareness around the effects of inequality, and the current austerity measures’.

Speaking about the meaning behind the term, ‘socio-spatial wasteland’, Frank Frankgate told CommonSpace that it “speaks of how the built infrastructure and society interact. It assumes that social space operates as a producer of changes in the metropolitan environment.

“Resilience shown by the people of Govan can be seen in how strong the spirit within the community still is – in the face of austerity and health inequalities. And there is still immense pride in coming from Govan that informs the place attachment and identity people share collectively.”

The controversal new £56m ‘Water Row Masterplan’ for Govan has recently been unveiled by a consortium of businesses, third sector and government agencies, and was described as “stylish riverside flats and townhouses, together with smart commercial space at prime ground floor locations”. The development has led to claims of social cleansing.

Speaking about the development, Frankgate said: “Govan, has had consultations galore. People feel that their voices haven’t been listened to on this whole ‘Water Row Regeneration’.

“People feel that it’s about attracting outsiders into Govan with no social housing being provided. They feel professionals don’t negotiate entry to the community by building relationships first, instead believing that they know what the people of Govan need – not what they have not voiced themselves, which could be viewed as ‘symbolic violence’.”

Frankgate is currently crowdfunding in a bid to raise funds for entrance to People, Place and Power – a world community development conference taking place in Dundee this June, saying: “Our hope in taking our exhibition to the conference is to raise the profile of the area that includes the resilience of the people as an asset. Also, to use the methodology as an investigative tool in various approaches.”

They also have other plans for the project, including working with the ‘Radical Learning Network’ to come up with “three small courses to provide anyone who wants to learn with information on how to use the methodologies as a tool for inquiry within the communities they work in. This could include examining regeneration, gentrification, austerity, or just anything to analyse the strengths, weaknesses and assets within an area people feel are valuable.

“This will be done with various academics, including photo-voice, territorial-inquiry and a blueprint for counter-education, which will be an art-based approach, all of which will be offered free for participants to learn how to critically engage with the methods and empower people in the process of using the methodologies.”