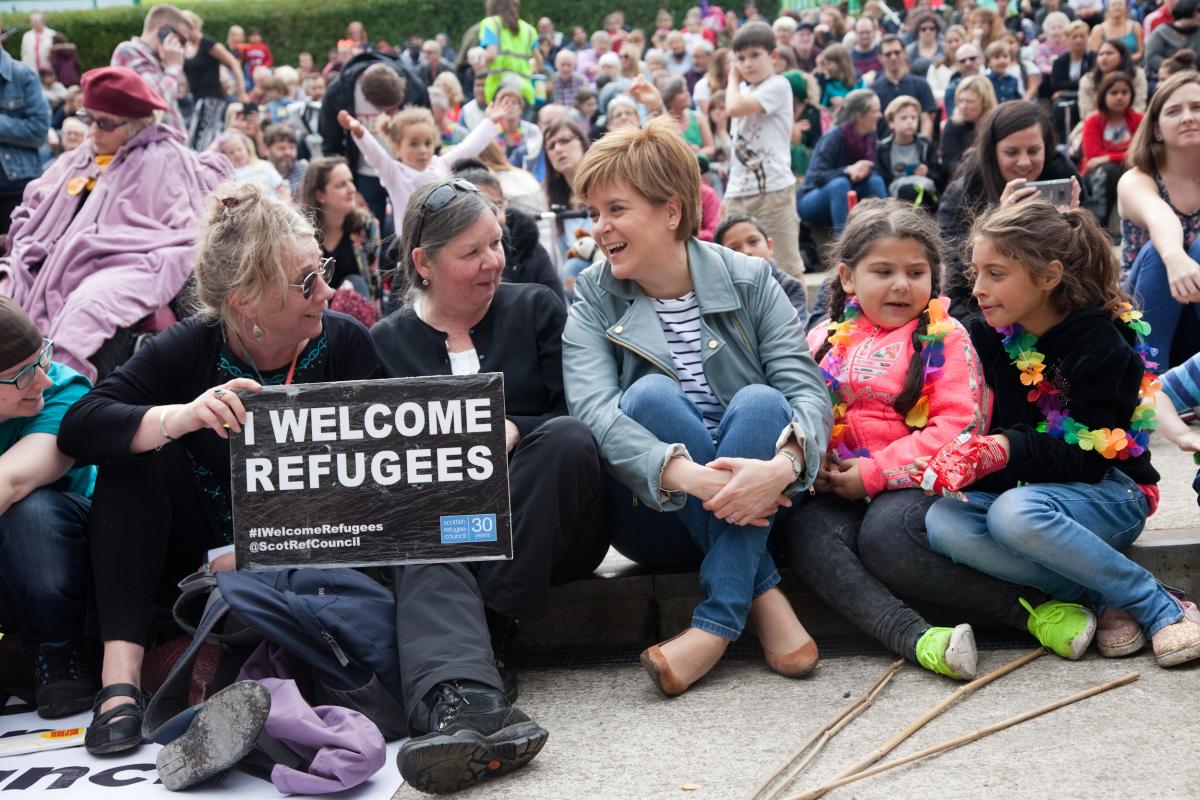 FOLLOWING the first Govanhill carnival and music festival this weekend, organisers have said they will work together to make this an annual fixture for the area.

Speaking to CommonSpace, Jim Monaghan, trust administrator and arts coordinator for Govanhill Baths, described the events as a “massive success”.

Monaghan was seconded to help promote the Rock Against Racism and Roots Rock Reggae concerts, which formed the Govanhill Against Racism Festival, and said that there were over 1,000 people in Queen’s Park arena for the events, with up to 500 taking part in the carnival.

Monaghan said that the three organisations which led the events this year, along with Queen’s Park arena, plan to build on their success next year by creating one, cohesive, week-long event. The aim, Monaghan said, is for the carnival to become the “Scottish Notting Hill” and bring tens of thousands of people together in Govanhill.

Monaghan explained that the carnival was all about “showing unity” and “bringing the whole community together”, while the music festival was specifically focused on making a statement against racism on the 40th anniversary of Rock Against Racism. The second of the two concerts had to be cancelled due to unforeseen circumstances.

Monaghan said the carnival, which saw 30 different groups coming together to create masks and decorations, was a sign of what “an incredible community” Govanhill is. “I’ve never lived anywhere where people do so much for their community”, Monaghan said. 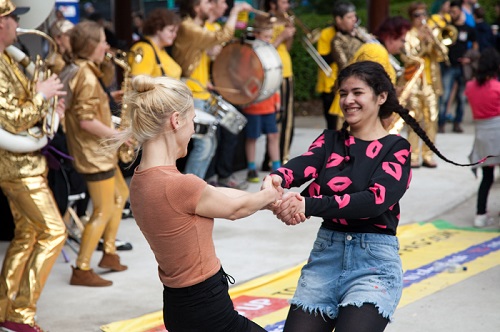 Monaghan acknowledged that there had been “a spate of racist graffiti at the [Govanhill] Baths and elsewhere” and “a few shouty Facebook groups complaining about immigrants”. However, he said, this is not representative of the Govanhill he knows, and this weekend’s events showed “what a small minority they really are”.

“I’ve never lived anywhere where people do so much for their community.” Jim Monaghan, Govanhill Baths

Monaghan said “there was a brilliant atmosphere” at the carnival and festivals, “with none of the echo chamber racism you see on social media”. He said that, in his view, Govanhill has “no more or less racism than anywhere else”, and that the area may even be better in this regard than other areas, precisely because it does boast a diverse community.

Govanhill Baths operates as a community hub and organises a number of activities throughout the year which, Monaghan said, typically bring people together of many different languages and nationalities. The carnival and festival was just one “big, shiny, loud, colourful example of that”, Monaghan said.

The carnival and music festival were funded by Govanhill Baths and the Alistair Hulett Memorial Trust, which was set up to commemorate the singer, songwriter, and political activist Alistair Hulett by giving grants and scholarships to musicians whose focus is on social justice issues.

The plan now is to build on the event’s success, with the aim of making a profit by the third year. It is expected that the organisers will have spent £20,000of their own funds on top of income for this year’s event, but Monaghan said “we think it’s worth it”.