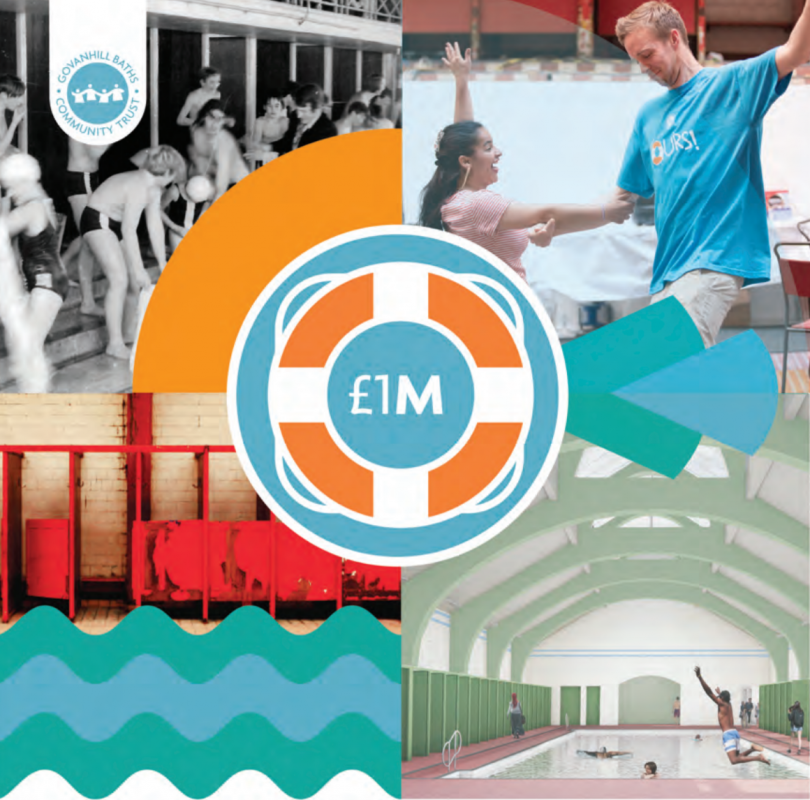 GOVANHILL Community Trust has kicked off a fresh fundraising campaign in the hope of securing the final £1m required to save Govanhill Baths.

The leisure centre will “transform lives” if it is saved, according to the Trust. It has called upon donors to help it finally raise the £6m sum required to regenerate the facility – in the process gaining a share in the future of the building.

Glasgow City Council announced in 2001 that the facility, opened in 1917, would be closed, prompting the local community to occupy the building in an effort to have the centre saved. The newly formed Govanhill Community Trust was given the keys to the building in 2005 following four years of campaigning, a move Nicola Sturgeon called “a brilliant day for Govanhill”. The Trust and its dedicated volunteers have kept the facility open to the community ever since.

“Without the full sum of money being raised the project is not viable.” Katie Swan

“Without the full sum of money being raised the project is not viable.”

A promotional video advertising the fundraising campaign explains that over 50 organisations make use of the facility, which brings Govanhill’s multinational community together. These include sports and recreation groups, arts and crafts meetings and writing classes. Investment is required to ensure the ageing building can continue to offer these services to future generations.

PLEDGE TO SAVE THE BATHS! from Govanhill Baths on Vimeo.

“A project like this might seem small fry on a global scale when we consider other political events but it is projects like this which show what is possible when communities come together,” Swan added. “All we have is the determination of our volunteers.

“More than demonstrating the power of community, this project is absolutely vital to the wellbeing of the residents of this area.”

The facility’s small learner swimming pool was re-opened in January 2017, but the group is currently £1m short of the sum required to refurbish the rest of the building. Having already raised £5m towards their target, the Community Trust is now seeking additional support to get its 16-year project over the line. The planned development of the building will see it home to three pools and a fitness suite as well as providing other health and wellbeing services.

“This facility will save lives,” Swan said. “After years of mismanagement of services the local people need, this facility provides the only space where people of all backgrounds can come together.”

For each pledge made, donors will gain one share in the project, securing a say in the building’s future preservation. Donations can range from £100 to £100,000 and can be paid monthly over a year or two years. Payments will not be taken until pledged donations reach the required fundraising target of £1m.

Pledges can be made online or by visiting Govanhill Baths on Glasgow’s Calder Street.