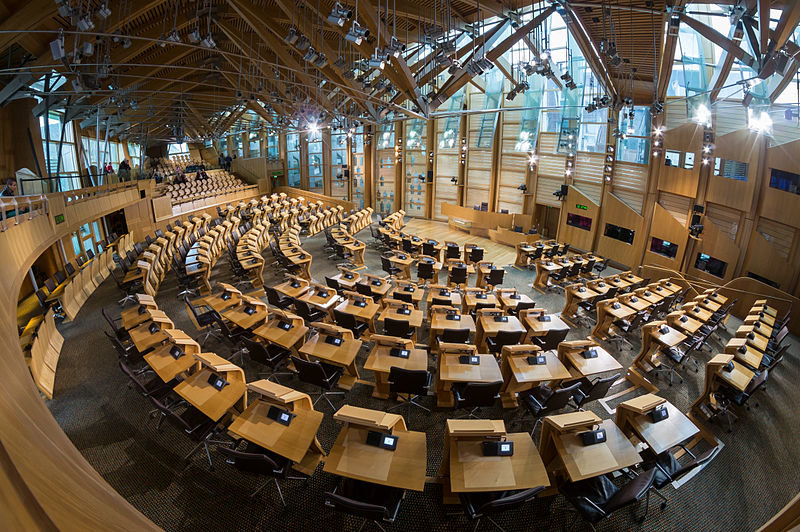 SCOTTISH LABOUR MSP Monica Lennon will quiz the first minister on Thursday after the launch of the Get It Minuted campaign by transparency campaigners, criticising a “failure to minute Scottish Government meetings”.

Monica Lennon has tabled a question at FMQ’s to ask the first minister for a response to the campaign for Freedom of Information in Scotland’s “Get It Minuted” campaign. The campaign was launched in January alongside a report on the lack of minutes published following official government meetings.

Under Freedom of Information legislation, information can only be released if a record is kept, meaning the public cannot access details about meetings held without written records.

The campaign’s convener said they launched the campaign in contribution to the UN’s year-long campaign marking the 70th anniversary of the Universal Declaration of Human Rights.

Article 19 includes the “right to access information”, and campaign convener Carole Ewart said this was a reminder that there is still work to do to make that right effective in Scotland: “The UN is calling on people to stand up for human rights.

“That’s why we want people and organisations to insist that all meetings with the Scottish Government are minuted.”

The campaign is also being supported by the Unison and the Scottish Council on Deafness. Dave Watson, head of policy and public affairs at Unison said: “The Get It Minuted campaign is very important. We hope that the Scottish Government take action immediately. Transparency is essential for the human right to access information.”

Janis McDonald, chief executive of the Scottish Council on Deafness (SCoD) said: “Producing a written record for people to easily access and read is the gateway to understanding what is going on for many people, including those who are deaf or hard of hearing.

“SCoD supports the Get It Minuted campaign as a way for the Scottish Government and public sector generally to better engage with deaf and hard of hearing people.”

Verbatim written accounts of Scottish Parliament proceedings are already available on the parliament’s website, and all parties supported a bill in 2014 which placed requirements on public bodies to publish plans on how they would engage with British Sign Language users.

“Being in office can’t be like Celebrity Big Brother, played out before the cameras on a decision by decision basis.” Kenny McAskill

Writing in opinion for the Herald, former Justice Secretary Kenny McAskill said that whilst government should be open to scrutiny, at times certain discussions could not be held in full public view: “Being in office can’t be like Celebrity Big Brother, played out before the cameras on a decision by decision basis.”