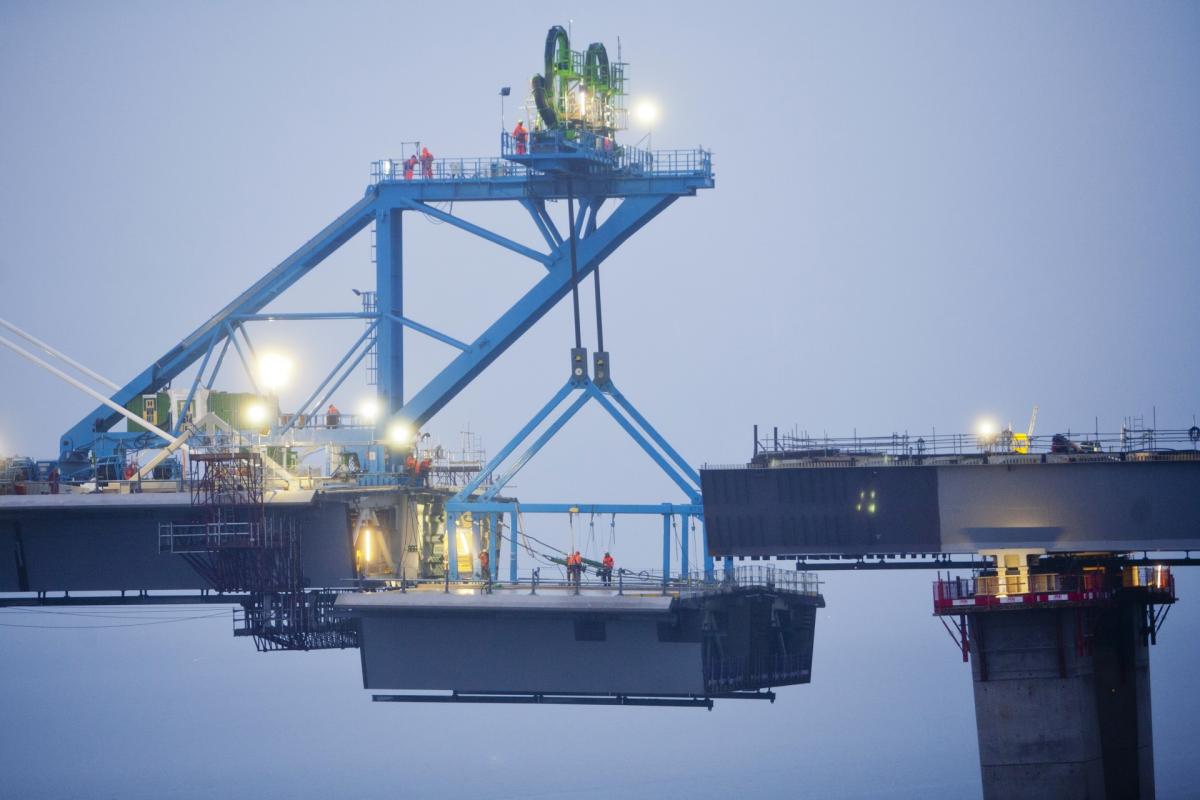 A NEW report assessing the delivery of the Scottish Government’s flagship replacement crossing linking Fife and Edinburgh has said the project was managed effectively, saying delays in the opening of the bridge were “reasonable” due to severe weather.

Opened last year, the £1.34bn bridge across the Forth came in under budget, and Audit Scotland has said the wider public sector should learn from the flagship projects management.

Finishing £110mn under budget,  the bridge opened in August 2017 after construction began in 2011, delivery of the bridge was managed by Transport Scotland and is the largest infrastructure project Scotland has seen in recent years.

Measuring the wider impact of the bridge would take time, the report said, and it also recommended that Transport Scotland provide more detail for its plans on examining the wider benefits.

“There is much the public sector can learn from the way Transport Scotland managed the project and it’s important that the good practice is shared more widely.” Auditor General Caroline Gardner

Announcing her findings, auditor general Caroline Gardner said Transport Scotland’s management ensured the bridge was delivered under budget: “There is much the public sector can learn from the way Transport Scotland managed the project and it’s important that the good practice is shared more widely.

“The management of the project delivered value for money and achieved its overall aim of maintaining a reliable road link between Fife and the Lothians.

“Transport Scotland now needs to produce a clearer plan about how it will measure the success of the project’s wider benefits, including its contribution to economic growth and improved public transport links.”

Although generally positive about the delivery, Audit Scotland did say those project bosses should have been clearer that work on the bridge would continue until final completion in 2019.

The report said that “public expectation” could have been managed better by “communicating more widely that further work and snagging would be required when the crossing opened”.

Audit Scotland said the eight-month delay in bridge opening for public use was “reasonable” because of the severe weather which affected Scotland, with construction experiencing a downtime of 40-50 per cent through January to May 2016.

Local communities in and around Fife and Edinburgh had long campaigned for a replacement crossing across the Forth, and a fault which closed the original Forth Road Bridge causing major disruption was said to highlight the need for a more reliable crossing.

READ MORE: UK’s tallest bridge set to carry traffic across the Forth

The Scotsman reported in June 2018 that due to innovative wind barriers, the Queensferry Crossing was able to remain open to high-sided vehicles on 14 occasions when the weather would have otherwise closed the Forth Road Bridge.

The hard shoulder on the Queensferry Crossing also means breakdowns and accidents are less likely to cause significant or prolonged disruption than they would have on the two-laned Forth Road Bridge.

The Scottish Greens, who opposed the second bridge, said that more had to be done to promote public transport. John Finnie MSP, the Scottish Greens’ transport spokesperson, said: “Predictably, the Forth Replacement Crossing project is delivering in areas relating to private car use. Before ministers applaud themselves for the report’s findings, they’d do well to remember that Audit Scotland states it’s ‘too soon’ to determine if public transport has been improved as a result of the bridge opening.

“[The Scottish] Greens will continue to press the government to provide our country with a first-class public transport system.” John Finnie MSP

“There’s still plenty of work to be done by Transport Scotland and ministers and Greens will continue to press the government to provide our country with a first-class public transport system and to keep their promise of encouraging more people to use public transport across the Forth.”

The SNP said the report would leave opposition parties who critcised their management of the project ‘red-faced’.

“The bridge is an impressive feat of engineering, constructed to the highest industry standards, and the benefits have been delivered to road users as quickly as possible, providing a much more resilient transport link for commuters and the Scottish economy, especially in Fife and the Lothians.

“And to top it all off, the project has delivered £245 million worth of savings for the Scottish budget.

“That success has left the Scottish Labour and Lib Dem benches looking red-faced and foolish, following their relentless and pointless negativity about the bridge.

The Scottish Government welcomed the report and said a full post-project evaluation would take place later in 2018.