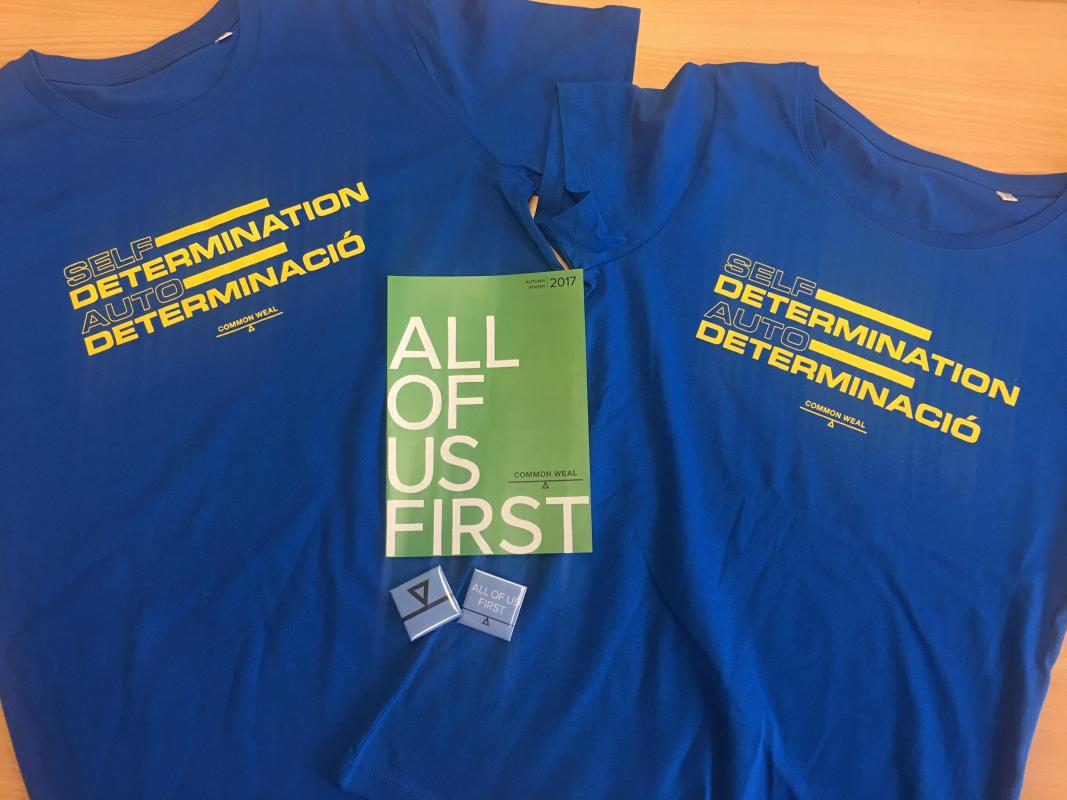 PRO-INDEPENDENCE think-tank CommonWeal has announced it will donate all profits from the sale of Catalan merchandise to the legal defence fund of Clara Ponsati, the St Andrews University academic.

Professor Ponsati, who returned to Scotland after serving in government, is fighting extradition to Spain on charges of “violent rebellion” after the Catalan Government she served in organised a referendum, opposed by Spain, on the country’s independence.

Represented by top Scots solicitor Aamer Anwar, Prof Ponsati has launched a crowdfunding campaign to help cover legal costs as her team appeal against the extradition under a European Arrest Warrant issued by the Spanish courts.

Prof Ponsati’s campaign raised nearly £230,000 in only six days, with contributions to the legal fund coming from all over the world.

Common Weal, a pro-independence think tank set up in advance of the Scottish independence referendum, has said it will donate all profits from the sale of its limited edition Catalonia t-shirts to the fund.

Max Wiszniewski, campaigns officer for Common Weal, said: “Common Weal is pleased to have the opportunity to contribute to the efforts to defend Clara Ponsati from extradition to Spain.

“We’re offering people the option to aid Clara financially while showing solidarity with Catalonia’s struggle on a daily basis.

“The more awareness we create in Scotland, the more chance we can spread the word to people who can help her.

“Scotland can be the nation that’s known for standing against injustice and the more we show that visibly, the clearer that message will become.”

Speaking to CommonSpace, Aamer Anwar, Prof Ponsati’s solicitor, welcomed the continuing support and donations: “The support and contributions to Clara’s defence fund mean that she will be able to robustly defend herself against the Spanish extradition request. Clara was truly overwhelmed by the generosity and solidarity shown in Scotland, across the UK, in Catalonia, and across Europe.

“With the Catalan Government either in exile or in custody, it is clear that the Spanish authorities will be ruthless in trying to crush the spirit of defiance and have unlimited resources at their disposal to do so.

“Many people are suffering in response to the repression of the Spanish Government and we will do what we can to come to their aide.” Solicitor Aamer Anwar

“We expect this to be a long legal journey and that is why we will continue to request funds are raised to cover any eventual costs. Please rest assured that any funds left over after paying for Clara’s defence will go to support legal funds for Catalan political prisoners and others in exile.

“Many people are suffering in response to the repression of the Spanish Government and we will do what we can to come to their aide.”

Prof Ponsati will next appear at Edinburgh sheriff court on 12 April for a preliminary hearing, and CommonSpace understands her legal team expects many months of legal hearings.