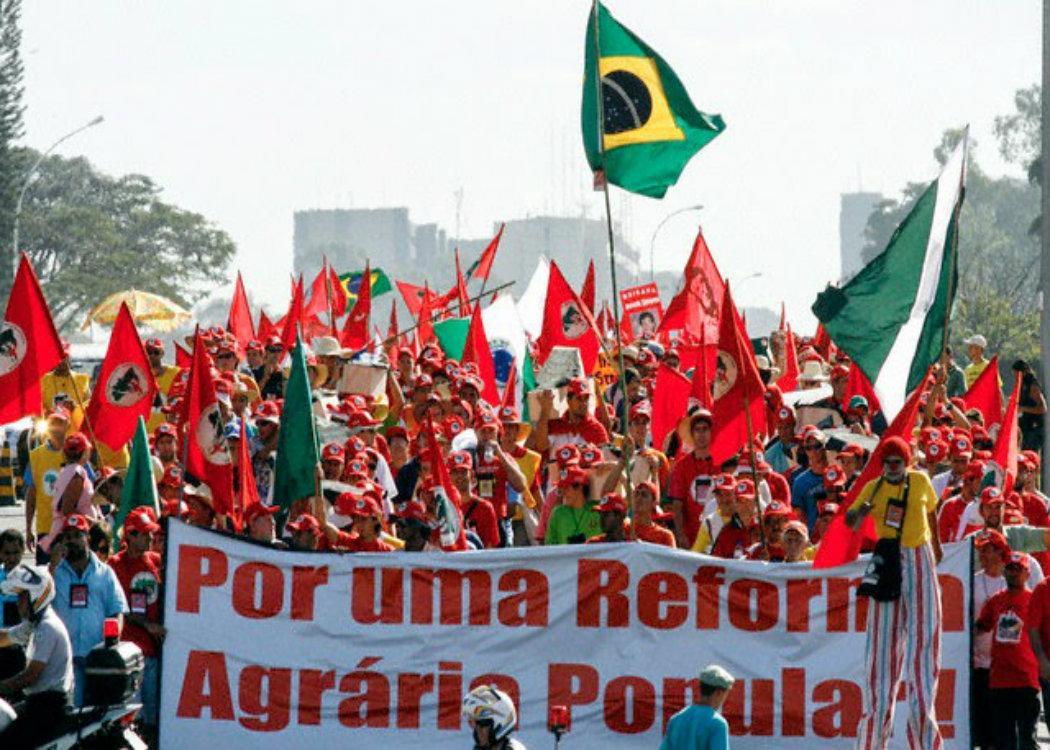 A MULTINATIONAL pesticide company which has a major production plant in Scotland has been held to have civil liability in the case of the death of Valmir Mota de Oliveira, who was shot while protesting an experimental genetic modification site in Parana, Brazil.

De Oliveira, 34, was also known as ‘Keno’, and was a well-known campaigner with landless workers’ movement MST. He was shot twice in the chest on 21 October 2007 by private militia connected to Syngenta, which owned the site.

In the court ruling of 17 November this year, Judge Pedro Ivo Moreiro described the 2007 incident as “a massacre disguised as repossession of property”, after it emerged that the militia worked for NF Seguranca, a security service used by Syngenta.

Syngenta is based in Basel and produces PS14bn dollars’ worth of seeds and pesticides every year. The company has a large plant in Grangemouth, which employs 350 and produces fungicide.

A Syngenta spokesperson denied any responsibility and confirmed it would appeal the verdict.

They said:”Syngenta regrets the incident [which] occurred in its former Cascavel R&D site, however it is in discordance with the decision as the company cannot be liable for the alleged facts.

“Syngenta reinforces that it has no connection with the confrontation that happened many hours after the evacuation, therefore will seek appropriate legal measures to appeal to the second level court and trusts Justice to revert this decision.”

The judge’s verdict was welcomed by campaigners and rights organisations around Latin America.

The lawyer in the case is a member of Brazilian land rights group Terra de Direitos.

A spokesperson for the organisation said: “The condemnation of Syngenta by the judiciary is more symbolic than anything else [because] the Brazilian legal system is weak when it comes to human rights violations … The agrarian social movements have long condemned the methods and goals of large companies, including Syngenta. In this sense, the Judiciary is in alignment with the popular view regarding Syngenta’s behaviour here.

“However, judicial decisions do not change the foundational structure of oppressive relations in our society, as this only occurs through popular struggle, and the justice system is only one place where this struggle plays out.”

A Scottish Government spokesperson said: “Companies are obliged to follow local laws in the countries in which they operate. We note the outcome of this case, and our sympathy is with the victims and their families.”

Campaigners maintain that the militia attacked the 150 activists who had gathered at the company’s Santa Tereza site to protest the experimental genetic modification research carried out there.

Reuters reported de Oliveira’s death at the time, also noting that protestors had been occupying Syngenta’s agrochemical plants and destroying GM corn, claiming that the company was illegally producing GM crops in an environmental protection zone.

The protestors belonged to the international land rights organisation Via Campesina and the Brazilian movement MST, which represents 1.5 million landless rural workers.

When the Scottish Government announced the ban on genetically modified crops in September 2015, campaigners from the MST released a statement of support , citing the ban as a victory over corporate influence.

Along with agribusiness giant Monsanto, Syngenta are a major producer of both GM crops and chemical pesticides and fungicides. Both companies regularly fund scientific research into the safety of such products, according to a Channel 4 investigation .

Syngenta have also come under fire for pushing to overturn a neonicotinoid ban , which was put in place to stop decline of bee populations in the UK.