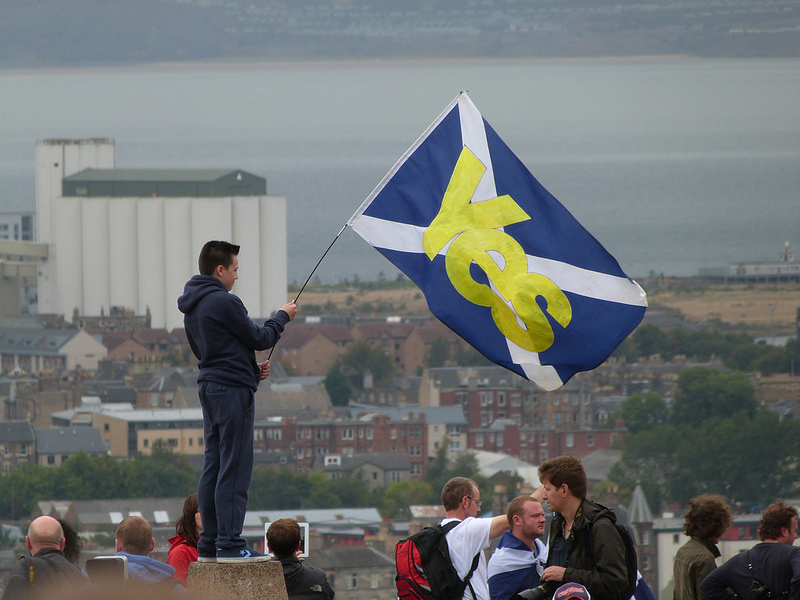 INDY ORGANISERS have welcomed the formation of a new independence fund which will aim to support the grassroots effort of the movement as it builds the campaign for Scottish independence.

The Scottish Independence Fund [SIF] was launched today [6 June] after raising £120,000 to fund grassroots projects, as well as achieving support from The Proclaimers stars Charlie and Craig Reid.

Jason Baird, who co-ordinates the National Yes Registry group behind the groundbreaking IndyApp, told CommonSpace the launch should get everyone in the movement excited: “SIF is just an absolutely fantastic project which has developed by itself and happened organically.

“Fantastic projects across Scotland are already doing the hard work of raising funds, but SIF will allow the movement to formalise that work. This will help us to be more transparent about what we do, but also help to make ideas as best as they can be.”

Baird’s National Yes Registry project was behind a recent “yes gathering” which brought together over 350 indy campaigners in Stirling, described as the “biggest of its kind ever attempted” to allow campaigners to discuss key issues affecting the movement.

“Everyone has ideas and often they just don’t know how to develop them or get help to make them a success,” he said.

“SIF will allow those people to take their ideas forward, speak to the wider movement and really start to analyse their idea and make it better.

“The application process essentially involves creating a business plan, which allows SIF to look at the idea and how best it can be supported. Crowdfunding has shown the enormous amount that can be achieved with very little, but it is hard and sometimes people can over or under estimate exactly what kind of financial support they will need.

“Funding takes up so much time and effort and you really need to succeed because if you fail in the crowdfunding then you can easily be seen as having failed.

“SIF will be a real help to making sure that this isn’t a problem, and important projects which might not seem attractive for the crowdfunding model will not be lost.”

The foundation will be led by Dr Willie Wilson, who helped to organise NHSforYes, and board members include comedian Elaine C Smith and the journalist and former SNP MP George Kerevan.

Dr Wilson told The National: “The next independence campaign will be won on the doorsteps, in the communities and workplaces, and through networks, real and virtual.

“A great hunger exists among Yes groups all over the country; we want to feed these grassroots”.

The new fund will operate on the basis of submissions, with online guidance on its website for projects to submit applications for funding.

Kevin Gibney from the livestreaming group Independence Live, which has helped to document the Yes movement, also welcomed the launch: “Its a very good thing and a lot of groups will benefit from it.

“Indy live could get help for cameras, that would give us really enhanced abilities and help us to achieve so much more. It is easy to see how others could benefit too.

“Those with fresh ideas could get a little bit of cash to take their ideas forward and really bring a huge benefit to the movement.”