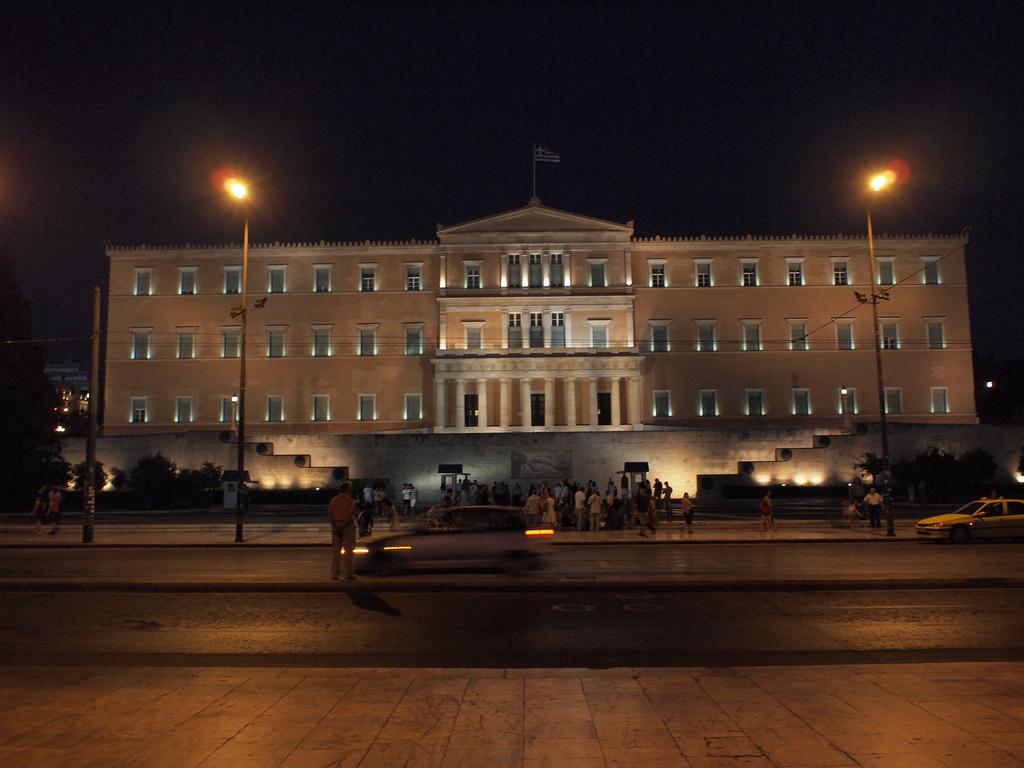 THE Greek Government has said it will continue with the so-called ‘humanitarian crisis bill’ despite last ditch efforts by the European Commission (EC) to halt it.

The EC says the bill contravenes the government’s debt reduction commitments made in an agreement with the ‘troika’ – the EC, the European Central Bank and the IMF – last month to avoid the new administration falling into insolvency.

The bill proposes providing free electricity to some of Greece’s poorest households, and tackling poverty among pensioners and homeless families.

The EC also opposes another proposed bill to allow those with tax arrears to pay the money in installments.

Gaviil Sakellarides, a Greek Government spokesperson, told Skai television: “We will not withdraw the bills for the humanitarian crisis and a 100-installment payment scheme for taxpayers to settle their debts to the state.

“Our creditors knew about these bills in advance.”

The Greek coalition government is led by the radical left Syriza, an anti-austerity party elected on a mandate of ending the memorandum agreement between Greece and the troika to receive a financial bailout for its failing banks in return for severe cuts to government spending.

The troika, heavily influenced by the German government, refused to accept Syriza’s proposal to end the bailout and cancel a large proportion of its debt. It also threatened to cut funding to the government if it did not sign up to a bailout deal which would see the government forced to continue to cut spending under the supervision of the troika (now termed ‘the Eurogroup’).

Syriza reluctantly signed the deal on 20 February, but has since sought to push through anti-austerity bills in the Greek Parliament, backed by a significant increase in its public approval rating since the 25 January election.

However, with just 24 hours’ notice, the EC’s director of financial and economic affairs, Declan Costello, wrote a letter to the Greek Government demanding the ‘humanitarian crisis bill’ be cancelled.

Costello said, in the letter leaked to Channel 4, that the EC wants a re-think on the two bills planned to go before parliament.

He wrote that he would “strongly urge having the proper policy consultations first, including consistency with reform efforts”.

“There are several issues to be discussed and we need to do them as a coherent and comprehensive package,” Costello added.

“Doing otherwise would be proceeding unilaterally and in a piecemeal manner that is inconsistent with the commitments made, including to the Eurogroup as stated in the February 20 communique.”

The new confrontation comes as Greek President Alexis Tsipras held discussions with Victoria Nuland, a top US diplomat, in Athens ahead of crunch talks between the Greek government and the troika over the speed of cash payments to keep the country solvent.

Tsipras has announced a meeting with the Russian Government on 8 April amid efforts to look at possible alternative sources of funding in case the deal with the troika collapses.

However, any deal with Russia could be seen as a serious geopolitical threat to the US Government.