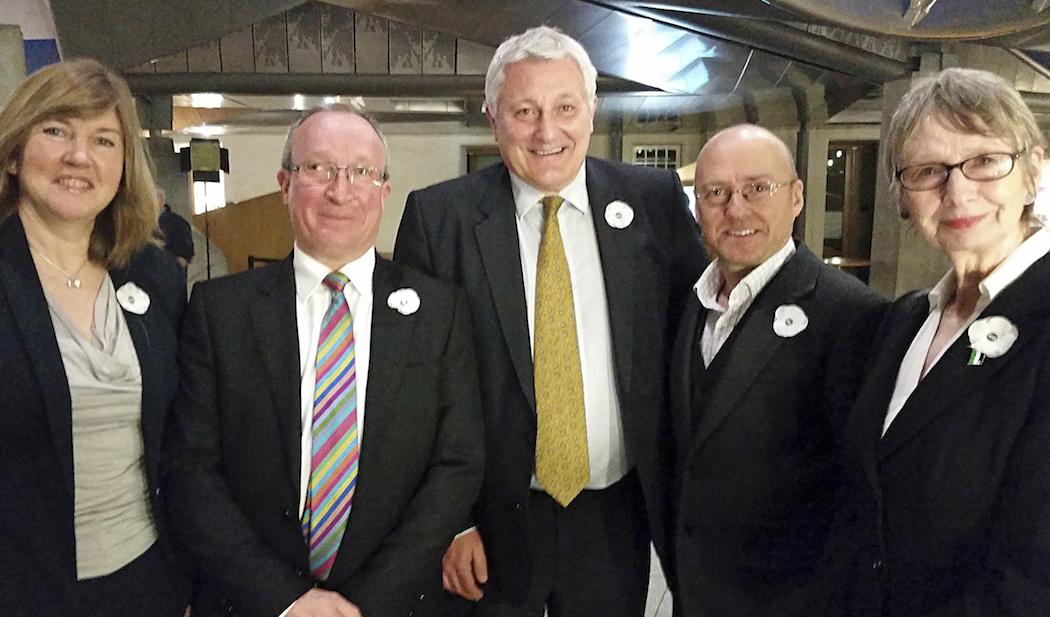 THE GROUP OF FIVE independent and Scottish Green MSPs have backed the Quaker white poppy campaign ahead of Armistice Day remembrance for the millions who died in the first world war.

The white poppies – which place an extra emphasis on modern attempts to create a peaceful world – were distributed by the Women’s International League for Peace and Freedom, the Edinburgh Peace and Justice Centre and the Scottish Quakers.

Brian Larkin from the Edinburgh Peace and Justice Centre said: “The white poppy symbolises a commitment to do all we can to end wars.”

Armistace day marks the day the guns fell silent in the first world war, after a revolution of German soldiers and workers brought about the end of the conflict.

Following the deaths of millions of mostly poor soldiers, communities destroyed by the conflict came together to say ‘Never Again’ to war.

CommonSpace previously spoke to some of the bookshops and campaign groups involved in selling white poppies about why the symbol mattered to them .