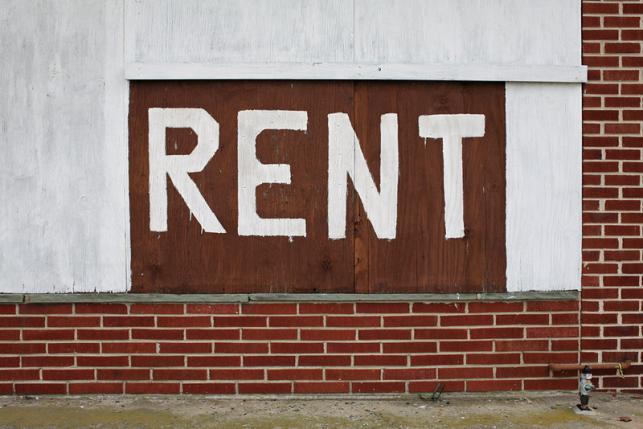 A PROPERTY COMPANY in Leith could be prevented from evicting a long-term tenant after Green MSP Andy Wightman launched a legal bid to stop the eviction under human rights protections.

Colin Brown, 67, is set to be evicted from his home of 27 years by his landlord, Express Investment Company Ltd, who are selling the 29 properties they own including Brown’s Leith home.

Scottish Green MSP Andy Wightman has launched a crowdfunder to  pursue a legal case on human rights grounds in a bid to stop the eviction, believing current laws fail to protect the right to private and family life under the European Convention on Human Rights.

Brown’s case is due to be heard by the First Tier Housing Tribunal, a court which rules on disputes in the Scottish private rental sector, on 17 January 2020. However, Wightman is raising £10,000 to explore the possibility of advancing a case under human rights law should the tribunal decide against Brown.

Speaking to CommonSpace, Wightman said: “Colin’s resistance is all that stands in the way of landlord’s plans and Colin losing his home. That is because I believe Scotland’s tenancy laws fail to protect the Right to Private and Family Life under the European Convention on Human Rights. It may also breach Article 1 of Protocol 1, the protection of property.

“We plan to seek an urgent legal opinion on this question and, if favourable, to seek to challenge private tenancy legislation in the courts not just on Colin’s behalf but on behalf of all private sector tenants.

“But to challenge a corporate landlord like this we urgently need to raise £10,000 at the worst time of the year. However, if only 1000 people donate £10 we will be there.”

CommonSpace understands that, if it is proceeded with, the case would be the first challenge to Scotland’s tenancy laws in the Eurpean Court of Human Rights, and could therefore have significance for other private tenants across Scotland facing eviction.

Gordon MacRae, assistant director of communications and policy with Shelter Scotland, said: “Despite progress in recent years to provide private tenants with more security this case highlights the still precarious nature of private renting as a long term solution to the housing emergency.

“We will watch the case with interest and believe that housing rights should be enforceable as human rights. The only long term solution has to be building many more secure homes to rent than even today’s record number.”

In a statement via their solicitor, Express Investment Company confirmed they were seeking to repossess the property: “The appropriate Notice to Quit was served in May 2019. Mr Brown declined to vacate the property and, as provided for in the appropriate legislation, the Express Investment Company Limited lodged an application to the First Tier Tribunal.

“Given that this matter is subject to ongoing litigation it would not be appropriate for the Company to make any further comment.”

Gordon Maloney, from Scotland’s tenants’ union Living Rent, said: “This case, among countless others, demonstrates beyond doubt that our existing laws do not offer private tenants anything like the protection we desperately need.

“Whether it is giant companies evicting tenants of 27 years, like in this case, or landlords and letting agents driving tenants into poverty through sky-high rents, our housing system is clearly in deep need of urgent change.

“The Scottish government boasts of the moves it has taken to improve tenants’ rights, but there is so much further to go. Without rent controls and better protection from eviction, the reforms we’ve seen mean next to nothing.”