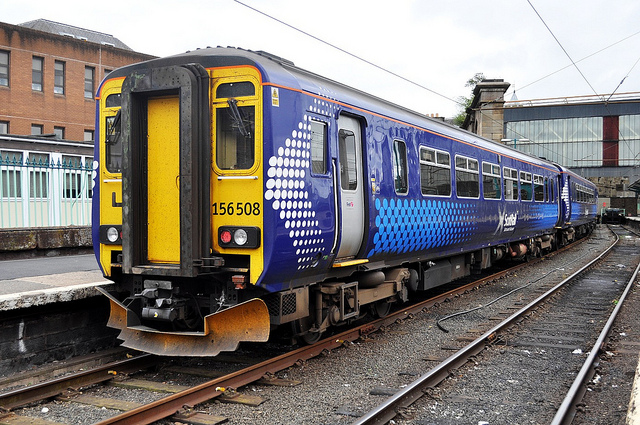 Greens, TSSA and Common Weal say the government must do more to support a publicly-run rail service

GREEN MSP John Finnie has questioned the Scottish Government’s “determination” to see a publicly-run rail service become a reality, after transport minister Michael Matheson confirmed the government would be “giving equal treatment to all bidders”.

Finnie has suggested that this stance is not sufficient to facilitate the creation of a public rail service, a move which he and other campaigners – including the trade union the Transport Salaried Staffs’ Association (TSSA) and the pro-independence think-tank Common Weal – believe would help reduce costs and improve the service for users.

The transport minister announced today (23 August) that public sector bodies will be able to bid for the next rail franchise, following a legal change in the Scotland Act 2016 which the Scottish Government secured.

Following the announcement, Finnie called attention to a letter he received from the transport minister which confirmed that “the requirement for the contracts to be let through open competition remains”.

Matheson wrote: “In line with our manifesto commitment, we want to enable a competitive public sector bid to strengthen competition in order to secure best value for the public purse while delivering continuous service improvements.

“Any public sector body that wishes to consider bidding for a rail franchise contract that is let by the Scottish ministers is able to do so – that is a decision for them.

“Future Scottish rail franchise competitions will continue to be fair and transparent, giving equal treatment to all bidders whether from the public or private sectors.”

Commenting on the letter, Finnie said: “A publicly run rail service, that’s set up in the interest of passengers rather than shareholder profits, won’t magically get up and running by itself. It needs the support of government and a determination from ministers to see that it’s in place by the original 2020 deadline.

“The transport secretary’s insistence that he’ll be ’giving equal treatment’ to franchise bidders from the private sector doesn’t inspire confidence that we’ll have a publicly-run, improved and expanded rail service in Scotland any time soon.”

Dr Craig Dalzell, head of research at Common Weal, which co-authored a paper on the case for a public rail service with the TSSA, agreed that the government’s position “throws into doubt their commitment towards bringing the rail networks into Scottish public ownership”.

He said: “We cannot just accept ‘equal treatment’ and hope that a Scottish public bid might win the franchise – and then hope again that it won’t lose it in the next round of bidding.

“The government should be working to actively build a publicly owned rail company that goes so far above and beyond commercial bids as to render its place as a public utility unassailable.

“We must move towards a future where the franchised tendering process is eliminated completely.”

Finnie also expressed concerns regarding the government’s announcement that the next competition for the franchise may not take place till 2023, allowing Abellio to continue its franchise till 2025, despite the contract allowing for it to end two three years earlier.

This view was echoed by Manuel Cortes, general secretary of TSSA, who said Abellio had failed to meet its obligations. He said: “It’s disappointing that Matheson has chosen not to use the break clause in Abellio’s contract. They’ve failed to meet their franchise obligations throughout their contract.

“If the public were getting this poor a service from their television provider, they would have switched months ago. Matheson’s decision means Scotland’s passengers can look forward to another 7 years of rail misery.”

Cortes also argued that the best solution would be to scrap the franchise system altogether, noting that system has been estimated to cost operators £30m. Cortes added: “Our union has always believed that Scotland’s taxpayers deserve the best rail service.

“Instead of wasting money on consultants to guide them through the franchise process a directly appointed public body could invest in more staff, better rolling stock and better toilets on the trains.

“The franchise process means passengers pay more and get less.”

Transport minister Michael Matheson reiterated in his statement today that it was the government’s view that the Scottish Parliament and the Scottish Government should have “full powers to consider all options for structuring our railways to meet Scotland’s needs”.

Currently, the powers necessary for complete renationalisation of the rail service have not been fully devolved to the Scottish Parliament.