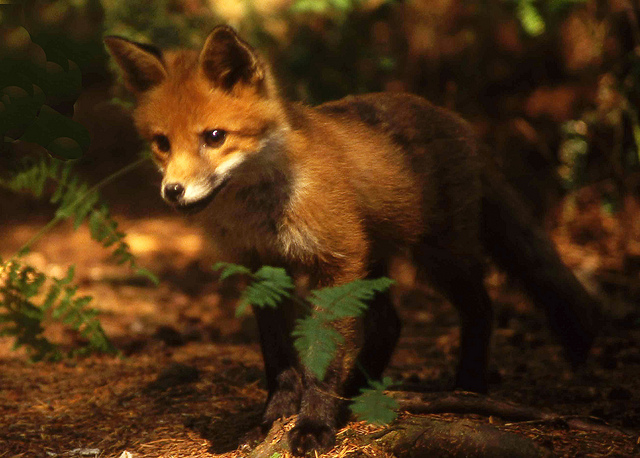 ALISON JOHNSTONE, Green MSP for the Lothian Region, has announced she intends to bring forward a member’s bill in the Scottish Parliament to completely ban foxhunting, arguing that current legislation on the practice has failed.

Confirming her intention on Tuesday evening at a parliamentary event for the League Against Cruel Sports, Johnstone, the Deputy Convener of Holyrood’s Cross-Party Group on Animal Welfare, Johnstone said: “In 2002 the Wild Mammals Act aimed to ban foxhunting but has clearly failed.

“Polling shows most Scots are in favour of a full ban, and I will bring forward a member’s bill to deliver one.” Green MSP Alison Johnstone

“The practice of ‘flushing’ foxes with packs of dogs to waiting guns is in many cases hunting with dogs under another name.

“Polling shows most Scots are in favour of a full ban, and I will bring forward a member’s bill to deliver one.”

Referring to recent controversies regarding the Scottish Government’s record on animal rights, Johnstone added: “SNP members, like most of the public, have been horrified by recent decisions on puppy tail docking and shock collars. We cannot allow ministers to kick the can down the road on foxhunting. It’s time to take a stand.”

Johnstone’s latest call follows consideration of a new resolution by the SNP national council to end all forms of foxhunting earlier this month.

The killing of foxes with hounds was first made illegal in 2002 by the Protection of Wild Mammals (Scotland) Act. However, dogs can still be used to flush foxes out of hiding and to chase them towards organised hunts, where the foxes are subsequently shot by participants.

At present, the law contains an exemption for the use of dogs to flush out foxes for the purposes of pest control, or protecting livestock and ground-nesting birds.

Taking advantage of this exemption, mounted hunts in Scotland have since offered their services to landowners, farmers and estate managers as a pest control service.

A review of current legislation pertaining to foxhunting was carried out by Senior judge Lord Bonomy in 2017, concluding that the law as it stands is “unduly complicated” and has hindered prosecutions.

Bonomy estimated up to 800 foxes were killed by guns during mounted hunts every year, and also noted there were grounds for suspecting that illegal hunts still take place.

Earlier in November, the League Against Cruel Sports produced footage documenting what appeared to be illegal foxhunting in Scotland, showing up to 16 hounds, accompanied by riders on horseback, near the village of Pitscottie. No guns are evident in the footage.

READ MORE: Scotland has a chance to lead by example on stopping foxhunting

An investigation conducted by the Sunday Mail newspaper the previous month uncovered further evidence to suggest that the law was being broken by a hunt taking place in the Borders. According to the Daily Record newspaper, both incidents are being probed by police.

Responding to Johnstone’s remarks, a spokesperson for the Scottish Government said Lord Romney’s recommendations were currently being consulted upon, adding: “We have also established a stakeholder group to develop a new code of practice and assess the feasibility of a new monitoring scheme.

“We remain committed to ensuring the highest welfare standards for all animals, including those in the wild, and encourage everyone to notify Police Scotland if anyone is suspected of breaking the law.”