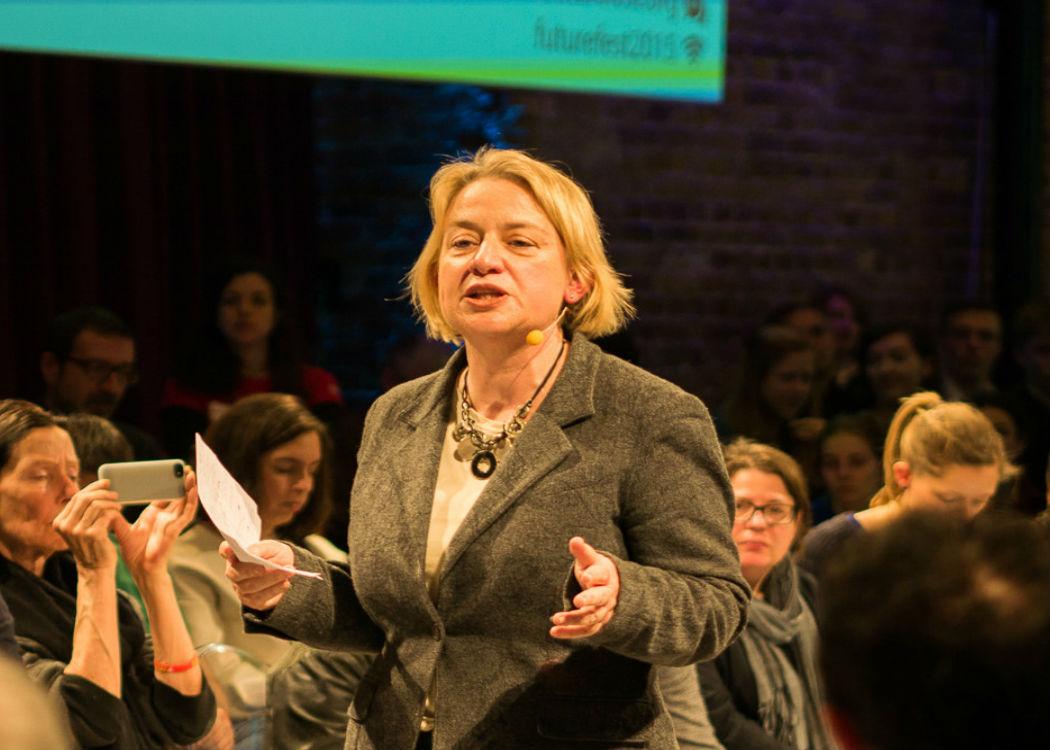 WITHIN a day of the General Election result, political leaders were dropping like flies. First Nick Clegg fell on his sword. Not long after, it was Ed Miliband’s turn to bow out as Labour leader. Nigel Farage even stepped down as Ukip chief before scampering back into position after the party’s NEC rejected his resignation.

Green party leader Natalie Bennett was one of the few to not leave her post, despite some murmurs in the media that she should consider her position.

But why should she? The Greens may have failed to build on the party’s sole elected MP, the effervescent Caroline Lucas in Brighton, but the party increased its share of the vote four-fold. It rocketed from 265,187 in 2010 to 1,157,613 in 2015.

Party membership for the Green Party of England and Wales has risen from 12,000 to 66,557, while the Scottish Greens has more than 8,000 members.

The much discussed ‘Green surge’ did take place but the nature of Westminster’s first past the post voting system meant that it went largely under the radar.

Remaining upbeat despite the lack of Green seats, and the rain pounding down outside Westminster, Bennett says that a change to the voting system is now urgently needed.

“I think the really big message from this election is that the first past the post electoral system has very clearly failed,” the Green leader told CommonSpace.

“We got 1.1million votes, four times more votes than ever before. We’ve seen a situation where we’ve elected Caroline Lucas with a significantly increased majority. But the system has failed voters.

“Over the coming weeks and months I expect to see a great deal of politics done, by that I mean petitions, street marches, campaigning of all sorts for electoral reform and campaigning to get across how damaging austerity has been.”

“I think the really big message from this election is that the first past the post electoral system has very clearly failed.” Natalie Bennett

For a while during the election it looked like the voices of anti-austerity might be winning. Led by three women – Bennett, the SNP’s Nicola Sturgeon, and Plaid Cymru’s Leanne Wood – there were high hopes for a ‘progressive alliance’ at Westminster.

The result, a Conservative majority government, came as a shock to everyone, and protests have already begun to be organised by groups who are opposing further cuts to public services.

“If this government survives the next five years, I think you’ve got to have a grave concern about the fate of disabled people, the fate of single parents, the fate of public sector workers, and the fate of our public services and the privatisation that threatens them,” said Bennett.

“The result is deeply shocking to those who are anti-austerity, who wanted to build a different type of fair, humane society.

“But I think the movement must regroup and argue for a different model of a society that works for the common good, not just for the few . A society where the minimum wage is a living wage and where there is decent benefits available to everyone who needs them.”

In Scotland, by voting for the SNP and rejecting the parties of austerity, people did indeed vote for that vision of a different society. Does Bennett believe that the party’s block of MPs, all 56 of them, will be able to influence the agenda at Westminster?

“Scotland very clearly demonstrated its political temperature,” she responds. “It’s going to be very useful to have that number of MPs, with the presence they’ll have in the house, articulating the case against austerity. But I do have some concerns. This is a party that only a few months ago was saying that they wanted to cut corporation tax. So I very much hope they stick to their manifesto promises.”

“This is a party that only a few months ago was saying that they wanted to cut corporation tax. So I very much hope they stick to their manifesto promises.” Natalie Bennett on the SNP

Of course, while the SNP and the Greens may share common ground on the issue of austerity, much remains that separates that two parties, as Bennett is quick to point out.

The Scottish Parliament elections will take place in May 2016, and the Scottish Greens have been tipped to do well, boosted by the more favourable voting system for smaller parties. Will we begin to see the electoral results of the Green surge come to fruition then? Bennett is hopeful.

“Coming up next year is proportional representation elections in Scotland, Wales and London. and that is huge opportunity for our party and sister party in Scotland to really get our message across,” she said.

“I’m very confident that the Scottish Greens will have a great showing at Holyrood. What they’re presenting is a unique offer. A society that works for the common good in which no one has to go hungry or worry about keeping a roof over their head, while we all collectively live within the environmental limits of our one planet. That is particularly the area of policy where the SNP fall down in terms of their approach to fossil fuels and transport.

“The Greens is the genuine anti-austerity party, the genuine party that wants to fight for the common good.”

With a Labour party that seems set to move further right following Ed Miliband’s election defeat, some political space seems set to open up for the Greens. Is Bennett going to stick about to capitalise on it?

Her response was unambiguous. Bennett said: “I was re-elected unopposed for my second two year term last September and I’ll be serving at least that two year term. Everyone keeps asking me what will I do after that but a week is a long time in politics so 18 months is an age. I’ll offer opinion on that closer to the time.”