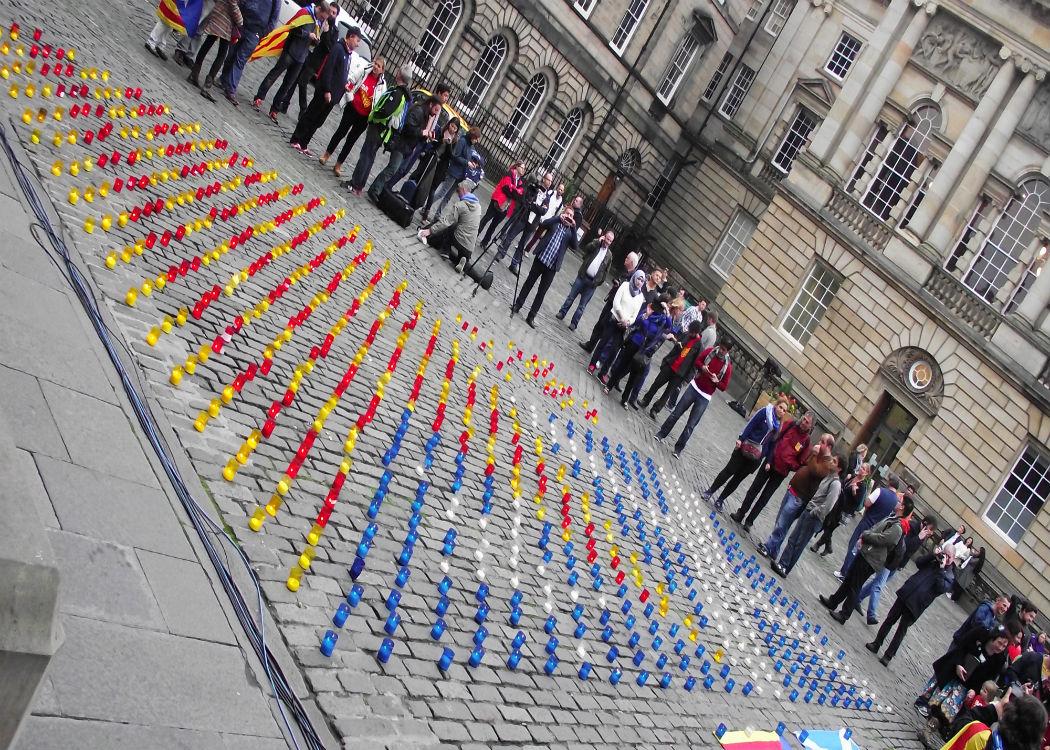 THE Scottish pro-independence left have called on the Spanish state to respect the outcome of Catalonian parliamentary elections as a majority of seats are taken by pro-independence parties.

The Junts per Si (together for Yes) party took 62 seats in the 135 seat Catalonian parliament, with another 10 being won by the radical left CUP party. Pro-independence parties have long stated that winning a majority in the parliament provides them with a mandate for unilateral independence given the Spanish state’s refusal to co-operate in a referendum.

In a press statement, Ross Greer, one-time Yes Scotland organiser and Scottish Green party candidate for the West of Scotland regional seat, said: “The Spanish Government must respect the outcome of this election, and the UK and other EU countries should do everything they can to ensure the Catalan people’s right to self-determination is upheld. Their repeated denial of a referendum has been an unacceptable barrier to democracy.”

The Scottish Greens are linked to the Initiative for Catalonia Greens who operate within the Spain-wide left-wing Podemos movement.

Maggie Chapman, co-convenor of the Scottish Green party, told CommonSpace: “People all over Europe are looking for ways to change the political status quo. The independence movement in Catalunya is part of this rejection of elites. As long as governments deliver for big corporations rather than people voters will continue to demand true democracy.”

The new radical left Rise alliance, which will contest region seats in the 2016 Scottish parliamentary elections, has close links with CUP.

The parliamentary elections of 27 September followed a referendum on Catalonian independence in November 2014 which saw the country vote Yes. The referendum was not recognised by the Spanish government.