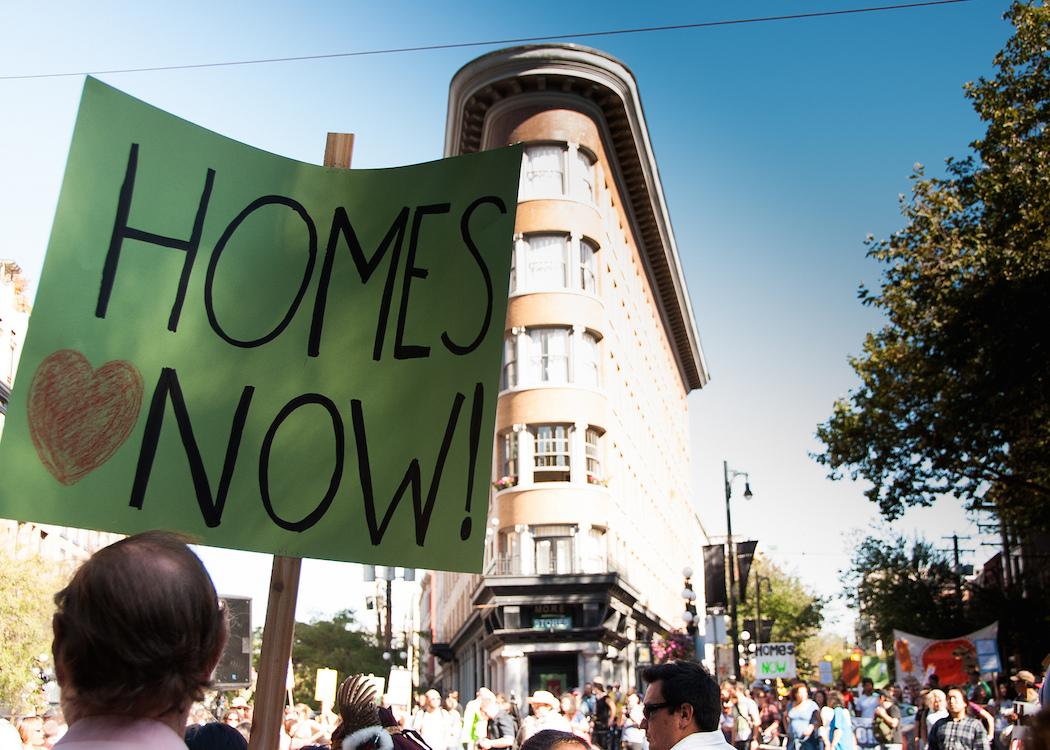 GENERATIONAL AND WEALTH INEQUALITIES caused by high property prices would be tackled through the Scottish Greens’ property tax proposals, according to party candidate Andy Wightman.

Speaking to CommonSpace following the release of the party’s tax raising plans, Wightman said that the party’s intention was “to get the price of land down” as part of a long-term tax and housing reform programme aimed at tackling inequality.

However, the SNP – who remain on course to win a second majority government – warned that higher local property taxes would penalise the low-paid if house values continued to increase.

Wightman, Green spokesperson on local government and an established land reform campaigner, said: “Often the political incentive is to prop up asset prices. We want to reverse that, especially with the increase of younger voters being priced out of any decent housing.

“Affordability should be something for everyone. It’s an increasingly popular idea.”

Wightman explained that a reformed housing market – where progressive property taxes prevent a upward spiral in mortgage costs – would leave households “better off”.

The average UK mortgage debt has risen to around PS85,000 , with tens of billions of pounds paid in mortgage interest payments every year.

Landlords claimed tax deductions on loan interest payments of over PS6bn in just one financial year.

The Scottish Green proposal to replace the council tax with a residential property tax would increase tax liability on homes currently valued on Bands D-H. The highest value properties would see the greatest increase in their tax bills, while the lowest two bands (A and B) would receive tax cuts.

“A city-centre tenant in a low-band flat, for example, might find themselves pushed out of their home because their landlord’s property value has increased over time.” SNP spokesperson on Scottish Green proposals

However, the SNP have rejected proposals to replace the “discredited” council tax in favour of alterations to the highest bands.

“There are serious questions over the impact the Green proposals on local tax would have on those struggling to make ends meet – with many who can ill-afford it seeing a potentially massive increase in their tax bill,” the spokesperson said.

“A city-centre tenant in a low-band flat, for example, might find themselves pushed out of their home because their landlord’s property value has increased over time and they can no longer afford their tax bill.”

The SNP comment reflect different visions of how to deal with the generational and wealth inequalities of the housing market.

“I don’t think they’ve thought of the macro-economic impacts on property.” Green candidate Andy Wightman on SNP support for the council tax

The Mirrlees Review of the UK tax system suggested that a housing service tax would lead to a PS1m home losing “around 6 per cent of its value” due to the increases tax liability associated with high priced property.

Increased property values mean that home owners, concentrated in older generations, have gain vast untaxed wealth in the form of property assets due to the consistent rise in prices over previous decades.

However, inflated house prices also lead to increases in generational inequalities as younger people struggle to access the capital required to receive a mortgage and now face greater levels of personal debt if they do so.

Economist Joseph Stiglitz, who also advises the Scottish Government, said this week that young people are “right to be angry” over an unequal society system “buying a home is a distant dream”.

When Harvie stated that “the option to differ payment until a property is sold would allow people to make arrangements that work for their personal circumstances”, Sturgeon questioned whether those living in higher value properties would want to move to avoid higher local taxation.

However, Wightman claims that tax reform would mean that market prices would adjust – with asset prices changing to reflect the new system set by council authorities.

“I don’t think they’ve thought of the macro-economic impacts on property,” Wightman said of the SNP proposals.

“They’ve only seen it as a means to raise a relatively small amount of money. [Tax reform] means trying to get the price of land down so that people don’t have to take on high debt levels – which is a barrier to a a human right of quality housing.”

Defending party plans to maintain an altered council tax, a SNP spokesperson added that: “The SNP plans in contrast are credible and progressive – we’re asking those in the top 25 per cent of homes to pay more, which will fund PS100m of investment a year in our schools.”