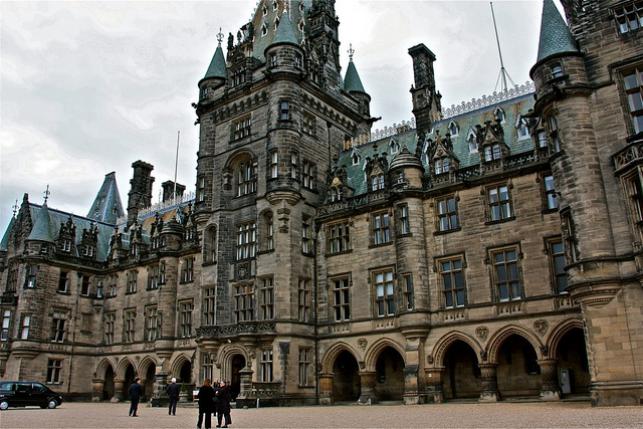 SCOTLAND should focus on making every state school in the country “first class” and worry less about “elitist institutions”, the Scottish Greens have argued following the release of a report warning that the financial security of Edinburgh’s private schools may be under threat.

An impact report from the Scottish independent consultancy BiGGAR Economics has found that Edinburgh’s private schools – which educate 25 per cent of the city’s pupils – may face a £9 million increase in costs in consequence of the Scottish Government partial removal of their business rates relief, combined with a rise in teachers’ pay and the cost of pensions contributions.

The report calculates that these financial burdens would lead to a hike in fees of seven per cent, or £900 per pupil on average.

The report states: “Based on discussions with the Edinburgh independent schools it is clear that many parents would not be able to bear this financial burden. For around 15 per cent of parents this would be completely unaffordable, leading to these pupils dropping out of independent schools.

“This equates to an estimated 1,750 pupils, which would be equivalent to a school the size of George Heriot’s closing. If this scenario were to occur it was estimated that income across the Edinburgh independent schools would fall from £143.4m currently to £130.4m.”

“In Finland where there are almost no private schools and absolutely no fee-paying schools, attainment rates are higher and inequality is much lower.” Scottish Green education spokesperson Ross Greer

In December 2017, the Scottish Government announced that all business rates relief for charitable private schools would be removed, following the recommendation of the Barclay Review that such schools be stripped of their 80 per cent mandatory relief on business rates and optional 20 per cent discretionary rate. This will come into effect from the 2020/21 financial year.

John Edward, director of the  Scottish Council of Independent Schools which commissioned the report, commented: “There is a double whammy of pensions contributions and business rates as well as inflationary increases in teachers’ pay and that impacts on all schools across the country.

“The money has to come from somewhere and that will include increases in fees, reducing the assets of the schools such as staff and facilities, which they don’t want to do, or it comes down to charging commercial rates for facilities and no-one wants to do that either.”

However, the apparent inability of Edinburgh’s private schools to survive without state assistance has drawn little sympathy from the Scottish Greens, who reiterated their scepticism of private schools’ long-held ‘charitable status’.

Speaking to CommonSpace, Scottish Greens Education spokesperson Ross Greer MSP said: “Private schools only entrench the grotesque levels of inequality in this country. Like private schools, public schools provide education and lease their facilities to community groups. However, they pay rates so it’s hard to feel sympathy for private schools who will finally have to start paying as well, rather than continue enjoying a tax break due to their dubious ‘charitable status’.

“In Finland where there are almost no private schools and absolutely no fee-paying schools, attainment rates are higher and inequality is much lower.

“Scotland’s priority should be making every state school in the country first class, rather than spending our time worrying about the fate of these elitist institutions.”

The Scottish political commentator Gerry Hassan, who recently wrote in favour of the abolition of private schools in Scotland, also told CommonSpace: “The private school lobby is running scared of reform in Scotland.

“For too long they have been able to pose as charities and claim the benefits of chartitable status getting the rest of us to subsidise their multi-million pound businesses. Now that time is being called on this Edinburgh private schools are throwing up all sorts of scare stories about the consequences of them having to pay business rates without the 80% relief they can current claim.

“Edinburgh would be a better city, community and economy if it educated all of its children in the state system.” Political commentator Gerry Hassan

“Places of privilege like George Watson and Fettes have just had it too easy too long: hugely profitable businesses which run a tiny amount of bursaries and charge astronomic fees. Edinburgh would be a better city, community and economy if it educated all of its children in the state system.”

The teacher and education policy journalist James McEnaney added: “This is about the worst kept secret in Scottish education so I’m not even remotely surprised.

“There will no doubt be calls from some quarters for public money to be used to protect these schools from market forces, and renewed calls to let private schools keep the tax breaks derived from their highly questionable charitable status – all of this should be rejected.

“What we should do, however, is use this as a catalyst for a much-needed discussion about the impact of private schooling, both in Edinburgh and across society as a whole.”