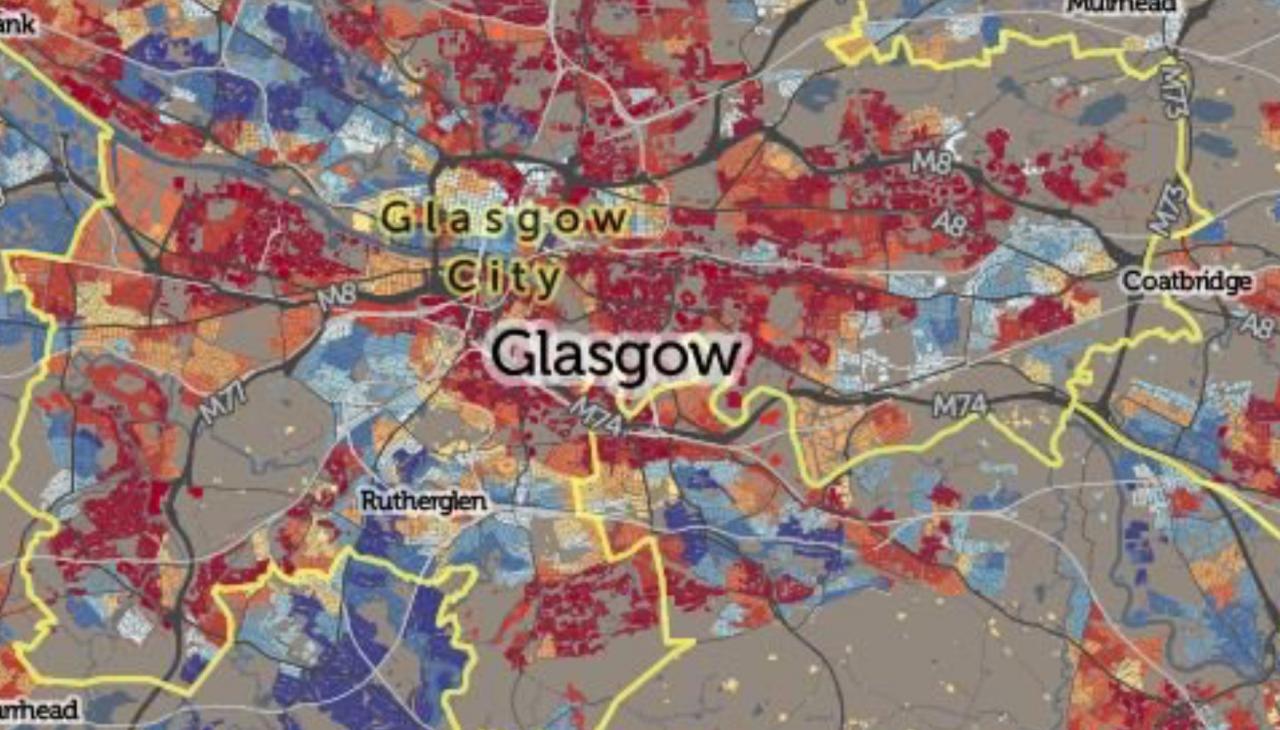 THE SCOTTISH GREENS have said that more needs to be done by Scottish ministers and local authorities in Scotland poorest communities to boost employment prospects, health and reduce inequality.

The comments came in response to the latest Scottish Index of Multiple Deprivation, which looks at a range of factors including wages, jobs and health, which showed that the council areas with the largest increases in deprivation were West Dunbartonshire, Midlothian, North Ayrshire and South Ayrshire.

Alison Johnstone MSP, who is the party's spokesperson for social security and health, focused on the local authority areas which have seen an increase in deprivation since 2012. Of the 20 per cent of the most deprived areas in the country, 11 local authorities make up the greatest share.

"We can push further on a real Living Wage across our economy, and we can boost people’s health by committing to a major programme of housebuilding and energy efficiency measures, along with better public transport and cycling and walking infrastructure." Alison Johnstone MSP

Johnstone, said: "To see an increase in multiple deprivation shows that communities are being failed by all levels of government. We have neighbourhoods where problems have become embedded, and that is a tragedy for every individual affected.

"If we’re to boost incomes, employment chances and health, we need to see greater ambition from Scottish ministers and local authorities. Yes, the Westminster government’s continuing agenda of cuts plays a part, but we cannot let that stop us.

"With devolution of employment programmes we can stop the sanctions that push so many people into hardship and poor health. The Green MSPs' recent report has shown the government how to do this.

"We can push further on a real Living Wage across our economy, and we can boost people’s health by committing to a major programme of housebuilding and energy efficiency measures, along with better public transport and cycling and walking infrastructure. If Scottish ministers are serious about tackling deprivation in our communities, they must make those priorities."

Glasgow has 56 of the 100 most deprived areas, but this is still down five on the last index figures taken in 2012.

The Scottish Index of Multiple Deprivation (SIMD) ranks up to 7,000 small areas in Scotland listing the most deprived to the least and uses information and data from the UK and Scottish Governments, the police, local councils and NHS Scotland.

Divided into 6,976 data zones of roughly equal population, the data collected from across Scotland is judged by 38 measures and put into seven domains, with each representing a specific form of deprivation experienced by ordinary people.

It is used by the Scottish Government and third sector to direct policies that will alleviate poverty, public health issues, crime and under-attainment in the Scottish population.

The proportion of West Dunbartonshire neighbourhoods among the most deprived has risen by 35 per cent since 2012.

Aside from the council areas which have seen an increase, there are 10 council areas that now have a smaller share of deprivation hot spots.

Glasgow has 56 of the 100 most deprived areas, however this has gone down by five on the last index figures taken in 2012 with almost half (48 per cent) of areas among the most deprived 20 per cent.

Seven of these areas in Glasgow are also the most consistently deprived which include Barrowfield, Central Easterhouse, Parkhead West, Barlanark, Dalmarnock, Keppochhill and Govan.

However confirming Johnstone’s statement, the proportion of West Dunbartonshire neighbourhoods among the most deprived has risen by 35 per cent since 2012.

"To see an increase in multiple deprivation shows that communities are being failed by all levels of government." Alison Johnstone

The Scottish Government said that its publication showed the "significant long-term challenge" of tackling deprivation. Communities Secretary Angela Constance said: "The SIMD is important – and widely used in both the public and third sectors – because it clearly sets out where the most deprived areas in Scotland are, so we can ensure public funding, policies and services can be targeted most effectively.

"While changes in methodology mean it’s not possible to compare directly with previous years, SIMD is always a good reminder of why Scotland needs a government committed to tackling deep seated deprivation, poverty and inequalities."

She also mentioned the political context of Brexit, suggesting that the recent vote to leave the European Union (EU) would make the Scottish Government’s tasks more difficult, but also pointed to where plans are afoot to alleviate deprivation in communities.

Additionally, Constance said: "This will not be an easy job while we do not have the full levers of power, but I am determined we take on the challenge of making a generational change for those areas that have been in poverty for too long. In the face of continuing UK Government welfare cuts, an austerity agenda and attempts to take Scotland out of Europe, this will continue to be a long-term challenge.

"We are spending £100m protecting people against the worst effects of welfare reform and every pound spent on mitigation measures is a pound less that can be spent on lifting people out of poverty.

"Our consultation on ending child poverty outlines ambitious long-term targets reaching as far as 2030. This problem needs continuous action and that is why our Fairer Scotland Action Plan, which will be published this autumn, will set out the range of ambitious actions we will take in this parliamentary term and beyond."