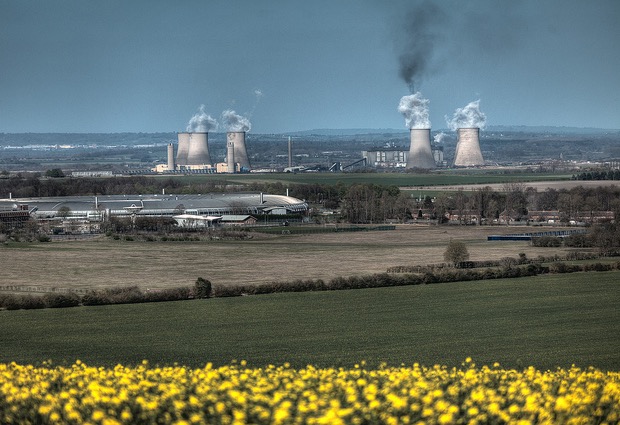 THE Scottish Greens have signalled approval at the move by the UK Government to delay its final decision on building a new nuclear energy plant at Hinkley Point C.

In opposition to the GMB Trade Union, they instead advocated the decision as a chance for the UK Government to rethink its agenda on providing renewable energy for the UK's energy needs.

Hinkley Point C in Somerset is a project planned and funded mostly by French state-owned utility company EDF and would be the UK's first new nuclear plant in decades to be built.

According to the Office for National Statistics (ONS), Scotland’s nuclear power accounts for nearly 12 per cent of all turnover from low-carbon industries, including wind, hydro and solar, compared to 7.5 per cent in England.

West of Scotland Green MSP Ross Greer said: "I’m delighted that there’s a delay in the final decision for this project.

"Hopefully the UK Government will see sense and scrap the development in favour of investing in safer, cleaner and less eye-wateringly expensive 21st century renewable technology."

His comments were supported by the resignation of Gerard Magnin, board member of EDF, who quit ahead of its meeting to approve the Hinkley Point nuclear plant, calling the project "very risky" and suggesting it could drag the French utility giant into an "abyss".

"I’m delighted that there’s a delay in the final decision for this project." Ross Greer MSP

EDF, which is financing most of the £18bn project, approved the investment required, which would be built next to the two existing facilities, Hinkley A and B.

The Chinese, through a subsidiary group called CGN, have committed to one-third of the £18bn cost, in order to get a foothold in Western Europe, which has come with its own concerns over national security.

However the GMB, the union for energy and engineering construction workers, stated that the delay put future project financing in doubt and 25,000 new jobs at risk immediately.

It claims this is especially dangerous given the recent vote to leave the European Union (EU) when outward investment is needed.

"This unnecessary hesitation is putting finance for the project in doubt and 25,000 new jobs at risk immediately after Brexit." Justin Bowden

"After years of procrastination, what is required is decisive action, not dithering and more delay.

"This unnecessary hesitation is putting finance for the project in doubt and 25,000 new jobs at risk immediately after Brexit.

"It is a gross error of judgement and must be reversed. The country's energy capacity is already so fragile that if we have a cold winter there is a high likelihood we will experience power cuts.

"The ramifications of this foolish delay are far wider than putting our energy needs in jeopardy, they will immediately call into question other major infrastructure projects coming down the line like HS2 and Heathrow or Gatwick expansion."

The SNP’s energy and climate change spokesperson at westminster, Callum McCaig MP, slammed the UK Government for its ongoing "chaotic and confused" approach to energy policy.

It has also been reported in the Telegraph that Treasury Minister Lord O’Neill has threatened to resign following the announcement that the project will be delayed.

The story emerged with the backdrop of France and EDF poised to demand £2.5bn in compensation if the project is scrapped.

"The country's energy capacity is already so fragile that if we have a cold winter there is a high likelihood we will experience power cuts." Justin Bowden

"We’ve seen it on issues from brexit to trident – this UK Government takes very little care in planning and assessing the costs of their policies.

"The circumstances emerging around the nuclear plant at Hinkley are symptomatic of these problems – with France set to demand £2.5bn in compensation if the plans are scrapped.

"The project at Hinkley Point is massively expensive and would be a huge drain on taxpayers for decades to come."

According to a report by the Scottish Affairs Committee, the UK Government’s recent changes to energy policy have caused uncertainty in the sector and risk hitting growth of the renewables industry in Scotland.

The committee claimed the significant growth of the renewable sector in Scotland had demonstrated the benefits of a supportive policy environment and attracted significant investment.

It added around 21,000 people are now employed in the sector which produces almost 30 per cent of the UK’s renewable electricity.

However, the report stated that policy changes such as the removal of subsidy for onshore wind in particular have affected investor confidence negatively.

McCaig added: "The government policy on energy is not delivering for consumers, on energy security or the environment.

"Westminster’s nuclear obsession is continuing even when they are slashing support for the renewable industry and cancelling carbon capture and storage initiatives, costing thousands of jobs across the UK and in Scotland in particular.

"It is absolutely vital that the UK Government sees sense and rethinks its energy policy – and immediately bring an end to the chaos at the heart of government."

Nuclear power is more valuable to Scotland's economy than anywhere else in the UK, according to statistics by the ONS.

Its figures show that in Scotland, the nuclear power sector was worth more than £660m to Scotland's economy in 2014, and employed around 2,000 full-time staff.