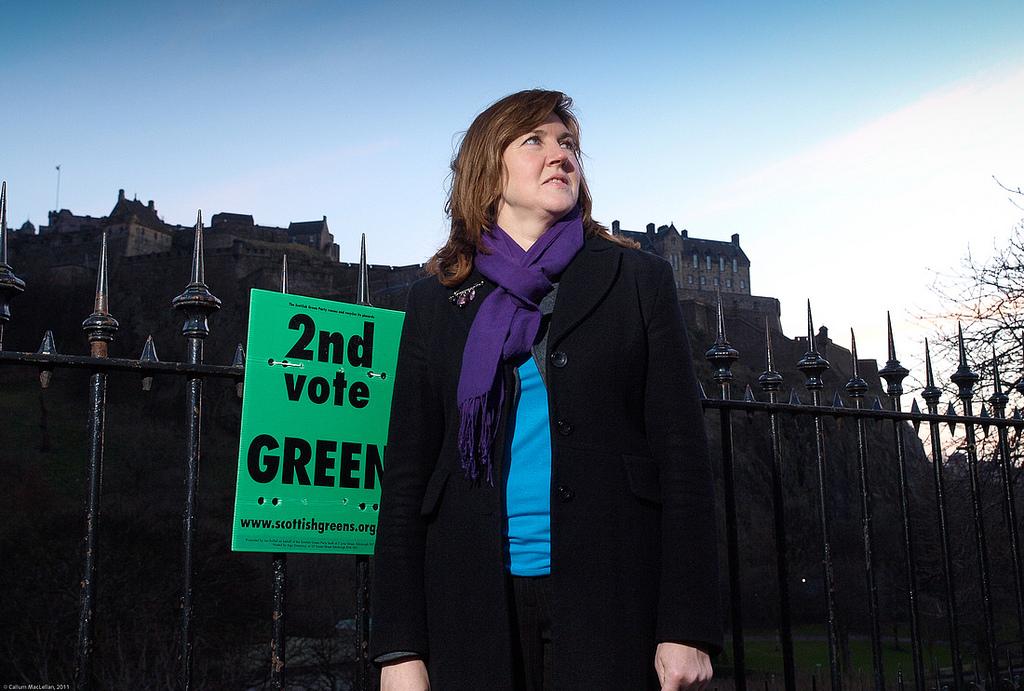 ALISON Johnstone, Scottish Green MSP, has lodged a motion to the Scottish Parliament saying the party is “appalled” by reports that the Scottish Government intends to hand a PS350m Scottish water contract to the English privately-owned company Anglian Water.

CommonSpace reported on Tuesday (click here to read more) that the water contract to over 100 Scottish public sector organisations, currently run by Business Stream, which 100 per cent owned by the public-sector Scottish Water, is set to go to Anglian Water, an English private-sector company that has been criticised by the Environment Agency for being a “significant repeat offender” of water pollution, as well as being identified by Corporate Watch as a tax dodger.

Johnstone, MSP for the Lothians, said of the reported deal: “It is deeply concerning that the Scottish Government appears to be about to award this massive contract, worth PS350m over three years, to Anglian Water, so any profits will flow out of the Scottish economy.

“At the moment the billing and servicing of water for council buildings, hospitals, universities, prisons and the Scottish Parliament is carried out by Business Stream, so any profits come back to publicly-owned Scottish Water.”

The move would be a change of direction from First Minister Nicola Sturgeon, who said in August last year that she was “determined to ensure that Scottish Water continues to be a public sector success story” when announcing the tendering process for the water contract.

The bidding process is currently in a 10-day ‘standstill’ period as part of EU procurement laws for contracts of this size.

The Sunday Times reported that Business Stream is engaging in “intense lobbying” to convince Scottish ministers to move away from handing the contract to Anglian Water.

The text of Johnstone’s motion is as follows: “That the Parliament is appalled by reports that Scottish Ministers’ promises to keep Scottish Water in public hands and a ‘public sector success story’ may be undermined by the award of a major PS350m public sector contract to private sector company Anglian Water; notes that the current contract to supply mains water and waste water services to more than 100 public sector organisations is delivered by Business Stream, a company 100 per cent owned by Scottish Water and which ploughs profits back into the public sector; further notes that calculations by Corporate Watch show that Anglian paid PS151m to its private owners but just PS1m in tax in 2012 after an operating profit of PS363m, and is accused of avoiding millions in tax by routing profits through tax havens by way of taking on high-interest loans from their owners through the Channel Islands stock exchange; believes that water services should be in public hands and that public contracts should benefit the common good not corporate profit.”