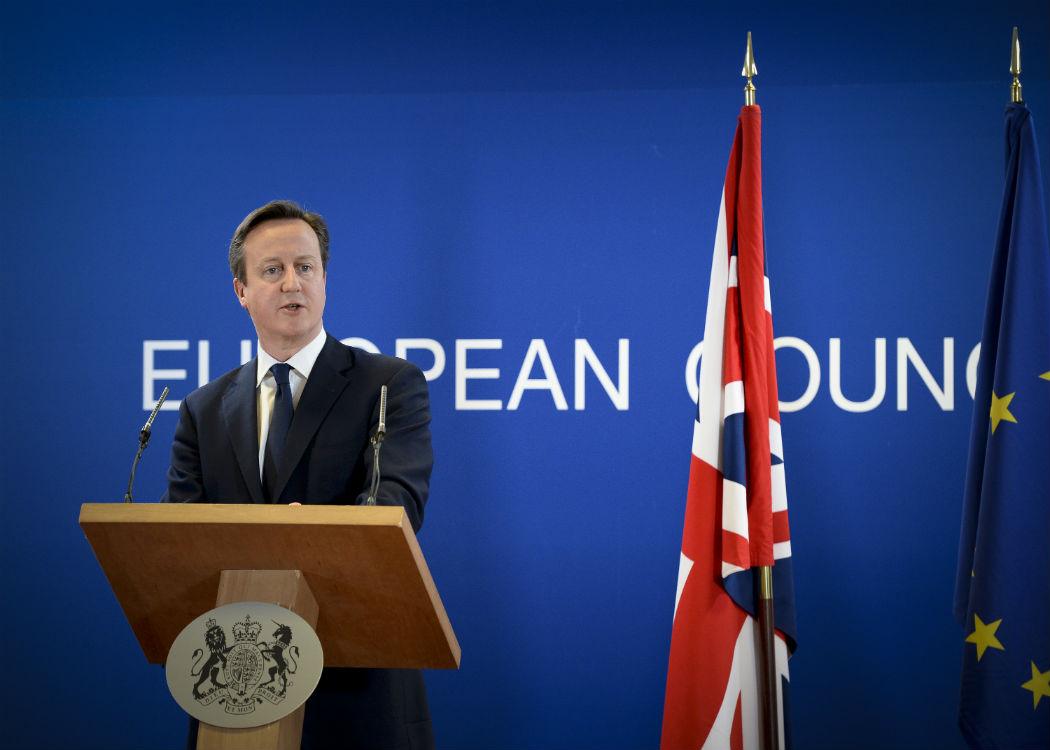 PRIME MINISTER David Cameron will broach his reform agenda for Britain’s membership of the European Union for the first time with EU leaders at a summit in Brussels, but the concerns of the UK Government are likely to be overshadowed by the urgent issue of a possible Greek exit from the Euro, dubbed ‘Grexit’.

The Prime Minister will warn EU leaders that a ‘Brexit’ is possible in the UK’s referendum on its European Union membership, set to take place in 2016 or 2017, if EU states don’t back changes which address Britain’s dissatisfaction with the 28-member state union.

However, his time is likely to be curtailed as the summit is set to be dominated by the issue of Greece as well as the migrant crisis in the Mediterranean, with the Prime Minister accepting that the most he’s likely to practically achieve is to get an agreement on when official negotiations will take place.

While not revealing his full list of demands publicly, it is known that key issues Cameron is seeking change on include restrictions on EU citizen’s right to claim social security in host countries, an opt-out from the principle of “ever closer union” and greater powers for national parliaments.

Ahead of the summit, divergent messages about the warmth EU nations held towards Britain’s reform plan emerged from Germany and France, the two biggest and most politically important countries in the EU.

German President Joachim Gauck said during a state banquet for the Queen, who is visiting the country, that the EU “needs Britain”.

“A constructive dialogue on the reforms Britain wants to see is therefore essential,” Gauck said. “As a good partner, Germany will support this dialogue.”

French Minister Emmanuel Macron took a different stance entirely, telling the BBC that he didn’t “understand how it is possible to say ‘We, the UK, have all the positive aspects of Europe but don’t want to share any of the risk with any member states’.” (Click here to read more).

Most leaders minds will not be on the trials and tribulations of Britain, however, as more urgent, unstable matters are getting to boiling point.

The migrant crisis has intensified with chaos at Calais port on the French side of the English Channel as hundreds of desperate refugees tried to take advantage of a strike by port workers to reach British shores. The situation has stabilised after the strike, but the refugee camp in Calais is bigger and more chaotic than ever according to locals.

Greece represents the biggest present danger to the stability of the EU, with no deal done between the Greek Government and the creditors with just a few days remaining to avoid a default, which would likely trigger Greece’s exit from the euro and collapse of its banks.

The radical left government in Athens issued a statement on Wednesday [24 June] evening stating that the deal proposed by the Greek Government that was accepted in broad terms by the creditors on Monday has now been rejected in favour of a counter-proposal from the creditors which “would put the costs of austerity on to labour and pensioners”.

The summit on Friday [26 June] is supposed to be the last chance to save a deal, but it’s possible that negotiations could continue right up until the 30 June deadline, even though the Greek Government also has to win support for a deal from the Greek parliament as well.