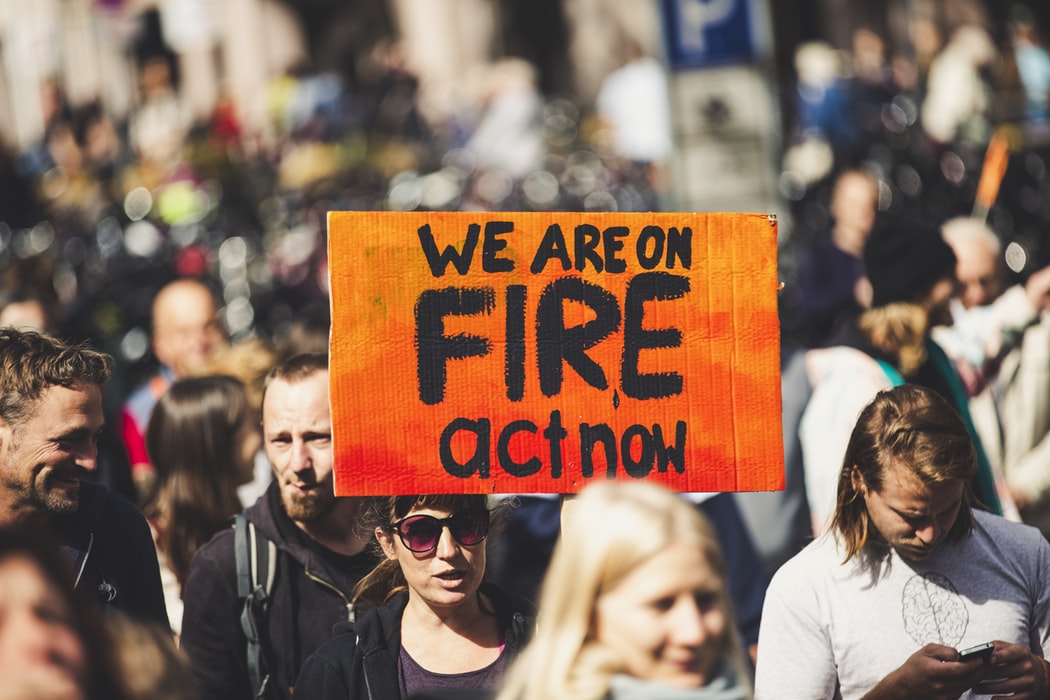 MAJOR CHANGES in land use including a levy on fossil fuel companies to fund reforestation could be introduced to tackle climate breakdown, UK climate change advisers have said.

The UK Committee on Climate Change has made a series of recommendations in a new report advocating urgent changes to the way land is managed across the UK.

Recommending a ban on the burning of grouse moors, the report said that current voluntary initiatives were insufficient with the current government policy not driving change at the required speed.

The CCC’s report says a fifth of agricultural land should be taken out of production and used to create natural methods of storing carbon with reforestation.

It calls for 100 million trees to be planted each year, funded by a levy on airlines and fossil fuel companies – a significant increase on current levels of planting.

People across the UK should also cut their consumption of carbon-intensive foods such as beef, lamb and dairy by at least 20 per cent per person, a “modest reduction” the report argues.

Measures included in the report would cost some £1.4 billion per year but would generate wider benefits of around £4 billion, according to the CCC.

The independent committee advises the UK and devolved governments on climate change, and the report represents its first in-depth set of recommendations.

The UK Government has a binding target to reach net-zero carbon emissions by 2050, with the Scottish Government hoping to do the same by 2045.

Lord Deben, chairman of the Committee on Climate Change, said the country was in a “race against time”, adding: “there’s no doubt urgency must be the hallmark of what we are doing here”.

Reacting to the report, Rural Economy Secretary Fergus Ewing told CommonSpace: “The Scottish Government welcomes the breadth and depth of the CCC’s report, confirming, as it does, that we were right to declare a global climate emergency last year.

“We strongly agree that Scotland’s land and the manner in which we use and manage it will be key in meeting Scotland’s and the UK’s net-zero targets.

“Our Programme for Government has already set out steps we are taking to respond to the climate emergency head on, including significantly increasing tree planting levels, restoring peatland, promoting low carbon agricultural practices, developing guidance to encourage more people to consume more sustainable healthy locally produced food and establishing a New Green Deal for Scotland, which will deliver billions of investment to our net-zero future and position Scotland to take advantage of a green economy.

The Scottish Government have committed to CCC recommendations on their climate targets and should now commit to ending muirburn on grouse moors – which is done to increase grouse numbers for sport shooting (2/2) pic.twitter.com/WfSoe9bAl5

“Furthermore the Scottish Government will shortly update our current climate change plan to reflect the increased ambition required by the global climate emergency and our world-leading statutory emissions reduction targets.

“This report highlights the challenges that await us, but they are challenges we will not, and must not, shy away from. We can reduce our emissions, become a driver of innovation and provide support to our communities to navigate these changes. But it also highlights the opportunity to create a low carbon economy and manage our land sustainably to benefit future generations.

“We have been clear that our farmers, food producers and land managers are part of the solution to addressing climate change. However, make no mistake, Scotland’s commitment to transition to a net-zero society by 2045 will require additional effort from everyone.”sh

A UK Government spokesperson said the government would consider the proposals included in the report.

Although the report was widely welcomed some have called for much more radical changes in terms the amount of the UK’s farmland which should be transformed.

Friends of the Earth campaigner Sandra Bell said the woodland creation target from the CCC should be twice as high.

The Scottish Greens said the recommended target for a fifth of Scotland to be reforested did not go far enough and warned the proposal would hand cash to wealthy landowners.

“Of course Fergus Ewing would endorse a call to hand over funding to wealthy landowners and expect them to reduce emissions. The Committee for Climate Change proposal would do exactly that, when what is really needed is a just transition, reforming land use for the benefit of all.

“Historically, rapid reforestation has only happened through an empowered and strengthened public sector, and that is what is needed now. Instead, up to a fifth of our landmass is kept barren so people can shoot grouse.

“Let’s not put our future in their hands, and instead transform rural Scotland with a Scottish Green New Deal, creating thousands of jobs.”

Dr Sheila George, Food and Environment Policy Manager at WWF Scotland commented: “This latest report from the UKCCC once again emphasises what a critical role our natural environment can play in capturing and storing carbon.  It also highlights the land use interventions that will be required to reduce emissions. Delivery will bring challenges and changes, but also considerable benefits for society.

“However, as the UKCCC has previously pointed out, current government land-use policy in Scotland is not sufficient to put us on the path to ending our contribution to climate change, and Scottish Ministers have yet to set out long term plans for funding to support delivery of mitigation measures.

“We need a Scottish Agriculture Bill that puts the role of land in tackling the climate and nature emergencies at the heart of how we support land use.” WWF Scotland Food and Environment Policy Manager Dr Sheila George

“We need to see new financial commitments in the upcoming Budget that help farmers accelerate action to reduce their emissions, we need land use decisions to be guided in an evidence-based and strategic way through national and regional land use plans and we need a Scottish Agriculture Bill that puts the role of land in tackling the climate and nature emergencies at the heart of how we support land use.”

Speaking to CommonSpace, Dr Craig Dalzell, head of policy and research and Common Weal, said: “Common Weal and others such as the Revive Coalition have repeatedly pointed out that in order for Scotland to meet its climate change ambitions then it must deal seriously with land ownership and land use.

“Reports such as the Werrity Report have also stated clearly that there are no barriers to the required transitions other than the purely political.

“It is time for the Scottish Government to show that its stated ambitions are actually goals rather than a smokescreen of soundbites, to adopt a radical decarbonisation plan like Common Weal’s Our Common Home and, most crucially of all, to start implementing it. There are no more excuses for delay and no more time left to delay until.”