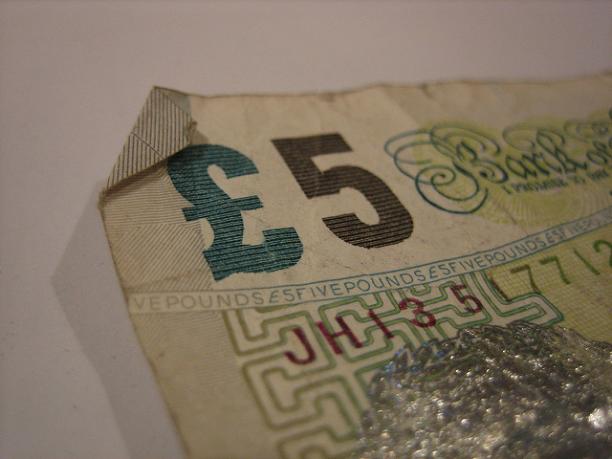 SUPPORTERS of a Scottish currency in an independent Scotland have cautiously welcomed new proposals from the SNP leadership signalling backing for an independent currency, but warned that the details would be crucial.

Writing in The National, SNP deputy leader Keith Brown outlined a position at odds with the currency plan’s in the controversial Growth Commission (GC) report, which had advocated informal use of the UK pound – a policy known as Sterlingisation – until a set of six tests could be met for establishing a Scottish currnecy “at some future date”, and possibly not at all.

Brown said that the leadership’s motion to Spring conference would back the GC report but will instead contain no “open ended commitment” to using Sterling, and that there would be a vote at the end of the first parliamentary term of independence – with the work to build the infrastructure of a central bank complete – about whether to move to a Scottish currency.

Brown said that the new position had been informed by the SNP’s national assemblies, held last year following the public of the GC report to consult party members on its recommendations.

He wrote: “We will propose that it should now be party policy that an SNP government in an independent Scotland would establish an independent currency.”

Brown added: “We propose that necessary preparations, including the work of building the institutions that we need, such as an independent central bank, would begin during the transition period.

“And the aim of an SNP government would be to complete preparations in time for the newly independent Scottish Parliament, informed by assessments and information from the Central Bank, to take a decision on establishing a new currency by the end of its first term.

“This will ensure that the use of sterling is not an open-ended commitment – an issue raised at the National Assemblies.”

The SNP deputy leader also appeared to signal a move away from the Growth Commission’s proposals around deficit reduction – which would have seen  the prioritisation of reducing of an independent Scotland’s deficit to at least three per cent within the first years of independence regardless of economic growth rates – when he stated that they would “reject austerity outright”.

However, it remains unclear as to whether the SNP leadership is seeking to scrap the GC’s proposed fiscal rules entirely, as well as other controversial parts of the reports proposals, including six tests to be met to move to a new currency and ‘Solidarity Payments’ from Scotland to the rest of UK as part of an agreement over debts and assets. CommonSpace sought clarity on these issues from the SNP but had not received a response by time of publication.

Responding to the announcement, George Kerevan, former SNP MP and prominent advocate for a Scottish currency, told CommonSpace: “The decision by Keith Brown and the SNP leadership to commit now, before a second independence referendum, to a Scottish currency should be welcomed. The leadership has caught up with the members.

“However, the devil is always in the political detail. We need a clear declaration from Keith that the bogus six tests laid down in the Growth Commission Report have been dropped. Starting a new currency is a political decision. It must not be subject to veto by the banks.”

Robin McAlpine, director of the Common Weal think-tank which has developed a White Paper for Scottish independence based on a Scottish currency being introduced on Independence Day after a three year transition period where the necessary infrastructure would be established, said that Brown’s announcement was a “big win” for Scottish currency advocates, but that SNP members should seek to amend the proposals to ensure the independence vote itself is a mandate for a currency, not a future vote in parliament.

He said: “This is a big win for supporters of a Scottish currency and a major step forward.

“However, there remain some substantial concerns over the proposed process and timescale. Above all, the membership of the SNP should amend these proposals so that the mandate for a Scottish currency comes from the referendum vote and not from a future vote of the Scottish Parliament.

“Having our own currency is fundamental to making independence work and Scottish voters should know exactly what they’re voting for.”

Common Weal has written up seven question which it is seeking answers from the SNP about its new position, these are:

– When people vote in an independence referendum, will they be voting for an independent Scotland with its own currency? If so, why does there need to be a secondary vote in a future Scottish Parliament?

– Under these proposals it looks like the earliest a currency would be set up would be about nine years after a vote for independence (assuming two years from the vote to Scottish elections, four year term with a vote on currency at the end and then three years to set it up). It would be longer if a constitutional amendment was required. Is this correct?

– What will be Scotland’s economic policy in the event of a financial crisis in London or the wider world economy during the nine years in which Scotland will have no control over monetary policy and limited control over fiscal policy?

– What happens if the SNP does not become the government after the first election in an independent Scotland, or if there is a vote against a currency in the Parliament? Are we to be permanently Sterlingised in that circumstance?

– If austerity has been rejected, does that meant that the six tests for a Scottish currency have all been rejected AND that all the fiscal rules limiting public sector expenditure set out in the Growth Commission report have also been dropped?

– Will an independent Scotland adopt the UK’s financial regulation and tex system more or less as is, as is proposed in the Growth Commission report?

– Is the SNP committed to the ‘Solidarity Payment’ in the Growth Commission which would mean Scotland accepting a population share of UK debt without negotiation?

Writing on his blog, Richard Murphy, tax economist and strong critic of the Growth Commission report, said the proposals were “vastly better” than the “Growth Commission plan”, but still “not enough”.

He said: ”if the SNP is serious about independence it is not enough. Any period using sterling would be deeply damaging to a newly independent Scotland, meaning it could not create its own economic, monetary and fiscal policies, in turn meaning that it might well have less real power than Holyrood now because the reality would be that all power would lie in London.

“What is more, under EU rules it has to have its own currency to apply for membership. So it would fail there too.”

Murphy added: “If the SNP is serious about independence there is only one option available to it, and that is its own currency from day one. Otherwise it may well be trapped in dependency forever, which is the exact opposite of what it says it wants.”

Also writing in the National, Andrew Wilson, Growth Commission chair and head of corporate lobbying firm Charlotte St Partners, said he welcomed the SNP resolution, but did not refer specifically to the currency plans.