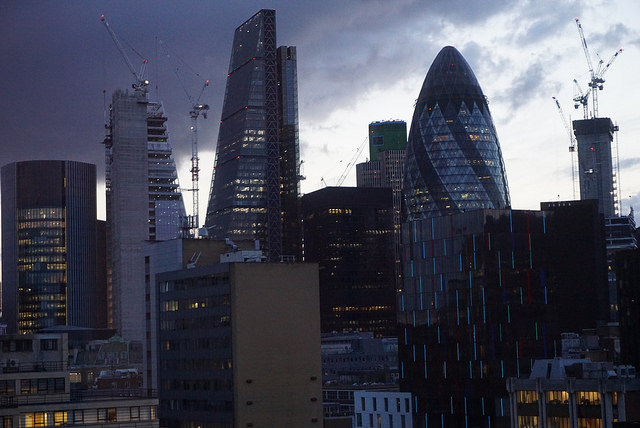 Adopting UK banking regulations in an independent Scotland would be at odds with the work of the SNP in Westminster, according to former SNP MP George Kerevan

FINANCE campaigners and experts have told CommonSpace that the plans in the Sustainable Growth Commission to adopt the UK’s financial regulation rule-book in an independent Scotland would be a “curious misstep”.

The Growth Commission, chaired by former RBS banker and corporate lobbyist Andrew Wilson, proposed in its final report to the SNP on 25 May that an independent Scotland should “adopt, at independence-day, the existing Financial Conduct Authority and Prudential Regulation Authority rule books”, adding that “the overriding need for stability and continuity means that equivalence would have the highest priority”.

The regulatory proposals are part of the Commission’s recommendation to continue using pound sterling after independence outside a currency union with the Bank of England, a model known as Sterlingisation.

In the wake of the 2008 financial crisis the UK’s regulatory system was widely criticised for failing to prevent banks, which required the largest public bailout in UK history at £1.3 trillion, from taking excessive risks which led to the deepest global recession since the 1930’s.

UK Government regulatory changes since have been widely criticised by experts for having little teeth, and Ian Fraser, award-winning financial journalist and author of ‘Shredded: Inside RBS, the bank that broke Britain’, said that the Commission had “missed a trick” by not seeking to change the UK system in an independent Scotland.

“My personal view is that the Sustainable Growth Commission has missed a trick,” Fraser said.

He continued: “Overall the commission seems to have erred on the side of “not frightening the horses” and timidity — at least for now.  Hence the report’s strong emphasis on ‘equivalence’.

“And at the very least, one might have thought that the Sustainable Growth Commission could have targeted a more effective conduct regulator than the mainly ‘captured’ Financial Conduct Authority.”

The Financial Conduct Authority (FCA) operates independently of the UK Government, and is funded through fees from banks in the financial sector. It was criticised by a UK Parliamentary committee in 2013 for its “inadequate” regulatory power after the LIBOR interest rate swap scandal.

Fraser did add that the Growth Commission does “leave the door ajar to something a bit different further down the track” pointing to the section of the report which argues that “it is hoped that over time there would be opportunities for substantial simplification” of the regulatory system.

“The phrase ‘opportunities for substantial simplification’ is more promising than it might at first seem,” Fraser said. “This doesn’t have to be lowering the regulatory bar or emulating Gordon Brown’s passion for ‘light touch, limited touch, zero touch’ financial regulation which fuelled the UK banking crisis of 2007-9. The astonishing complexity of UK and European financial regulation as they currently stand does not necessarily work in consumers or taxpayers’ favour.”

Joel Benjamin, finance campaigner in Community Reinvest and People V PFI, stated that the dominance of the City of London’s light-touch regulated system in the UK had driven inequality to new heights and “installed London as the global capital for money laundering”, something an independent Scotland should be seeking to avoid.

Benjamin told CommonSpace: “For three decades, Britain has been governed according to the adage that what is good for the City of London is good for Britain as a whole.

“As a result, we now have the most unequal and socially divided country in Europe – driving the Brexit phenomenon and installing London as the global capital for money laundering.

“Given Westminster has become a byword for City of London corruption – it would be a curious misstep, were an independent Scotland to adopt the same failed financial rules of the PRA and FCA (funded by the firms it ‘regulated’) which have allowed London to become the undisputed cesspool of global capitalism while failing to hold bank executives accountable for an ongoing barrage of criminality.

“Having spent much of the last decade fighting for independence from London and against the imposition of frauds like PFI, I would expect more awareness and informed leadership from an independent Scotland.”

The National Crime Agency estimated last year that as much as £90bn linked to crime is laundered through the UK every year, with the City of London at its centre. The NCA described the UK as one of the most attractive places in the world “for laundering the proceeds of grand corruption”.

George Kerevan, former SNP MP and economist, wrote in The National last week that the Commission’s proposals were contrary to the effort of SNP MPs at Westminster who had fought “tooth and nail” against “useless” UK banking regulations for two years.

“To comfort the City, Wilson proposes that an independent Scotland adopt wholesale the current UK bank supervision rules. These are the much watered-down – useless – version of regulations against which I and other SNP MPs fought tooth and nail for two years at Westminster,” he said.

Wilson defended the Growth Commission from critics on the left, saying that it was important to care about the City of London because it funds people in Scotland.

He said: “People on the left may say: ‘Who cares about the City?’ Well if you don’t care about investors and the people who fund you and create jobs, well then you don’t win, you don’t succeed. We exist in a world where we need to get other people to put their pensions into buying our debt so that we can fund public services.”