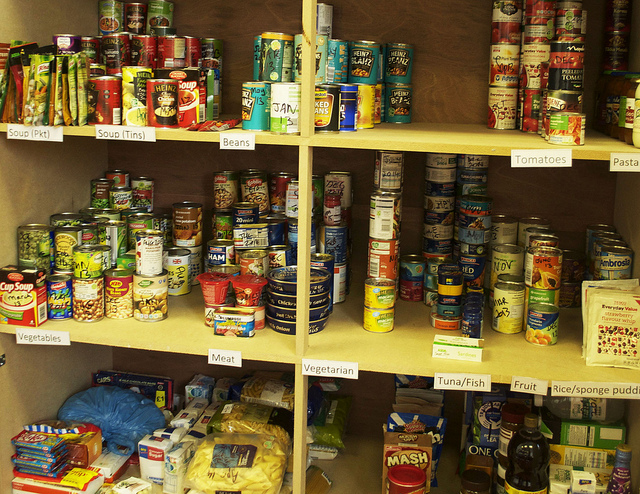 Following fresh controversy in the Scottish Parliament over the need for a Good Food Nation Bill, food justice campaigners are feeling inspired into action on the growing crisis of food insecurity. Guppi Bola, interim-director of Medact, explores the interrelated nature of income insecurity, hunger and its impact on health inequality.

UNDERSTANDING food insecurity across the UK has long been a concern of campaigners.

The Scottish Government, unlike its neighbours, have adopted the UN Food Insecurity Experience Survey (FIES) questions in their household survey for which we’ll have the 2017 results by the end of this month. Growing numbers of families are unable to sustain healthy patterns of food consumption, and food bank usage is currently one of our only means of assessing the scale of the problem.

Whilst we quietly observe the political process for establishing the UK Food Insecurity Bill (for which we will have to wait till October 26th for it to get its Second Reading), we need to build greater awareness of the human right to safe and affordable food for all. For this, members of Medact will be exploring how their campaigning efforts can support the movement for food justice.

Food justice looks like a community being able to exercise their rights to grow, sell and eat healthy and sustainable food. It centers on those impacted by the growing price of food that is eating into household incomes, already strained by rising rent prices and wage stagnation. Medact’s role in this movement is to amplify the voices of those affected, in a way that walks alongside communities who are struggling to feed their families.

Health professionals are some of the first to witness the impact of malnourishment – a shocking reality in the UK in 2018. Childhood hunger, a growing phenomenon that put 3 million children at risk of hunger during the recent summer holidays, can predispose them to chronic disease, poor mental health, and damaging health behaviors in adulthood. Evidence shows that one in four parents are missing meals in order to ensure their children eat first, imposing additional strain and stress on the body at a time it is already fatigued, traumatised.

Hunger ensures your immune system and other body defenses are at their most stretched, so that an underlying conditions could lead to greater health impacts. Those working in health clinics not only need to be able to identify the early signs of malnourishment, but also need to feel empowered to support their patients out of long term food insecurity.

This is where the work that Medact does, to provide a political home for health professionals to take action on the issues they care about, becomes most alive.

Join healthcare professionals from across the UK next week at Medact’s event Food For Thought on Friday 21st September at Kinning Park Complex, Glasgow. Pete Ritchie from Nourish Scotland will lead us in discussion on the role of healthcare workers campaigning for food justice as a human right in Scotland, and members of Medact will speak about their work campaigning around nuclear arms and climate change. To book your tickets and find out more about the Food for Thought event click here. On Saturday 22nd September Medact Scotland will be transporting healthcare professionals to the ‘Nae Nukes Anywhere’ rally at Faslane Nuclear Base, home to the UK’s Trident submarines.