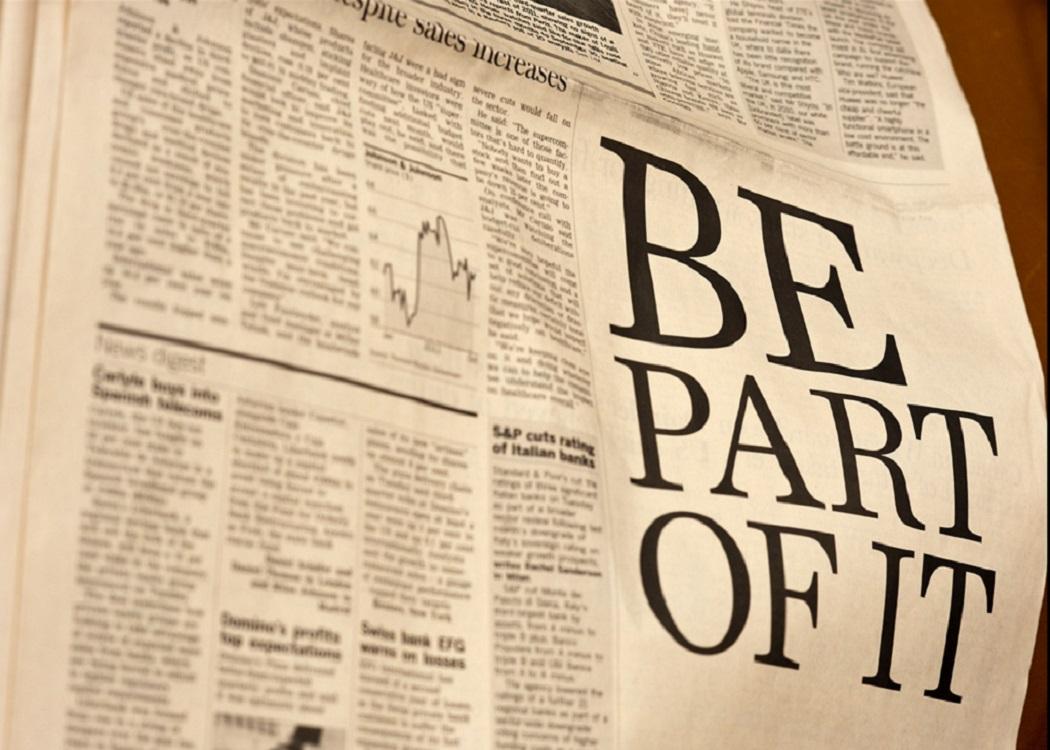 Marking the official launch of CommonSpace, author and poet Hamish Scott takes a look at how the media landscape in Scotland has been rocked by the emergence of new media.

THE whole independence referendum campaign was dominated by a traditional broadcasting and print media steeped in the unionism of the British political establishment. A media so hostile to independence in both its reporting and commentary that even the BBC’s coverage was found to be significantly biased against it by two independent academic studies.

Pro-independence broadcasting was restricted to Referendum TV webcasting, a daily programme for much of August and September of 2014, with presenters including the journalists and broadcasters Iain MacWhirter and Lesley Riddoch; and Bateman Broadcasting, created by the former BBC Scotland journalist and broadcaster Derek Bateman, webcasting regular radio programmes.

The response to this media imbalance was the emergence and growth of an online media largely developed from a number of modest blogs.

Of newspapers, only the Sunday Herald supported independence.

The response to this media imbalance was the emergence and growth of an online media largely developed from a number of modest blogs.

Three of the most conspicuous players, experiencing exponential growth in readership, were Bella Caledonia, Newsnet Scotland and Wings Over Scotland. Bella and Wings were founded, edited and run by professional journalists and focused on commentary. Newsnet, begun by a group of amateur enthusiasts, focused on reportage.

Newsnet and Wings both used crowdfunding to important effect later in the campaign. Wings had remarkable success in fundraising. Its second crowdfunding appeal, for example, reached its ambitious PS53,000 target in a little over eight hours, and raised over PS100,000 in less than a week.

This allowed it to employ its founder and editor full-time, commission opinion polls from a leading polling company, and produce the ‘Wee Blue Book’: a concise guide to the pro-independence argument, which saw more than 300,000 copies printed and more than 800,000 copies downloaded.

All three sites had a large and diverse number of contributors, many of them citizen journalists, and allowed comments on all articles. A notable feature was the personal engagement of the journalists with the readers making below-the-line comments. For Bella and Wings in particular, these comments became a vital and integral part of their sites.

In the aftermath of the referendum result, the pro-independence media has largely continued as before, while plans to expand, or create new outlets, are in various stages of development.

The opposing media in the referendum campaign became symbolic of the Scotland they were campaigning for. The unionist media, dominated by print and broadcasting, was largely owned and controlled by, and accountable to, external interests. It was financed to a considerable extent by involuntary funding such as corporate advertising and, in the case of the BBC, the state imposed TV licence fee. It was hierarchical in organisation and run by a paternalistic, self-regarding elite, and treated the public as either passive consumers or very much subordinate participants.

The predominantly online pro-independence media was largely owned and controlled by, and accountable to, Scottish interests, and was financed voluntarily by individuals. It was organisationally flat and operated with a democratic and egalitarian ethos, and involved the public in citizen journalism and personal engagement with journalists on a fairly equal footing.

In broadcasting, Referendum TV became Broadcasting Scotland, with the intention of providing a wide variety of programming for five hours a day on satellite within a year. However, the PS60,000 fundraising appeal to finance this only raised PS2,000 and its intended launch on 30 November 2014 was abandoned.

The makers of Dateline Scotland, a spoof news programme webcast during the referendum campaign, and distinguished by high production values, formed Scottish News. Its intention is to produce Scottish Evening News, a webcast half-hour daily news programme, providing ‘well-resourced, high-quality video coverage of international, UK and Scottish stories from a Scottish viewpoint’, and supplemented by further online content. It is currently seeking the necessary financing for its intended launch in the spring.

Bateman Broadcasting has taken over and merged with Newsnet Scotland to become Newsnet.scot as a multi-media platform including webcasting radio and television.

The print media has seen perhaps the most significant post-referendum development with the appearance of The National as a pro-independence weekday daily newspaper. Launched on 24 November 2014 by Newsquest, owners of the Herald and Sunday Herald, the paper is unusual in only having 32 pages and selling at 50p. Daily print circulation has settled at around 15,000. In a nod to citizen journalism, The National is open to ‘longer letters’ from its readers. A digital edition is also available by subscription.

Other new print media include a free, glossy print edition of the bi-monthly online current affairs magazine iScot launched at the end of 2014. Although it is produced by professional journalists, they are not paid for their work on it.

The digital edition of iScot is perhaps the most significant post-referendum newcomer to an online pro-independence media otherwise most notable so far for continuing largely at the pace and scale of the referendum campaign.

Its new incarnation is far from complete but soon faces its first major political test in the imminent Westminster general election campaign when we will see what impact it has on the campaign in Scotland and, for that matter, what impact the campaign has on the development of the media.