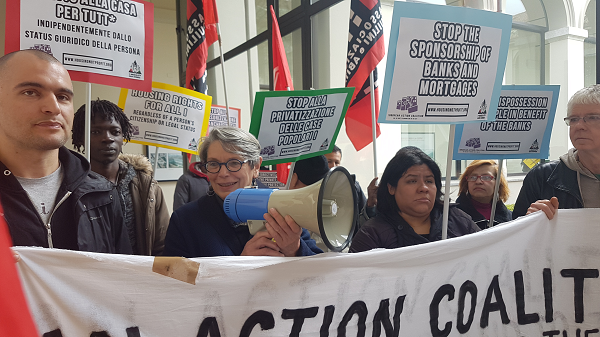 Craig Paterson provides an eyewitness account for CommonSpace from Milan, where the European housing movement has taken its demands directly to the European Parliament and European Commission offices

A EUROPEAN coalition of housing campaigners demanded the EU take action to solve the housing crisis in Milan today [13 April], confronting representatives of the European Parliament with their list of demands.

“European Union representatives say they don’t have direct responsibility in housing but there are concrete actions and strategies taken by the EU institutions that are negatively impacting the direct access to housing, for instance the liberalization of rental market through memorandums, or the limiting of public housing spending through european fiscal treaties,” she said.

“The financialisation of housing is the result of the expansion of neo-liberal capitalism and its propensity for the commodification of all spheres of life.” European Action Coalition

The EAC coalition comprises 30 member organisations in over 25 countries who have joined together this week in Milan to plan out a Europe wide strategy to tackle homelessness, the lack of affordable social housing and the increase of evictions across the continent.

The EAC #handsoffourhomes campaign website states: “The European Action Coalition is launching a campaign against the financialisation of housing.

“The financialisation of housing is the result of the expansion of neo-liberal capitalism and its propensity for the commodification of all spheres of life. Neo-liberal deregulation favours the private sector by appropriating housing and transforming it into a commodity.”

The coalition delivered a letter to representatives of the European Parliament and the European Commission with the following demands:

A report by Housing Europe last year found that the proportion of households paying more than 40% of their income on housing costs has grown by an additional three million households in six years, from 9.9 per cent in 2009 to 11.3 per cent in 2015. 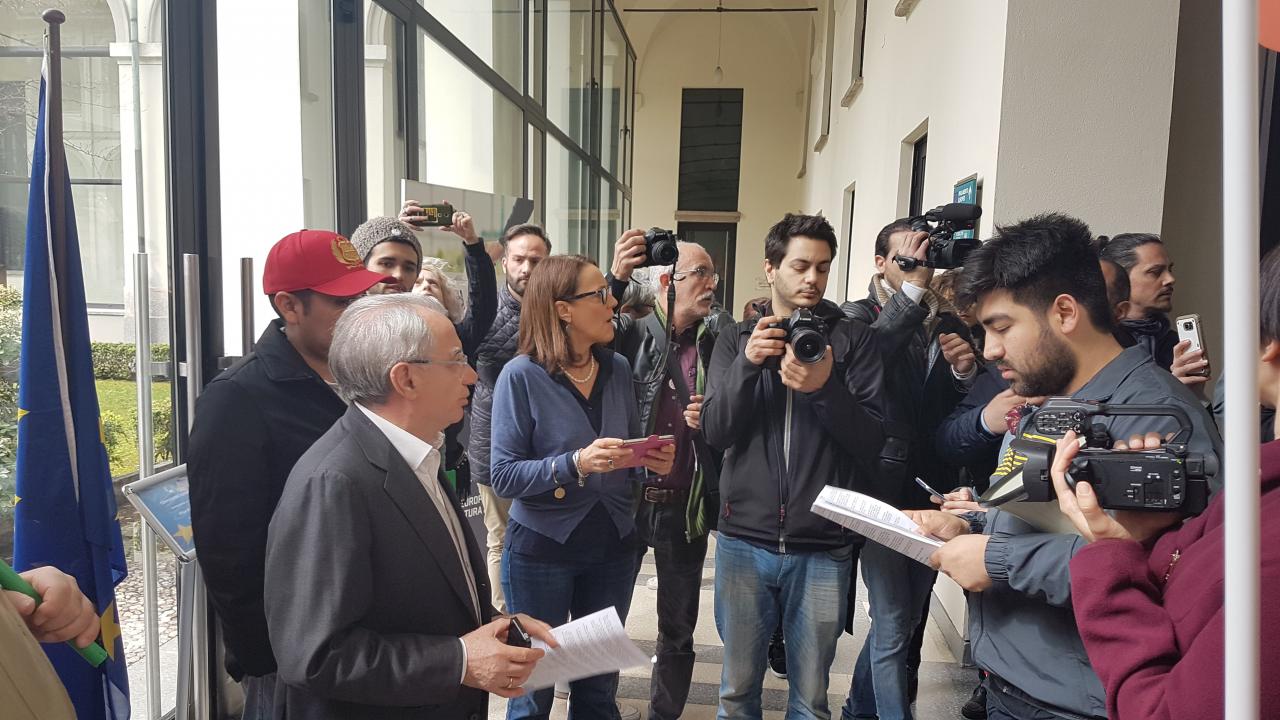 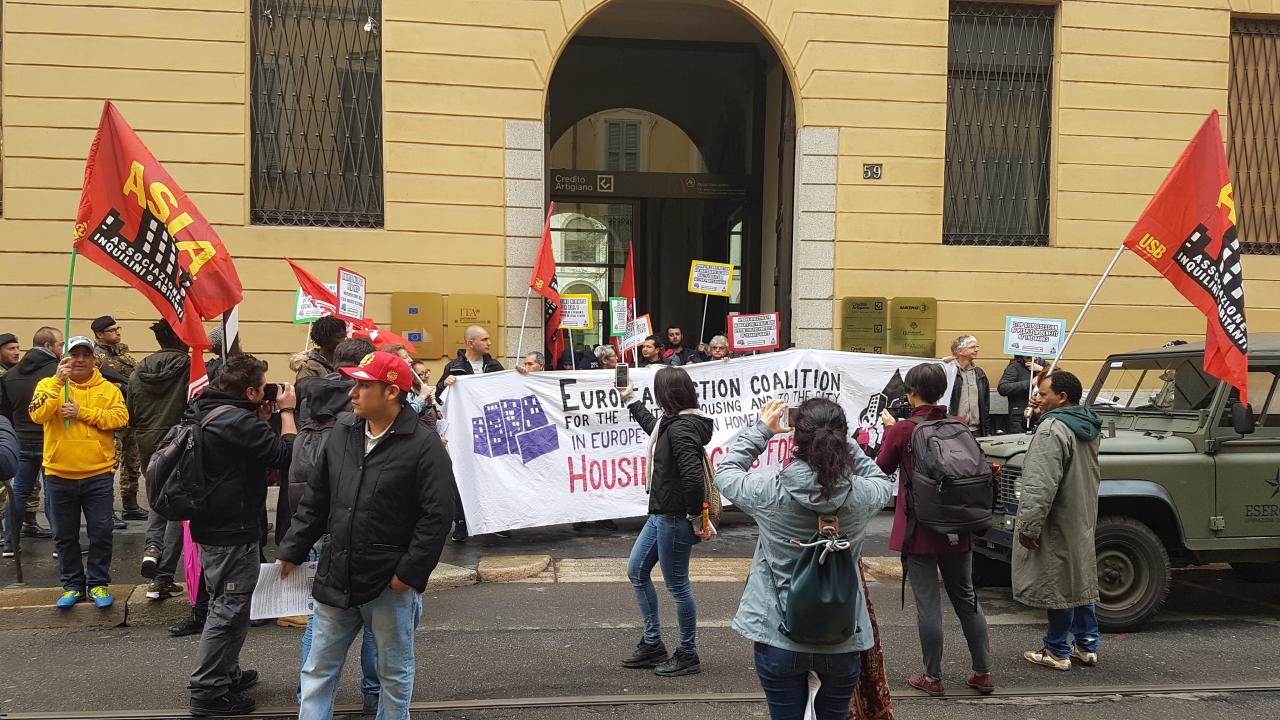 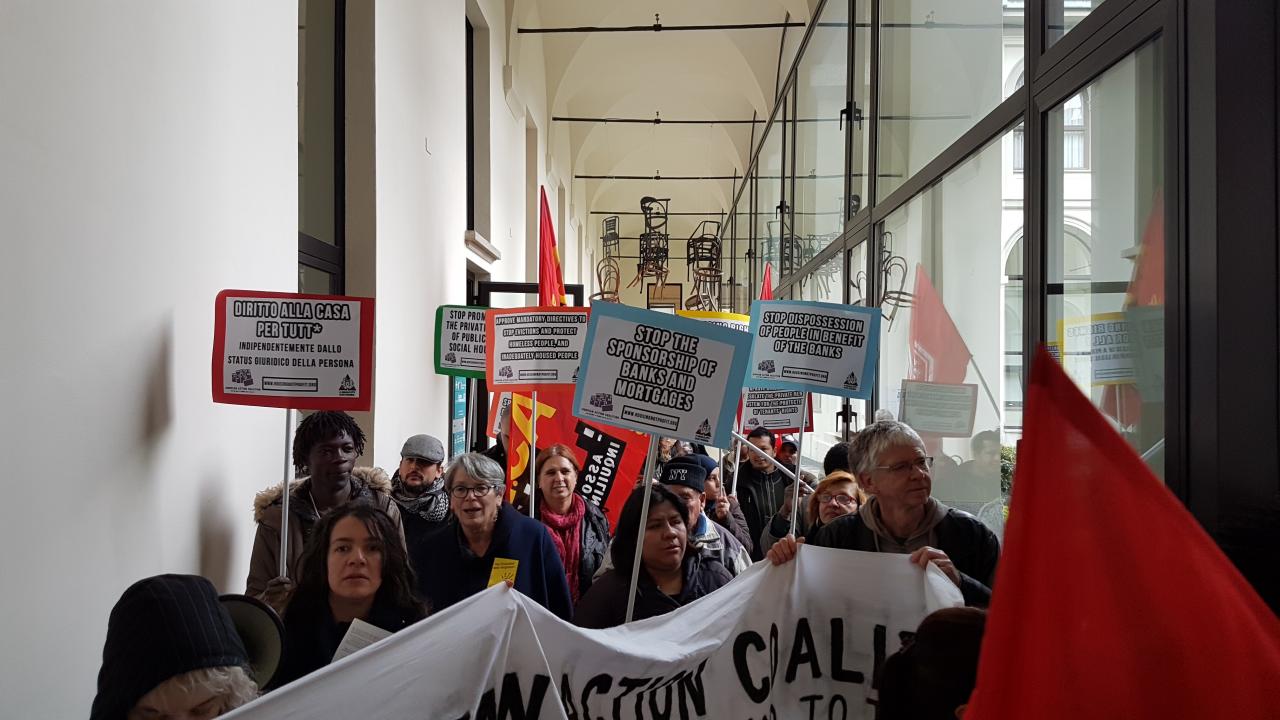