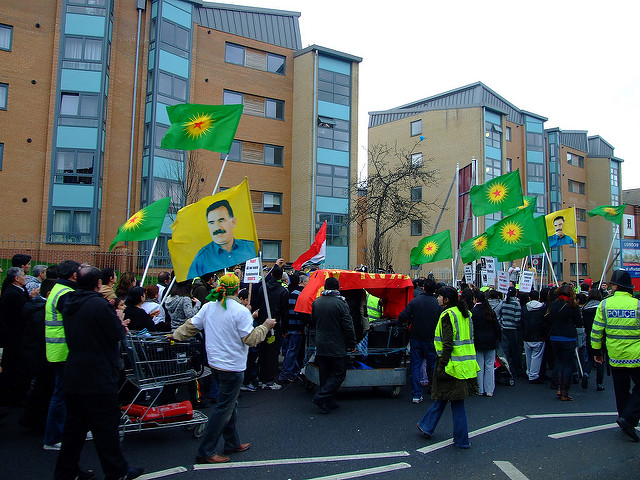 Established by GMB, Unite and other trade union supporters, the Freedom for Öcalan Campaign has drawn the Ambassador’s attention to the fact that Öcalan has now been imprisoned in Turkey for 19 years and argued that the Kurdish activist is “the key to resolving the Kurdish Question and achieving a peaceful solution”.

Chief spokesperson of the Kurdish Freedom Movement and founding member of the PKK (Kurdish Workers’ Party) in Turkey, Öcalan was convicted by Turkish authorities of treason and separatism and has been sentenced to life imprisonment.

The PKK has been in ongoing armed conflict with the Turkish state for decades and has been classified by Turkey, the UK, and EU as a terrorist organisation, although the appropriateness of this classification has been disputed.

The European Court of Human Rights ruled in 2005 that Turkey had violated Öcalan’s rights as he had not been provided with a fair trial or opportunity to appeal his case, however, no retrial has been permitted. Since 2011, Turkish authorities have refused to allow him any access to his lawyers.

Now, campaigners are calling for the British Ambassador to Turkey to aid their efforts to communicate with the imprisoned leader. 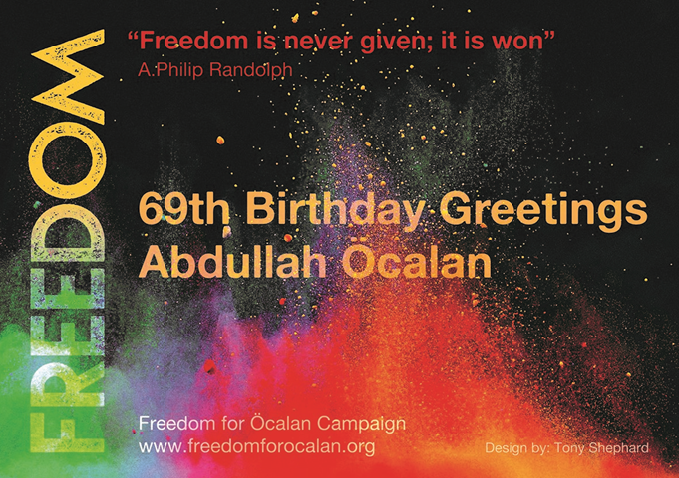 Stephen Smellie, campaign secretary for the Freedom for Öcalan Campaign, co-chair of Scottish Solidarity with Kurdistan and depute convener of Unison commented: “Öcalan has been in prison for 19 years, mostly in solitary confinement on Imrali Island, where for a number of years he has not had access to his family, lawyers or independent medical advice.

“Given these human rights are denied to him it is very unlikely that they will allow him a birthday card from trade unionists in the UK.

“Therefore we thought it would be appropriate to seek support from the Ambassador to allow UK citizens to deliver birthday greetings to an elderly gentleman whom we believe is crucial to the efforts for a democratic and peaceful solution to the conflict in Turkey.”

Öcalan has continued to be an influential figure in the Kurdish movement, having published several books from prison promoting a political solution to the conflict and the adoption of a system of direct democracy and gender equality.

In a letter to the Ambassador, the union-based campaign explained that it seeks to raise awareness of Öcalan’s incarceration and “the refusal to afford him his human rights”.

The letter added: “Over the years Mr. Öcalan has written and spoke of the need for a democratic and peaceful resolution to the conflict in Turkey and the wider region. His teachings on democratic Confederalism, equality and ecology have inspired millions of Kurdish people and a growing number of UK citizens.

“It is fact that it is he who the Turkish government has turned to on a number of occasions when they sought to achieve a negotiated peace. As recently as 2014/15 government officials were engaged in negotiations for peace with Mr. Öcalan until these talks were ended on the instructions of President Erdoğan.”

Given that it is unclear whether Öcalan is able to receive information from the outside, the campaigners have requested that the Ambassador “undertake to arrange for the enclosed card to be delivered to Mr. Öcalan on behalf of the UK trade union movement”.