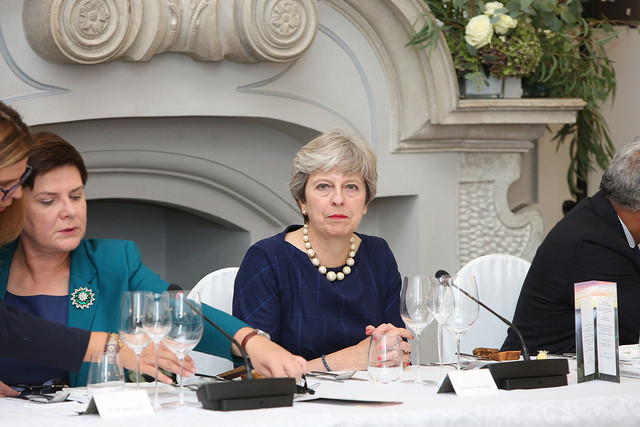 A REPORT BY London School of Economics (LSE) has found that Scotland’s economy can expect to lose £17 billion over five years as a result of a soft Brexit, while a hard, no-deal Brexit would result in a £29.4bn loss.

The findings reveal the high economic risk of the UK Government failing to reach a deal with the European Union (EU) – a risk which critics say appears ever more possible given the lack of progress in EU negotiations.

The report found that Aberdeen would be the worst hit region in the UK excluding the City of London. While Aberdeen is predicted to lose 4.5 per cent of the value of its goods and services over five years under a soft Brexit, the region would lose seven per cent under a hard, no-deal Brexit.

“This could be twice as bad if a reckless Tory government plays fast and loose with Scotland’s economy and heads for the EU exit door without securing a deal.” Joan McAlpine MSP (SNP)

Responding to the report, the SNP has demanded that the UK government publish its own analysis into the impact on Scotland of leaving the EU.

Joan McAlpine MSP said: “If people were in any doubt about the costs of Brexit, this report makes it perfectly clear – Scotland will pay a heavy price for being dragged out of the European single market against our will.

“But while all Scottish regions are set to suffer, this could be twice as bad if a reckless Tory government plays fast and loose with Scotland’s economy and heads for the EU exit door without securing a deal on the single market.

“The SNP has been completely consistent on this point – maintaining Scotland’s single market membership is absolutely vital in terms of protecting jobs, living standards, Scottish businesses and – as this report shows – the sale of goods and services from each and every part of our country.”

The LSE analysis adds to controversy around the Department of Exiting the EU’s refusal to confirm whether or not it had conducted its own regional impact analysis of Brexit. A former aide to the department reported that such analysis had taken place and that Scotland and the North East of England would be hit the hardest.

McAlpine added: “While the UK Government has kept under wraps its own analysis of the hefty price Scotland will pay for Brexit, they can’t keep this hidden from the public any longer. Scottish businesses deserve the truth.

“It’s time for the UK Government to listen up – Scotland won’t pay a £30bn bill to be dragged off a Brexit cliff edge. We need a single market deal that works for Scotland and we need that guarantee now.”

The LSE report revealed that the UK would likely lose £235bn as a result of a soft Brexit, while the figure would rise to £430bn under a no-deal Brexit.