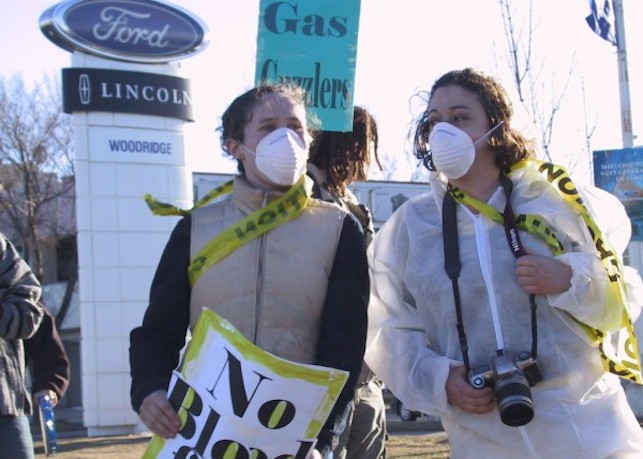 DANGEROUS POLLUTANTS threatening public health are above acceptable levels in Scotland’s biggest city, according to a new report from the World Health Organisation (WHO).

Glasgow was named alongside other major UK cities like London, Leeds, and Liverpool for exceeding acceptable levels of pollutants PM10 and PM2.5 (forms of particulate matter).

Campaigners and the World Health Organisation (WHO) have warned that dangerous levels of pollution is a direct cause of poor health and breathing difficulties.

“Air pollution claims over 2,500 lives each year in Scotland so the new parliament must act urgently to clean up our air.” Friends of the Earth Scotland

Glasgow was the worst performer in Scotland measuring 23 ug/m3 (micrograms per cubic meter of air) for PM10, and 16 ug/m3 for PM2.5 in 2013. Edinburgh recorded 14 and 8 ug/m3 respectively for the two micro-pollutants. Aberdeen was lower at 13 and 9 ug/m3, while Inverness has the best air of any Scottish location listed with 12 and 6 ug/m3 for PM10 and PM2.5.

Environmental campaign group Friends of the Earth Scotland warned that the results show the high risk of air pollution to public health.

Director Dr Richard Dixon commented: “The global death toll from air pollution is staggering and this research shows that no nation is completely immune from its impacts.  Transport systems around the world are having a hugely damaging effect on our health and our climate. The WHO report specifically highlights the problems for health in Glasgow.

“Poor air quality impacts are felt most by the elderly, young people whose lungs are still developing and those who are already ill. By taking action to cut air pollution we’ll improve public health, reduce its cost to the NHS and protect some of our most vulnerable citizens. Making transport greener will also reduce climate change emissions.

“Air pollution claims over 2,500 lives each year in Scotland so the new parliament must act urgently to clean up our air. The SNP manifesto commitment to deliver at least one city Low Emission Zone by 2018 is welcome but this process must be accelerated.

“MSPs must also work to shift transport spending priorities. If we continue to see billion-pound budgets for road expansion and motorway building, Scotland will not see the transport transformation that it desperately needs. The government’s aspiration to have 10 per cent of journeys made by bike by 2020 is out of reach without immediate increases in funding and support for walking and cycling.”

“While we have made good progress, we recognise there is more to be done.” Glasgow City Council

Dr Maria Neira, WHO department of public health, said that efforts to improve air quality can improve public health across the world: “Urban air pollution continues to rise at an alarming rate, wreaking havoc on human health. At the same time, awareness is rising and more cities are monitoring their air quality. When air quality improves, global respiratory and cardiovascular-related illnesses decrease.”

A spokeswoman for Glasgow City Council said that the city had met WHO target levels for 2015. “While we have made good progress, we recognise there is more to be done,” the council added.

The WHO also made various recommendations to improve air quality.

Glasgow MSP Patrick Harvie called for this issue to be a priority for the new Scottish Government transport minister.