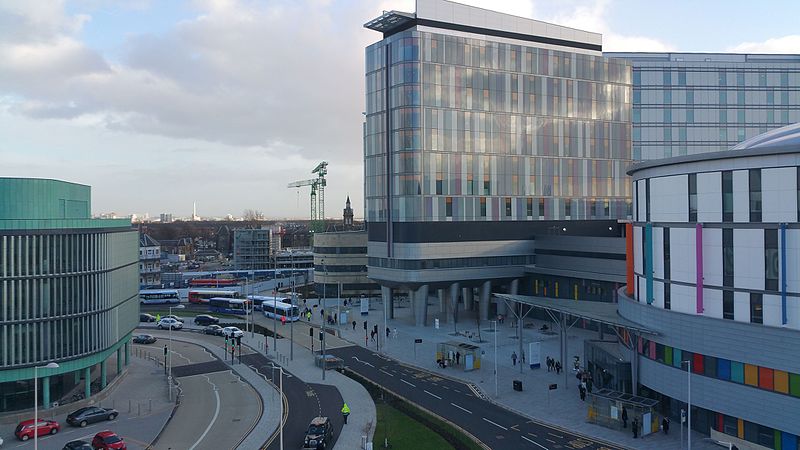 Serious concerns were raised after a whistleblower revealed information to Anas Sarwar MSP and The Daily Record newspaper about a number of sick children contracting an infection linked to a contaminated water supply – with the deaths of two children being linked to infections possibly contracted through water contaminated with bacteria.

Health officials said the children being treated on the cancer wards affected were particularly vulnerable to infection due to supressed immune systems.

The Crown Office is currently investigating the death of a three-year-old boy who died before the ward he was treated in was closed days later due to the discovery of bacteria in the water supply.

Three weeks following this, cancer patient Milly Main, 10, also died. Main’s mother, Kimberley Darroch, said she was “100 per cent sure” that her daughter’s death was linked to an infection caused by contaminated water.

Speaking to the Daily Record, Darroch said: “I feel let down and lied to. There are no words. I am in shock.”

Labour MSP Anas Sarwar previously accused Freeman of a “cover up” after it was revealed the health secretary learned in September that the boy had died after contracting an infection in a cancer ward in 2017.

Freeman confirmed to the health committee today that a public inquiry set up to examine the safety of both the Queen Elizabeth University Hospital campus and the new sick children’s hospital in Edinburgh would examine the contaminated water scandal in addition to the review already underway at QEUH.

“It is my understanding the current independent review has taken evidence on that, and therefore that is part of what they are considering. I would expect that the public inquiry will also take that into account,” she explained to the committee.

Scottish Labour MSP Anas Sarwar, who revealed the water contamination in the Scottish Parliament after contact with a whistleblower, has said the health committee itself should investigate in addition to the public inquiry.

“No stone must be left unturned in the search for answers for Milly’s parents and all the parents of children who contracted infections.

“I support the launch of a public inquiry, but that process could take years.

“Holyrood’s health committee is examining wider issues around Scotland’s healthcare environment, but I believe there now needs to be a specific focus on the water contamination scandal at the QEUH.

“Health board chiefs have tried to cover this up, and they need to urgently appear before MSPs, answer questions about the scale of the crisis, tell the truth, apologise to the whistleblower and staff for attacking them, and apologise to patients, parents and the public,” he said.

“No stone must be left unturned in the search for answers for Milly’s parents and all the parents of children who contracted infections.” Labour MSP Anas Sarwar

The opening of Edinburgh’s new £150 million sick kids hospital has been severely delayed after major faults were identified in the building’s water, ventilation and drainage systems.

A review also found failings in the hospital’s fire and electricity systems, with experts saying more needed to be done protect against a loss of electricity supply to critical services such as life support.

Freeman told MSPs she expected to announce before Christmas who would lead the inquiry into the problems.

Responding to a question from Labour MSP David Stewart, the health secretary confirmed the Scottish Government would fund remedial works at the Edinburgh hospital to ensure it could open as quickly as possible.

It would be for the public inquiry to determine whether financial redress from the contractor responsible for the project was appropriate, Freeman said.

Tory MSP Miles Briggs also raised the cost of long-running problems around the disposal of clincal waste after the company responsible, Healthcare Environmental Service, collapsed when it became embroiled in a clinical waste stockpiling scandal.

Emergency contigency measures were put in place by the government, but Freeman was unable to confirm the final cost of this until the new contractor takes over.